The Factor Five attempts to recover from the injuries suffered last Thursday when the pure SCIENCE of the Factor Five collapsed, fell onto the field in Seattle, and then turned into a flaming pile of rubble and angry dogs biting everything in sight. Pac-12 football, you are both a charmed and strange quark in the atomic substructure of college football, and even science cannot pin you down with any reasonable degree of precision.

Utah proves a new rule: if your unit rankings add up to anything resembling a quality bowling score, the unit in question is aflame, losing altitude, and seconds away from crashing into a vat of fluorine. Utah has exactly three rushing TDs in the 2012 season and managed just 26 yards total rushing against Arizona State last week. To put this in comparison, only Washington State (2.07 per carry) makes less on each rushing attempt that Utah (2.67). Washington State's run game is really just Connor Halliday tripping and falling forward on pass plays, and this is all very bad for the Utes.

USC best statistical category: net punting. If you had this in the "USC fantasy stats lottery" as their best clue, you should probably let the secret family you have trapped in a dungeon beneath your stairs out before the police find them, and then turn yourself into authorities. That's just fucked up, dude.

Matt Barkley has thrown five picks in his last three games. He threw just seven for the entirety of 2012. Lane Kiffin cuts off press conferences with reason: his injury-hammered offensive line has let Barkley get pressured, pressure has equalled mistakes, and also because Lane Kiffin is sort of a penis about things like that. They're still middle to top of the conference in everything else, and um ROBERT WOODS MARQISE LEE STUFF A-BLOWIN' UP.

USC, we know you have a bone-white horse of the apocalypse as your official mascot, and that's really cool, but to us you'll always be the school that brought us George Tirebiter. 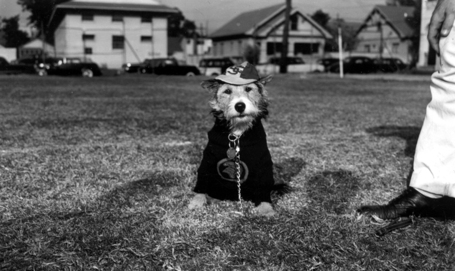 On the home side, Utah's mascot looks like a lecherous turkey vulture.

It's hard to make too many trends based on one year, but going 2-3 in conference play at home was a nasty blip in an otherwise long string of recent successes at home for Utah. The MUSS is a very red, very loud OH MY GOD-- 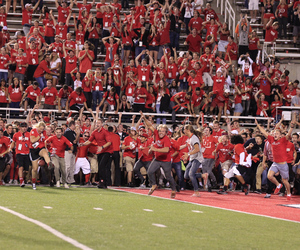 GRUDGES/SCORES TO SETTLE/SHEER CUSSEDNESS: From 1949 to 1992, Utah scored zero points in this rivalry. This would be the longest scoreless streak ever if USC was not tied for the record in this rivalry, since they too scored no points between 1949 and 1992, because that's how long these two reasonably close teams went between playing each other. Their first Pac-12 meeting in 2011 ended in a 23-14 USC victory reeking of "obligatory conference non-rivalry."

We think you know how this goes: USC dicks around for three quarters, hits two long plays, and then Utah stumbles down steps for the entire fourth quarter trying to make up a lead that seems mathematically possible but is emotionally insurmountable. Odd things have happened for teams on the road in Utah, but most of them seem to be happening to Utah these days (losing to Colorado last year, for instance) and not for the Utes. (USC even went to the trouble of getting their annual obligatory baffling conference road loss out of the way early.)

Kyle Whittingham still has the swolest traps in the league, though, and that's gotta count for something

USC, YOU'VE BEEN FACTOR'D! A 3-2 decision for USC hopefully puts the F55F preview back on track, and increases the calls for Kyle Whittingham to perform a five minute power clean ladder with 315 pounds to keep his job.