You won't evade us forever, Spaziani!

It is said that as many plays as there are in the whole season, so many are the quarterbacks and receivers that stand along the sideline; and these are stayed neither by snow nor rain nor heat nor darkness from misreading their appointed route with all speed.

It's a relatively short Spike Factor this week, thanks to Nature, which has never done anything for us and that's why it's ok to dump old motor oil down your toilet. Kentucky gets right back in the swing of things by notching a very competitive 43% (24/55) against Missouri, and yes we believe Georgia just let Kentucky do things on offense two weeks ago to make Florida feel even worse about itself eventually. Not that the Gators needed a ton of help in that area, hitting their highest Spike Factor of the season with a gagtastic 39% (19/57). Hey, look over there, it's a Giant Let's Talk About Anything Else But This Game! (Curious parties can check out our ongoing high-tech spreadsheet for further details.)

If there's anything this research (we have to call it that to get all that sweet government funding) is confirming, it's that shitty teams start off shitty and stay shitty all season. You may go ahead and retrieve your jaw from the floor. It's therefore not surprising when:

- NC State, who's already broken 40% in three games this season, hits a Spike Factor of 42% (35/83) and still manages to lose in hilariously painful fashion

- Colorado, The Little Engine That Shouldn't, gets demolished by Oregon and only gains yardage on 26 plays out of 59 (44%)

I apologize if that reads as a bashing of the ACC. What it should read as is a gentle suggestion that the ACC take Colorado.

A RUNNER UP FOR WRONG REASONS

Boston College, you almost certainly deserve the Tetanus Spike this week for hitting the dreaded 50% on the Spike Factor, especially given your impressive three drive streak in the first half where eleven of fifteen plays were completely useless. Your offense is bad and you should feel bad. But we make it a point to not award the Tetanus Spike to teams that win, even when the team they beat is an Operation game with all the pieces missing and no batteries. Consider yourselves lucky, BC. You'll likely be back here in two weeks after the Notre Dame matchup anyways.

THE TETANUS SPIKE BELOVED BY ALL NEW YORKERS 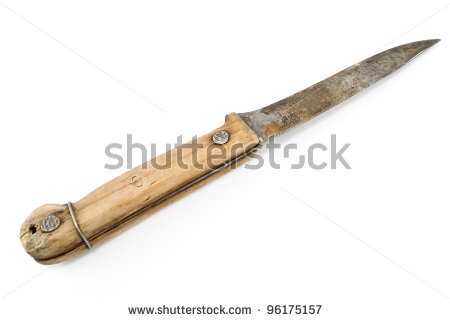 Oh, Rutgers, you had such a good thing going, too. An undefeated season, a demonstrated ability to keep your Spike Factor at manageable levels - and then you go out and run 30 Spike Factor plays out of 66 against Kent State, good for 45% and this week's Tetanus Spike. That's the same Kent State who barely ranks above Washington State in yards per play allowed. Special thanks go out to Gary Nova for his efforts in this failure - six interceptions in one game is something Jacory Harris never even approached, sir.