There's only one way to get the economy back on track - a good old fashioned job fair! That's where you'll find all your favorite coaches who had nothing to do last weekend, in the latest...

SOLICH: Welcome to the Bye Week Job Fair! Nice to see you fellas, today. Just fill out a nametag and take a map of the school locations and you should be all set.

MCELWAIN: Why aren't you in there checking things out, Frank? You've done such a good job at Ohio.

SOLICH: Oh, I'm happy where I am. At this table, I mean. It's the best vantage point to see Bill Callahan coming.

FRANCHIONE: Come on, you gotta let that go. You're not really going to start something, are you?

SOLICH: Start something? Heck no. Me and BOWHIO intend to finish it. 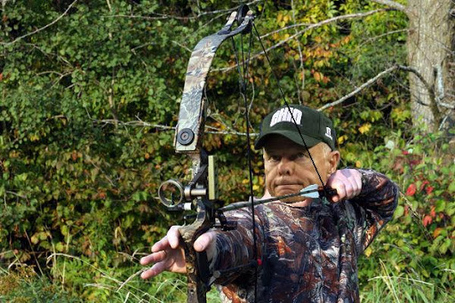 SMITH: Well how the hell are you fellas doing? I hope you're ready to GET YOUR LYMPH BUBBLIN'! That's a new one I'm trying out. Man, I'm just so fired up to talk to you about all the great opportunities we've got in the Southeast!

MCELWAIN: Um, this says you're hiring for the position of Arkansas head coach.

SMITH: Damn right we are! Course, I'll still be the COACH. You'd just be coaching the heads of our young men. But it's a whole dang body, buddy, with arms and legs and guts. How can you pass the football if you can't pass a kidney stone?

MALZAHN: What about you, Gary? Any good positions coming open at Missouri? 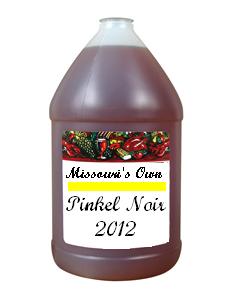 FRANCHIONE: Good lord, this is terrible.

PINKEL: I told Yost you can't just stir up Juicy Juice and gin and get wine. How the hell am I supposed to sell all this off?

FREEZE: Thank you fellas for stopping by. Please take one of our free pamphlets! 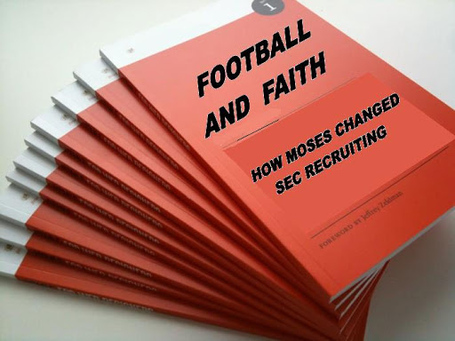 MCELWAIN: Um, what's that about?

FREEZE: Oh, that? The winner gets the Auburn job.

MCELWAIN: And the loser?

FREEZE: Has to coach at Kentucky.

(Next stop at the Fair is the Big Ten table, staffed solely by ILLINOIS COACH TIM BECKMAN.)

BECKMAN: Hello, and thank you for your interest in Big Ten football - the conference where Tradition meets Courtesy and has a baby named Workmanlike Bowl Game Loss. Can I interest you gentlemen in an Iowa sweatshirt? They're free to put on but it costs seventeen million dollars to throw it away.

MALZAHN: I've got to be honest, Tim, I feel like the offense I run wouldn't be welcome at most schools in your conference.

BECKMAN: That just isn't so, Gus. We've got plenty of offensive innovation - just look at what Urban Meyer's done so far! And have you seen the Triple Droption they've installed at Michigan State? The defense has so many different incomplete passes to prepare for!

BECKMAN: Come on, won't you at least take our promotional videocassette? 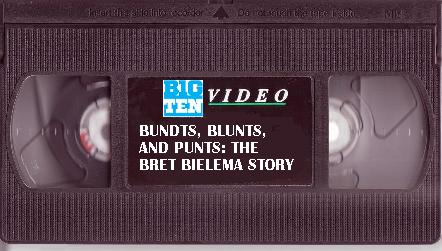 FRANCHIONE: Could I be the next Purdue coach?

BECKMAN: Dennis, the great thing about this country is that anyone could be the next Purdue coach.

(The last table on the row is occupied by WASHINGTON STATE COACH MIKE LEACH and UCLA COACH JIM L. MORA, representing the PAC-12.)

LEACH: Welcome, brothers, to the Pacific 12 Football and Telepathy Conference. Larry Scott has already bent the arc of time to his will and foreseen your future as it intersects with our fair coast. Step forward, McElwain.

MCELWAIN: This has to be some sort of hoax.

MORA: Do not mock Professor Scott's powers. He did not ask for the ability to see behind the curtain of the cosmos. It was given to him, along with an excellent backhand.

LEACH: Jim, in the year 2018, Colorado State will be asked to join our conference thanks to your stewardship. Your sister school will be Oklahoma State, because we greatly enjoy fucking with the Big 12.

MORA: Gus Malzahn! Come and hear what your future holds.

MALZAHN: My wife is not going to like this voodoo nonsense.

LEACH: There is no necromancy at work here. Only Fate, and our Commissioner's rare gift to examine it like a child holding a building block.

MORA: You will be offered the position of head coach by both Arkansas and Cal, Gus. For three days, you will struggle with this decision. On the fourth day, Razorback fans will serve you with a subpoena for "every item in your garbage from 2007-2010." On the fifth day, you will sign a contract in Berkeley.

LEACH: Finally, we must speak with you, Dennis.

MORA: Coach Franchione. This...this is the most difficult of pronouncements, but in 2015, you and Texas State will beat my UCLA team by three touchdowns, effectively ending my tenure. Professor Scott told me this was my destiny, and I have accepted it.

LEACH: Calm down. You finish 6-6 and don't get a bowl invite.

(He passes out from blood loss.)