ASK DR. INTERNET ANSWERS THE QUESTIONS YOU WERE AFRAID TO ASK

The internet is a scary place. Spend enough time on it, and you'll convince yourself you've got every disease known to man. Reasonable people turn to medical professionals at times like this. They turn to Yahoo! Answers, especially if they're college football fans too scared to ask real people about their terrifying medical issues. 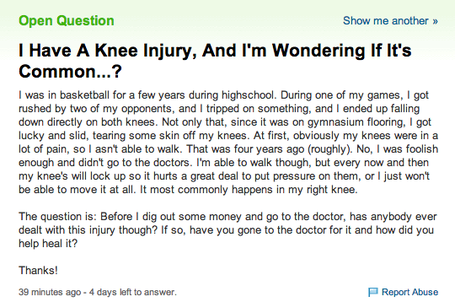 Thanks for writing, "May-jay." First, if you are on a football team do not go to the team doctors. We repeat: do NOT go to the team doctors. Most football doctors are vet school dropouts. Somewhere in their pasts are piles of dead horses and sheep, perhaps animals they killed, or worse still because they enjoyed collecting them and using them for furniture. Sources within the sporting medicine profession have told us they believe up to 50% of team doctor-administered cortisone shots are actually just Nutella injected directly into knee joints!

Second, do not tell your coach, Mr. "Clickmarron." Simply slap a knee brace on and hand the ball off to your running back as many times as possible, and you too can one day enjoy a lucrative career in southern sports talk radio, or perhaps as a backup backup quarterback on the Jets. These are selected randomly, and have no correlation to your anonymous anonymity. (Seriously you play on a defensive team. HAND THE BALL OFF AND TELL NO ONE ANYTHING.)

Continued exposure to Bo Pelini has many side effects. They include

If you have been exposed to Bo Pelini, please contact a physician. There is no treatment, but doctors like to hear about cool incurable shit they can talk about with their friends on the golf course. 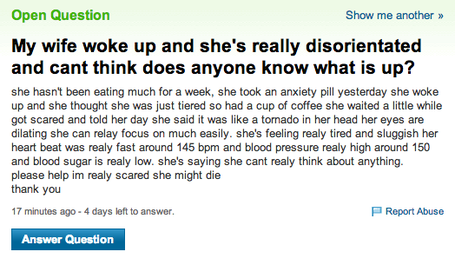 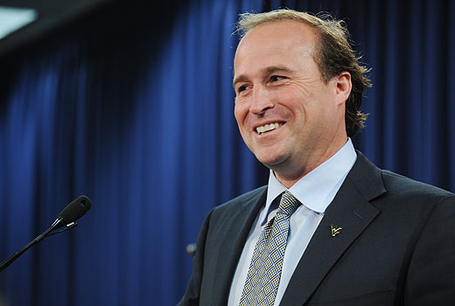 We recommend winning a conference game in 2012, "Merek Cooley." Failing that, there is always the ego-boosting experience of network broadcasting, and the accolades it has afforded many who have failed at real jobs. 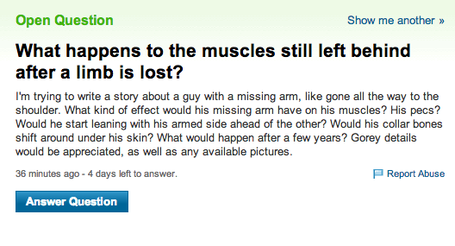 The question of phantom limbs is one that has afflicted humanity for centuries. Many report experiencing sensations years after the loss of a limb, as if they can feel it moving around, hitting the door as they step through, or even in the throes of their most intimate moments! We just made this up. Amputees are all fakers, and use padding to get sympathy and cool tricked-out cars insurance companies pay for.

For further reading, ask coach Gene Chizik how he feels without Cam Newton and Gus Malzahn, or about his lips that he lost in a horrible bakery accident some years ago. 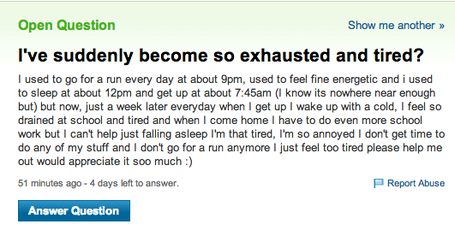 There are many possible answers to the questions surrounding your fatigue issues. You may have a vitamin deficiency, in which case you should consider diversifying your diet with wholesome fruits and vegetables. You may also be fighting off an infection, or cancer. It' s totally cancer. You're going to die, and it's all because you thought you were just tired, and it really is all your fault. You're a terrible stupid person anyway, so it's no big loss.

Man, FSU's German recruiting just got so weird, y'all! But seriously, you can get enough to knock out five Turkish guest workers at the Alslev Superbest, Apotekergade 3, 4840 Norre Alslev, Denmark. They ask fewer questions about large chloroform purchases than even Dr. Internet is really comfortable with in a developed country type setting! 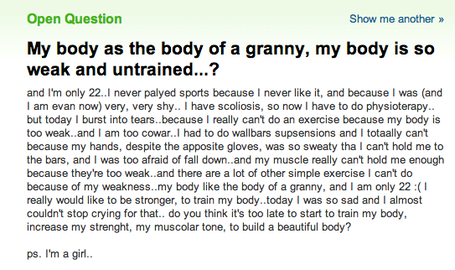 Whatever you say. Join a gym and get to lifting, Mike Patrick. It's never too late to grow a quality yoke and some explosive calves.

Dr. Internet can't really help you with that, since it seems to be a psychosomatic disorder. Then again, so is being a Notre Dame football fan, so double down on the adult diapers and hope for the best. Also, keep an epi pen handy for moments when Tommy Rees enters the game. It won't do anything good, but a solid jab of that jitter stick into an uninterested, non-ND fan's thigh next to you will give them the same queasy terrified feeling you're experiencing. PRO TIP: It's not assault if you thought they were having an allergic reaction to something.