It's time to settle things the old-fashioned way - by kissing ladies you just met on the mouth because Richard Dawson answers to no law - this week on... 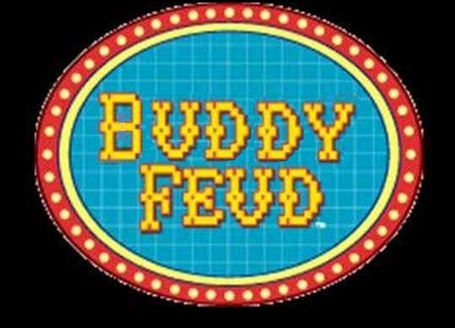 With your host, the man without citizenship in any country, ARIZONA STATE COACH TODD GRAHAM!

GRAHAM: Welcome, welcome, ladies and gentlemen, to a very special bye week edition of the Family Feud! We've got two great groups of coaches here ready to square off, so let's start off by meeting the Southeaster family!

ALABAMA COACH NICK SABAN: The dipshit to my left is FLORIDA ATLANTIC COACH CARL PELINI, and the mouth-breather next to him is TROY COACH LARRY BLAKENEY. LOUISVILLE COACH CHARLIE STRONG is the one carrying SOUTH ALABAMA COACH JOEY JONES piggyback, and the last two jackasses are TENNESSEE COACH DEREK DOOLEY and WESTERN KENTUCKY COACH WILLIE TAGGART. One of them will be coaching in the SEC within two years, and the other one is Derek Dooley.

GRAHAM: Happy to meet you all, Southeasters, and good luck! You'll need it against your opponents, the Rest of the Nation family! Jerry, why don't you introduce these fine folks to our audience.

MINNESOTA COACH JERRY KILL: Well we got a fine group of fellas here, startin' with the paw-paw of the bunch, UT SAN ANTONIO COACH LARRY COKER. Then you got OKLAHOMA STATE COACH MIKE GUNDY and SAN JOSE STATE COACH MIKE MACINTYRE - I call 'em "3 Mikes You're Out," just to have a little fun - followed by two real sharp guys, BAYLOR COACH ART BRILES and IOWA COACH KIRK FERENTZ. And on the end we got our exchange student, COLORADO COACH JON EMBREE. Wave hello to the nice man, Jon!

GRAHAM: Ho ho, cleanup on aisle YOU! Alright, let's get one member of each family up here to kick off the feud! 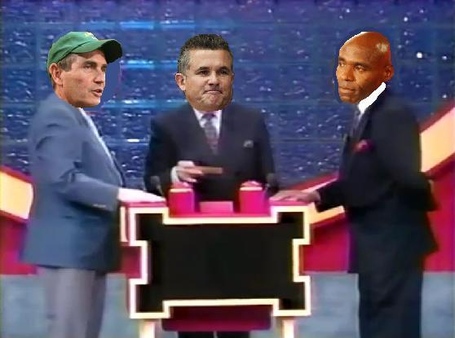 GRAHAM: We asked one hundred coaches: name something that you promise a recruit to get him to commit.

BRILES: I tell him I have no interest in the Arkansas job!

GRAHAM: Will not answer the call of the Hawgs! Survey says... 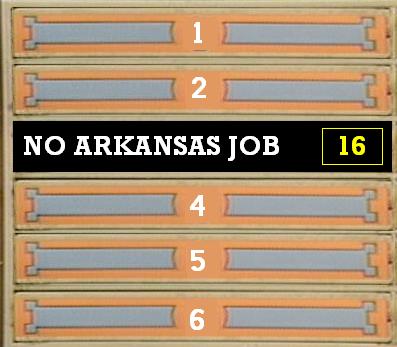 GRAHAM: Charlie, you still have a chance to steal if you can give us a higher ranking answer to something you promise a recruit to get a commitment.

STRONG: Hmmm...I promise I won't ever take the job at Auburn?

GRAHAM: No interest in the garbage heap at Jordan-Hare! 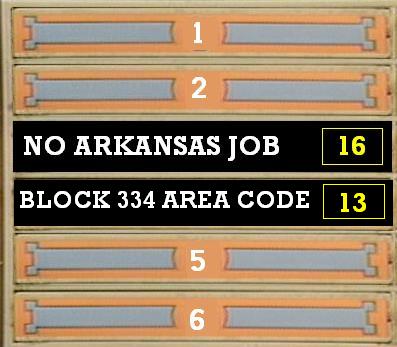 GRAHAM: Close, but not enough, so the Rest of the Nation takes control of this round! Kirk, we need an answer from you - something you tell a recruit you're looking to lock up.

FERENTZ: I tell all my recruits the same thing - when you're done with Iowa, you're going to be better equipped than anyone in the country to play for an NFL field goal unit.

GRAHAM: Field goal attempts on the order of a Biblical plague - and the survey says... 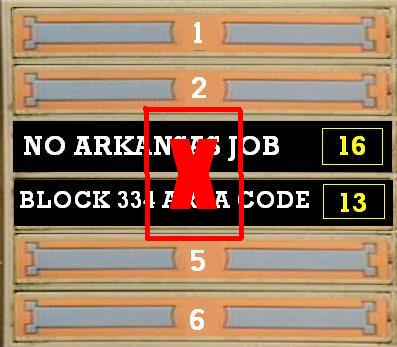 GRAHAM: Not up there, but you're still in this, Rest of the Nation. Coach Embree, you're up next. Give us something you promise when you want to get a recruit.

GRAHAM: We're going to have to go to the judges on this one. 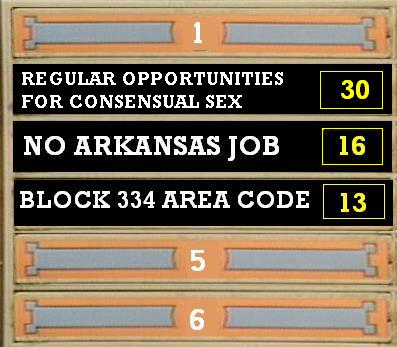 GRAHAM: Yes, that's going to count as part of our number two answer! Ok, Coach Kill, can you keep the ball rolling? Three more answers up there - what's a promise you make when you need to get a player to sign?

KILL: A Big Ten education is worth more than any trophy or NFL draft position! 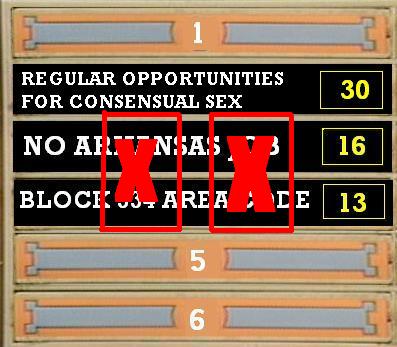 GRAHAM: Mmm, thought that might sneak in at the bottom, but no luck. Larry, you're up. Name something you say to a recruit to convince him to join your team.

COKER: Tell him he's going to be part of a team that shocks the world and wins a national title!

GRAHAM: Blatantly lie about your chances to win it all! 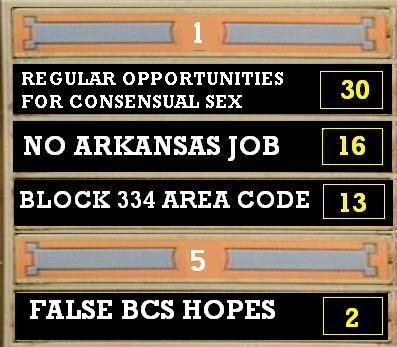 GRAHAM: Almost there, Rest of the Nation family. Two answers and one strike left. Mike One, give us something you promise a recruit you need to commit.

GUNDY: I...uh...dang, so many good answers up there...I...tell him that I've killed a cop before and I'm not afraid to do it again? 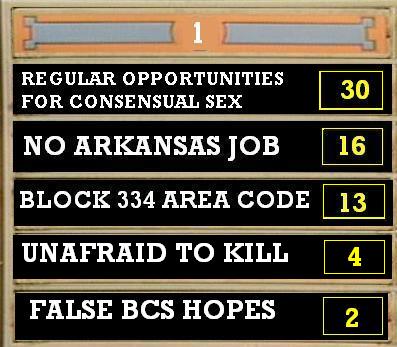 GRAHAM: Alright, just one answer left so it's all up to you, Mike Two. What was the number one answer when we asked coaches to name something they promise a prized recruit?

MACINTYRE: Todd, I think I've got this. It's a promise to always put their health and safety first.

GRAHAM: Mike says it's all about promising to look out for a player's well-being. What did the survey say? 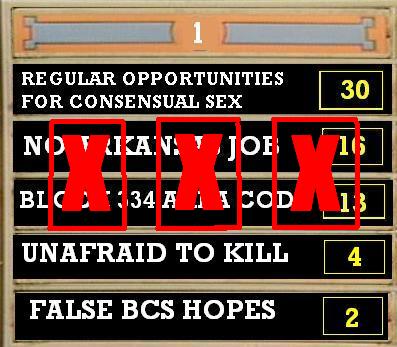 GRAHAM: Oh my, that means the Southeasters have one chance to steal this one! One more answer left on the board for something you promise a recruit to get his signature.

DOOLEY: Free fruit snacks and you can go first on the Nintendo!

STRONG: The chance to shoot fireworks at Calipari's house!

GRAHAM: Lots of strong answers, Nick. You can go with any one of those or one of your own.

SABAN: I have never promised anyone anything, which made my wedding day especially awkward. But if I were to make a promise to a recruit - and this is only an if, this has never happened and certainly was not a phone conversation I had last night - it would be to provide the young man with a customized vehicle with an untraceable VIN, a trunk full of well-hidden cocaine, and a CD player that prints counterfeit fifty dollar bills.

GRAHAM: To steal and win the game - show me Yayomobile! 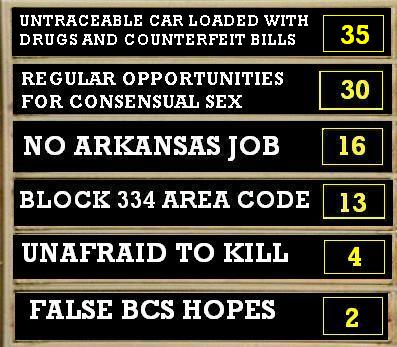 GRAHAM: And the Southeasters come out of nowhere to win the game! Great effort, Rest of the Nation family, and we've got some lovely Little Caesar's Pizza Bowl bids for you as parting gifts. Now it's time for Fast Money, so we've put Derek Dooley in a soundproof booth so he doesn't hear any of these questions. Nick, you're up first. Let's put twenty seconds on the clock. Name someth-

GRAHAM: Annnd he's left the studio! Does not bode well for the Southeasters, but let's bring out Derek anyways and give him a chance to compete. Derek, twenty seconds on the clock. Ready? Name something you call on third and long. 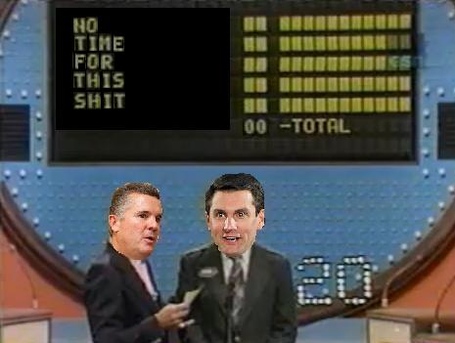 GRAHAM: A tough place to take your team on the road.

DOOLEY: Hiding from the boosters after the game.

GRAHAM: Something you shout after a turnover.

GRAHAM: The safest play in your offense.

GRAHAM: Some truly terrible answers, no chance of reaching 200 points anyways, and a job offer I just got to host a Swedish version of Card Sharks means this game is over! Congratulations to all our players, and good night!