FOR ALL THE OVERDRAFT PROTECTION: BBVA COMPASS BOWL OPEN THREAD

Share All sharing options for: FOR ALL THE OVERDRAFT PROTECTION: BBVA COMPASS BOWL OPEN THREAD 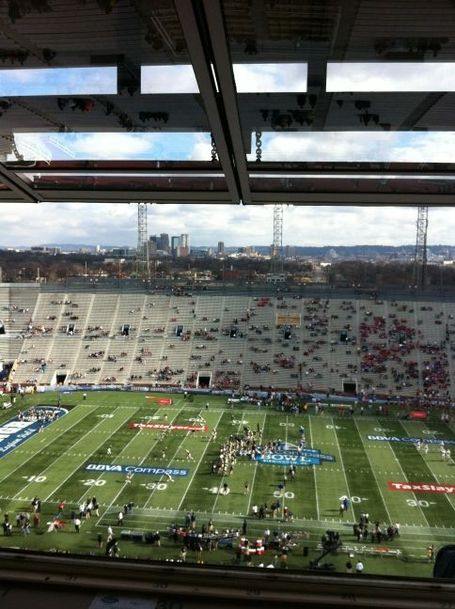 Can you taste the excitement of college football's 31st most prestigious bowl, the BBVA Compass Bowl? SMU's June Jones was railroaded by butt hurt Arizona State power brokers at the zero hour and forced to stay at SMU only to be usurped for the Sun Devils' vacancy by Pitt's carpet bagging commitment-phobe Todd Graham. PLOT TWIST!

None the less, the 2012 BBVA Compass Bowl seeks to answer some very paramount questions: Given scarcity, a hangover, and boredom, how much bad football can you sustain? Is the pinnacle of the quasi-perverse meat market of creeping on muscular 17-and-18 year olds, an exhibition football game, ever preferable to an actual collegiate exhibition? If an actual battle of who could careless was staged, who would rue the day and simply care less? And finally, of course, what the hell is a Keith Patterson anyway?

Before you head to Happy Valley to become part of new Penn State head coach B.o.B.'s inaugural coaching staff, join your fellow man in making this superbly average football game the cornerstone of a given Saturday.