Share All sharing options for: COTTON BOWL OPEN THREAD: THE REVENGE OF ECOKAT 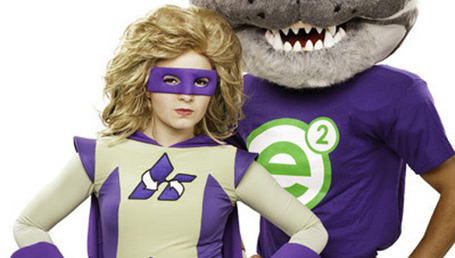 Willie the Wildcat's teeth were always a little too intense for our liking. Too pointy, and when combined with the dead eyes you get a hint of predatory, conscience-less evil. It's like if you stretched Nick Saban's skin over a mascot head, really.

There is no segue from that to the Cotton Bowl between Arkansas and Kansas State tonight, so let's just list rhetorical questions of great importance. Will K-State slow the game down and become the 22 man speed bump that wrecked the axles of ten teams this year? Like most people in the deep South, will Arkansas ignore the "SLOW: SPEED HUMPS AHEAD," and simply roar through the air and hope they don't snap an axle? Will Jerry Jones get a wild hair up his ass, and attempt to hire Petrino in a drunken stupor? Will this interfere with his existing agreement with Nick Saban to take over the Cowboys? These waders may be overflowing, but we are HIP DEEP IN THE TROLLSWAMP AND PUSHING FORWARD.

Here's to Bill Snyder winning his first national title in 2028, and to the opening act to the GoDaddy.com Bowl between Arkansas State and Northern Illinois.