Share All sharing options for: THROW: AN AMERICAN STORY 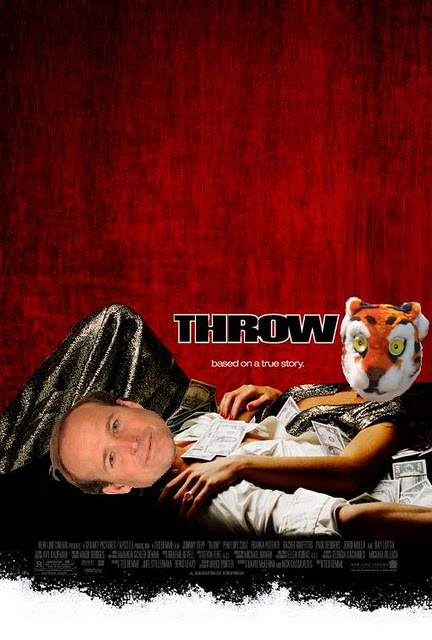 When I grew up my dad was my hero. We lost everything, though. Offense dried up. We were broke. No matter how many times she left, my dad took her back. He loved her. She loved scoring. The two weren't the same, but my father never knew that. God, he loved her.

I vowed I would never be poor like that again.

Mom left us for good later that year. I read my playbook. I made schemes.

I got to California in 1974 with $300 and a black F512 Spyder TR. I didn't want a job. No one cool had jobs. No one who had dreams put on a tie and walked through that door and said, "i'd like a job." No one dreamed about jobs. The dead lived them. I didn't want to be dead. The dead played defense. The living scored.

So I went to California. I crashed wit this guy Nicky. He knew this guy named Pablo. Soon we all knew each other. We all got to know a little lady named Mary Jane. We started making a little money. Then I met her. 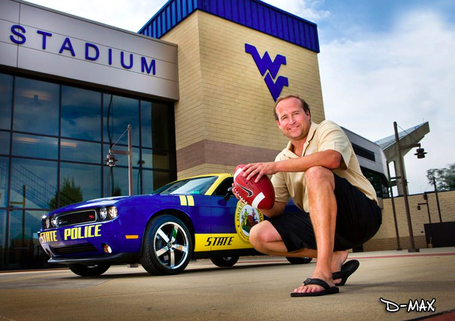 That's my wife Interceptor. We couldn't keep our hands off each other. I made money and brought it home. She stayed beautiful. It was the only thing I ever loved. She died of car cancer. Did I mention she was a car? Don't take her womanhood away from her. That's not fair to her or her memory.

I got pinched after that and did some time. I didn't care. I didn't want to live for a while. Prison's good for not wanting to live. 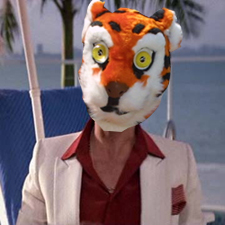 He was Cuban. Or a Tiger. Either way he was my cellmate. He had lots of stories. None explained why he was in the joint. He'd say things like "I'M SORRY I MADE AN OMELET IN THE SINK IT TURNS OUT POWDERED EGGS SUCK AND CANT' BE SNORTED EITHER THEY DON'T DO SHIT" and "SOCKS MAKE A TERRIBLE STRAINER FOR TOILET WINE BUT YOU CAN CHEW ON THEM FOR A FEW DAYS AND IT MAKES THE LONELY GO AWAY."

He had plans, too. He was into scoring. He said there was this guy we should do business with. He ran things in West Texas for a while but got set up, had to bail. He was laying low in the Keys for a while.

Miguel. If I'd never met Miguel none of this would have happened. 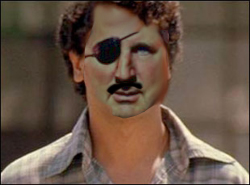 Leachscobar. He had his own island. You got off the plane and a jeep full of topless reporters just got off and offered you anything. They were his harem. They loved him. Would have eaten his eyepatch to get a little something from him.

He taught us things. He was doing things to get around defenses no one else did. You needed points he got them. Flying underneath. Going over the top. Screening them and running loads of points behind them. We thought he had a plan, but Miguel had THE plan. I learned everything from him.

Soon we were making money. I mean real money. Miguel had this guy Dabo around. Not his guy, mind you. Dabo had this backwoods Carolina operation he ran. Dixie Mafia shit, small-timer looking for the big time. Rumor was the guy started off a butler, and then got the job when the old boss got whacked and someone needed to sign the papers and move the product.

Hang around long enough in life and things happen. Just act like you know what you're doing, right? That was Dabo. 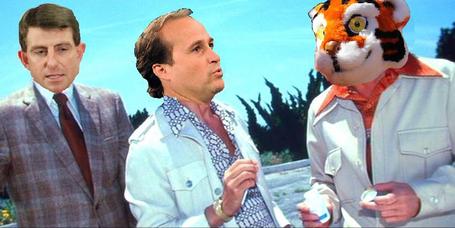 That was how it worked. The tiger and I--we never used his real name, not even in prison--were the heart of the operation. I was the architect. He was the runner. Dabo got a little cut off the side to run to his Carolina people, and smoothed paperwork and legal things out through this shell corporation IPTAY.

Turns out the Tiger was a great rep. He moved things so fast. People just knew when he walked in. You know how some people are just the living embodiment of an idea? Like Brady Hoke is "pizza," and Flo from the Progressive ads is probably the kind of girl who's been knocked out during sex, and not on purpose? The Tiger was that, but for "cocaine." I watched him pay off a Customs agent with an eight ball once in front of his superiors. Like. That. The guy took it, and waved him through.

"That's crazy, I said. We could have been arrested."

"WHAT DO YOU MEAN I HAND OUT FREE SAMPLES TO BUS DRIVERS, SANITATION WORKERS, AND OUR OTHER FINE MEN IN UNIFORM ALL THE TIME THEY NEED ENERGY LIKE THE REST OF US."

I think he was kidding, but I'm still not really sure. Either way, it worked. 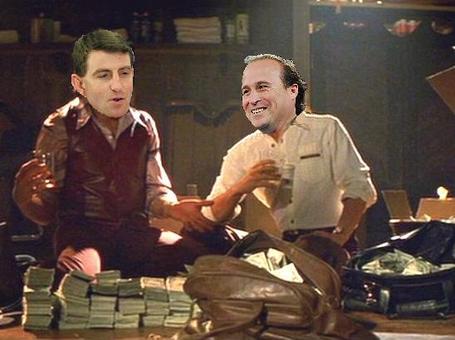 The Discover deal was the start of the end for us and Dabo. Dabo wanted more. Guys like him always do. His operation was small, but even then he was being muscled out by these cocks from Columbia. Dabo didn't even run his own show, but he thought he was ready for more, and when the South Carolina guys roughed him up he was looking for some way of proving himself.

That way was right through me.

The Discover deal was going to be simple. The Tiger moved the product to Lakeland. Cops never looked north for speed or points, so it was easy to drive them southbound without them looking. Then, once we were in Miami, we'd do the deal in four quarters, dividing them up and taking our share. The Tiger was excited, but then again he always was. 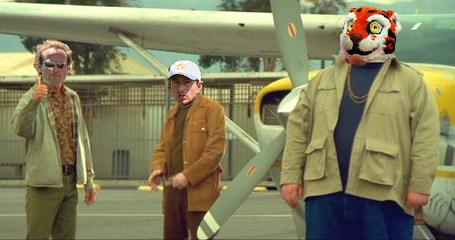 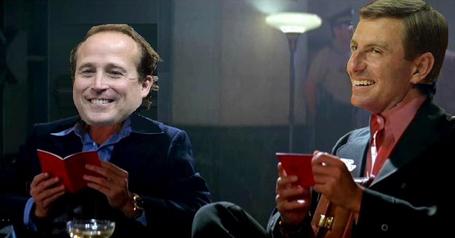 We ate in the back room of this French place in Coconut Grove. The whole night he was quiet, and Dabo was never quiet. That's when I knew he was going to try and take the whole deal and cut me out: when he was quiet. That guy talked all the time.

I remember he had no dessert that night. I had three slices of coconut cake. Then we drove to the stadium. It was empty, but that was typical. No one wanted to see what was going to happen. No one needed to.

Then, I just did what I was taught to do.

8-Ball didn't move during the whole thing. After we vacuumed up what was left of him, i thought to myself: this is the part where the moral kicks in, right? Where I'm supposed to get some kind of whiplash? The Feds are supposed to come in. My wife's supposed to leave. This dark Florida night is supposed to light up with the blue and red flashes of police cars. I'm supposed to pay for this.

But I didn't. This isn't that movie. There are ladies and white horses at my door. I'll put a saddle on one and ride the other, thank you very much, but if you want me to do both I'm happy to do that, too. I'm supposed to give you a moral, some lesson about not scoring, or just living life three yards at a time, as football people would say. I'm supposed to instruct. 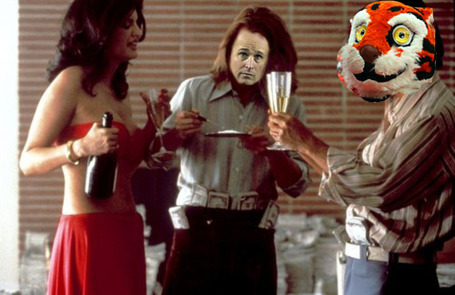 That ain't happening here. I'm the coach. I move points. I've done it in Miami. I've done it in Houston. I've done it everywhere I've ever gone. You put up whatever fences, guards, or defenses you want, and I'll run by 'em laughing. If you don't believe me, ask a guy named Dabo.

He'd tell you all about it if he could.