Share All sharing options for: 35 FOR 35: THE ORANGE BOWL (NOW WITH TRAIN!) 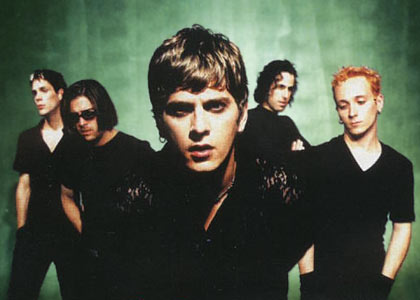 Seen in a file photo above, the popular American rock musicians of TRAIN are performing their favorite songs tonight during the Orange Bowl Halftime Show. These American classics include "Tubthumping," "I'm Your Baby Tonight," "Holocene," "Fuck You," "The Rose," and "N****s In Paris." Tune in, and continue the fine tradition of halftime shows that go exactly as planned.

In the meantime, study up for the game the lazy way with Rootability, where Don Knotts breaks all ties, and listen to Luke and ourselves discuss the game for at least four minutes after giggling about Train for eleven minutes on the 35 for 35 Podcasts. Train covered "Ramble On!" And wasn't shot on stage! They're musicians AND daredevils.

Listen here, or in the embedded player below.