LANE: A STORY OF ADDICTION, RECRUITING, AND HOPE

Share All sharing options for: LANE: A STORY OF ADDICTION, RECRUITING, AND HOPE

Lane isn't a bad coach. He just comes from a bad place. He also continues to recruit like a man not heading into the nasty part of probation. One explanation is that USC is irresistible by itself, but another explanation says so much more. Some men recruit because they have to, and some have to recruit, or they feel like they will die.

This is not a story of judgement. This is a story of shame. Of Hope. Of...LANE.* 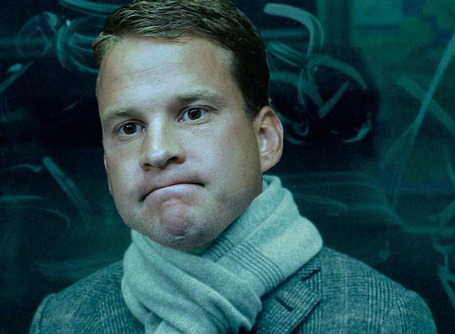 Scene: He walks the streets. Alone. Searching. A five star offensive lineman shyly avoids eye contact. He leaves his card. They will answer the phone. They always do. They know what he is, even if they don't know the name for it.

He's tried to stop. He has. But now it's too late, too far gone. He's sealed himself in a machine where everything is about the next kill. The next hunt. The chase. He's gone abroad. He's met them online. He's had rare shameful moments where he drove by middle schools just in case he could find one. He should have felt worse about it, but didn't.

He turns a corner.

The man with the dark hair hands him the videos. He then disappears down a storm drain. The videos contain sickness, a sickness he can never feed to satiety. They have everything: insane penetration, man-on-man, gang-tackling, thickness, astonishing size, and souls taking on one, two, sometimes three at once. He watches them all, sometimes rewinding over and over again to watch a single detail. He does this in the dark, alone. He's let the black-haired man watch with him before. It wasn't weird.

His is a life built on a single track with no exits or turnarounds. He could not stop recruiting if he wanted to at this point, one after the other after the other. At one point he controlled it. Now it controlled him, his life, his very being. 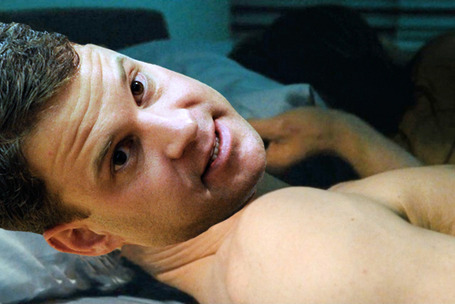 Even when he was limited--caught by the authorities, placed in rehab for the crimes of others, others who could not understand his hunger--he could not stop, after the arrest, after he could only fit so many people into so many limited spots in the day.

He kept recruiting one after the other. He'd go to the bathroom to recruit. He'd be on his phone in meetings, texting to set up the next four-star, the next Reggie Bush. He recruited on his computer. He recruited in homes. He flew to new cities to meet people who he'd only seen on tape. He listened, mostly. When they said yes, it was the only answer they had, so charming was he.

He would have worked without shame, but his hunger did not understand the concept. Hunger only understands hunger. 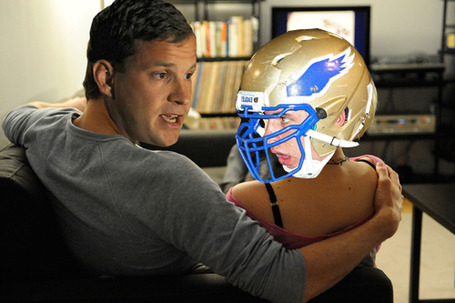 --I'll only give you as much as you can handle.

--Is that someone else?

--There's always someone else, baby. Always.

If you suffer from a recruiting addiction, just go get something healthier like a sex addiction or drinking problem. You'll thank us. Really.

[seriously get outraged over a Shame parody. We'd love that.]