THE SEC'S VOTE ON TEXAS A&M: A TIMELINE

Share All sharing options for: THE SEC'S VOTE ON TEXAS A&M: A TIMELINE

Last night was a hectic evening, so we have recapped the news in convenient timeline form. 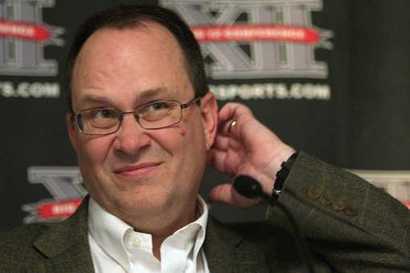 8:28 p.m. Dan Beebe orders another mojito, having finished his first. He declines chips, as he is watching his weight.

8:35 p.m. Announcement is made that LSU's President, indisposed at the omment, will be played at the meeting by veteran character actor Charles Durning.

9:01 p.m. Robert E. Witt pissed himself but is wearing dark slacks and hopes no one notices. It seems ridiculous now, but that nice lady in the hotel room made those dysentery drug suppositories sound like such a good time.

9:18 p.m. Texas A&M's President enters and begins his pitch: "Ladies and gentlemen, I've traveled from 4 states over to be here tonight. I couldn't get away sooner because my new well was coming in at Coyote Hills and I had to see about it. That well is now flowing at two thousand barrels and it's paying me an income of five thousand dollars a week. I have two others drilling and I have sixteen producing at Antelope. So, ladies and gentlemen, if I say I'm an oil man you will agree."

9:18 p.m. Dr. Michael Adams excuses himself to pleasure himself to his own image in the restroom mirror. Finishes. Does not tidy up after himself.

9:30 p.m. It's possible someone's noticed Kentucky's absence but saying something about it would violate an unwritten SEC rule. No one notices. The meeting continues apace.

9:38 p.m. Mike Slive snorts an line of his drug of choice, powdered graham crackers and condensed milk, to stay awake.

9:40 p.m. Dan Beebe just ate whole fucking basket of chips, sent for seconds and guacamole and sixeighth mojito oh who's counting not like anyone in the Big 12 can do that anymore LOL falls off chair--

10:00 p.m. Dr. Jay Gogue finishes drawing a picture of Cam Newton as a unicorn on his napkin. The horn is either oddly phallic but could also be a Twinkie.

10:22 p.m. David Jones of Ole Miss refuses offer of pizza because "his homeopath recently told him he had an allergen to gluten."

10:42 p.m. Dan Beebe "antes in" to a festive late night dice game in an alley somewhere in the Dallas/Ft. Worth Metroplex. Where, exactly? Not important. Everywhere is home when you have friends like these.

10:49 p.m. Harris Pastides thinks that death is like inevitable only because we haven't fully committed to living forever, man: 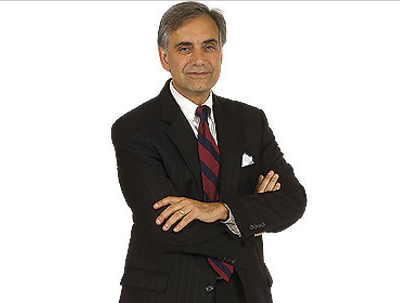 11:15 p.m. John Marinatto licks a cane toad and drifts off to Narnia. The gift and curse of adding TCU to his league.

11:18 p.m. Contrary to sourced reports, the smoke arising from the chimney wasn't to indicate that the conference presidents had come to a consensus on the league's next member, but rather Saban returning to his supernatural form to return to the island.

11:29 p.m. Dan Beebe believes he is "killing these bones," having rolled many sevens in a random sequence, and is now well on his way to recouping monies lost by the departure of Texas A&M from the conference.

11:43 p.m. Someone notices Jay Gogue has had a golden eagle on his shoulder the whole time. Mike Slive allows it.

11:45 p.m. Dr. Joe DiPietro laughs and says "you think THAT's an eagle!" and points over his shoulder. No one else sees anything, but most in the room respect and fear him for it.

12:12 a.m. "Everybody Hurts" comes on Winamp for the 7th time in the last hour but Starr's too numb to click forward.

1:07 a.m. Dana Holgorsen smiles and tells his companion that he's not paying her to talk.

1:23 a.m. Dan Beebe's can't believe he's getting jacked in his hometown. They have taken his rings, his Rolex. Having taken his wealth, he cannot help but wonder what is next? His very life, perhaps?

1:45 a.m. Someone finally remembers that E. Gordon Gee is no longer Vanderbilt's chancellor but no one wants to say anything because the pot he usually brings is real primo stuff.

2:18 a.m. Paul Finebaum is awakened by creaking on the bridge above, but then realizes it is only the wind, and that he does not need to demand passage fare from a terrified traveler.

2:38 a.m. Stephen Garcia pants, pauses, and suggests to a young lady that she be his every Saturday Night Thing. It is Wednesday morning.

2:40 a.m. A unanimous vote is cast for TAMU membership in the SEC. Thunderclaps. Lightning. A voice, resonant with the gruff, tarred vocal cords of a heavy Chesterfield smoker, sounds in the room. "THE BRYANT TRIANGULARITY HAS BEEN ATTAINED."

2:41 a.m. Dennis Franchione wakes, punches himself in the testicles, and falls back asleep. (This happens every night.)

2:54 a.m. A naked Dan Beebe, clutching a newspaper to his unmentionables, is told to "Go back inside, loverboy" by a Dallas city cop.

3:33 a.m. Assistant Commissioner Leslie Claybrook really hopes no one ever Googles her and figures out that her name is just a shitty nom de plume she's used to comment on Clay Travis's various ventures and SportsByBrooks for years.

4:15 a.m. Everyone's too sleep depraved and stressed to realize that Bernie Machen's been incorporating lyrics from "Watch the Throne" into every principled stand he's made throughout the evening.

5:29 a.m. Clad in newspapers and a pair of women's sweatpants he found in a dumpster, Dan Beebe retires to a children's playground

5:49 a.m. Mike Slive goes to ground only before silvering himself to fight potential necromancy.

7:15 a.m. TAMU President Loftin sends this out in a formal announcement of TAMU's invitation to the SEC.

9:22 a.m., tomorrow: Joe Schad tweets that "SOURCES HAVE INFORMED HIM that Texas A&M may leave the Big 12."