UNCLE DANA IS IN ALL YOUR BEST FAMILY PHOTOS

Share All sharing options for: UNCLE DANA IS IN ALL YOUR BEST FAMILY PHOTOS

On Sunday during the Marshall/WVU game, the Great Barstoolio tweeted this:

This only made sense knowing Holgo's bandito ways, but made even more sense when he walked out for his debut as a head coach in a black shirt with gray lettering, a shirt we have no doubt was made strictly for the occasion so he could walk out like Johnny Cash with an Air Raid playbook and a casino player's card. Holgorsen clearly needed to be spotted in the back of some Keggers of Yore photos, lurking, sneaking out to get a cigarette, wearing some cutoff jeans, and getting ready to fall off a boat on one overlong Saturday afternoon on the lake.

It would be amazing if we had these! And thanks to Barstoolio we do. 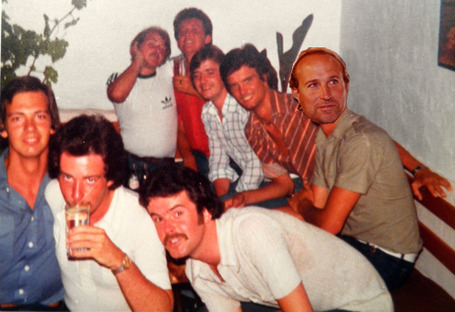 "I don't remember being here. No idea why I was. I got that white belt from Pam Grier. She called it my dick leash, but not even Coffee could keep this dog on a lead. She was a great girl. I knew a lot of great girls, though." 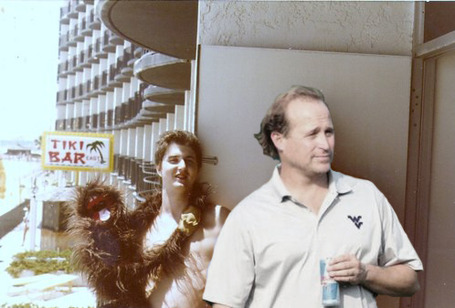 "Four days in that hotel and i was ready to choke out my nephew with that goddamn sock monkey. May have taken it to the bar that night. Might have sweet-talked a 240 pound housewife back to the hotel. Might have done some monkey business of my own with that Wisconsin-born MILFwaukee I found and that stupid monkey. Might not have washed it, neither. Don't matter. Kids are filthy anyway." 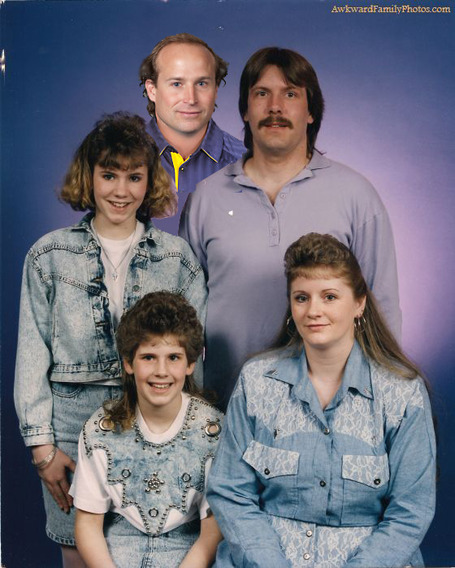 "I was in between jobs. Spent some couch time with my cousin. Never thought acid-wash was a good look on any of 'em, but it's a limited menu if you know what I mean. DIane's a good woman, though. Makes solid kids. Can really clean the puke out of a television." 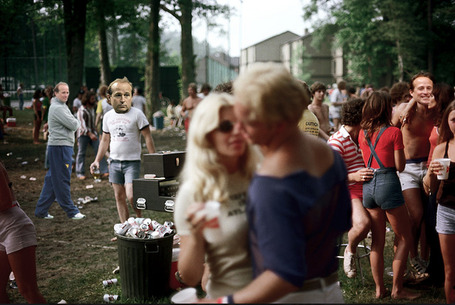 "Atlanta, 1978. You call it Gonorrhea Gulch all you want, but I just called it home." 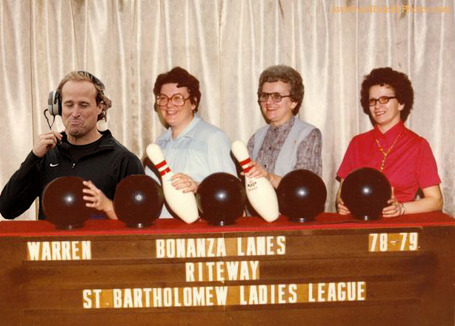 "I'll never forget those ladies. Or their foundation undergarments. Like big bustiers sewn out of old Chuck Taylors and Army Surplus pup tents. Shiny dimes, though, every one of 'em" 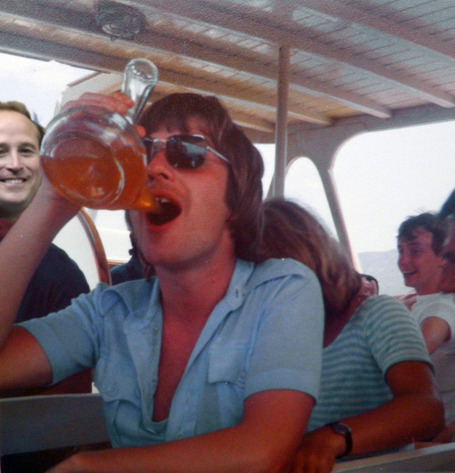 "Pretty sure that's just gasoline. It's tolerable if you decant it. And I always decant it. Ted there didn't. RIP, Ted."