C'MON, FOR OUR ANNIVERSARY Mark Richt's edgy boyfriend Kellen Moore gave him some of the school chemistry lab made angel dust he'd cooked up and whoo boy, that didn't go so well:

LSUfreek deserves your unyielding admiration and devotion. When he parlays his internet genius into hegemony of the universe, you'll want him to be a benevolent one.

As for the 'Dawgs, well, perhaps we should've been tipped off as to what was about to take place by Kellen Moore entering the dome with all that duct tape and those plastic sheets. Even with Titus Young and Austin Pettis on to greener pastures (ie swimming laps in pools full of dollar bills), the Boise offense missed precisely zero beats. And as Dawg Sports points out, we now live in an upside down world where going into Atlanta and lambasting Georgia soundly could ultimately serve as a case against Boise's schedule strength should they wind up in the BCS Championship game discussion. Hamburgers eating people, y'all.

NOTHING SAYS ACCTION LIKE SMOKE BOMBS Yours truly ventured in the belly of the beast in College Park, Maryland last night to parlay some delectable $22 Groupon action into a ginormous 3.5 hour freezing shower with hetero life mates Randy Edsall and Gary Crowton. I know your first question: how was the "$15 value" t-shirt? Totally passable. It probably goes without saying that UMD's own duds were, uh, not so much.

Having matriculated in SWC/Big XII country and come of age in B1G claimed territory, the atmosphere was predictably a bit subdued, though the Maryland fans celebrated topping the once mighty Hurricanes with the kind of sublime joy you can't help but envy after a perceived big win. Kudos, turtles.

LSU fans will also be ecstatic to learn that Gary Crowton is now serving as a medium for the late Texas offensive coordinator Greg Davis. The result of said possession is as follows: 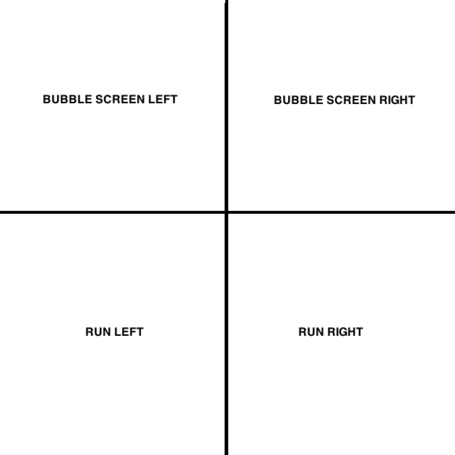 SPEAKING OF SMOKE BOMBS Oklahoma State team owner T. Boone Pickens may be all 'conference conference rubble rabble', but their look over the weekend was inexplicably even noisier. Old man (Brandon Weeden) and the Sea (ocean range covering receiver Justin Blackmon), however, were up to their old tricks en route to a 61-34 shellacking of hapless ULaLa. With Arizona looming for our amusement this Thursday evening, Pickens, Inc. will have to step up their non-turnover game [via the no-sloppy-INT-waves]  if they want to stay relevant on the potential BCS bowl shortlist.

COME AT ME BRO Akron coach Rob Ianello evidently took exception that virgin HC Dr. Luke Fickell, PhD elected to keep in starter (by default; ordinarily 3rd string, all suspensions neutralized) Carlos Hyde in late in a 42-0 game to try and get the young halfback 100 yards on the afternoon. Ianello was all "I don't think that's particularly good sportsmanship but good luck the rest of the reason" during the two's post game, midfield hand shake and Fickell was all "JESUS DIDN'T TAP, BRO." Bizarre to think Fickell was once passed over for the now 1-12 Ianello for the head job in the Rubber Capital. The ageless Like a Baus QB looked tres sexy against the stillborn Zips, but it's easy to forget Todd Boeckman looked Heisman-ceremony-invite-worthy for about 8 games once upon a time too. The teams-with-a-pulse portion of OSU's schedule should go further towards determining whether Joey Bauserwheels or baby velociraptor Braxton Miller (who also looked potentially lethal) is the Bucks' primary guy for the duration of the season.

ETC How time is passed in Ames, IA (NSFW'ish).