All week long, coaches spend tireless hours making sure their teams are fully prepared - mentally and physically - to beat the opponent in all phases of the game. Unless it's an off week and you have no opponent; then that shit all goes out the window. It's those very coaches that are our next subject of...

WYOMING HC DAVE CHRISTENSEN: Alright, let's see...by my count, everyone's here except Pinkel.  Anyone heard from Gary, guys?  No?  Does anybody have a phone I can borrow to call him?

VANDERBILT HC JAMES FRANKLIN: Well, gentleman, I don't believe I need to remind everyone of the wording of Section 4, Article 1, paragraph a of Rule 3 in the NCAA Rules Booklet - "each team shall have its players on the field for the opening play at the scheduled time for the beginning of each half."  Nowhere does the rule allow for Coach Pinkel to delay us here.

OKLAHOMA STATE HC MIKE GUNDY: Shit, James, why do you have to be such a friggin' dork?

FRANKLIN: I'm not a dork!  I-I-I-I was simply joking!  Yes!  Ha, levity!  Of course we can wait for Gary, and, while we do - may I interest anyone in a ride on the white pony?

(Franklin empties out a plastic bag onto the counter.) 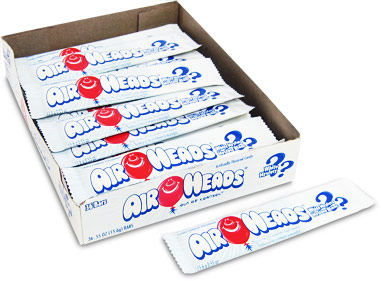 FRANKLIN: Cocaine?!?!  Heavens, no.  Though you should all feel free to take a "bump" of this "sugar!"  Have you ever felt the pure adrenaline of putting candy to your lips with no possible idea of what flavor it is?  It could be anything, from apple most sour to the rare and exotic blue raspberry!  Oh!  My heart races just looking at all of them, each a perfect, elusive...WHITE MYSTERY.

(His eyes well up; the rest of the group is silent.)

Oh, there was certainly a time in my younger years when I'd eat three, sometimes even four of these in one night!  Couldn't fall asleep until 11:15!  Yes, those were crazy times indeed, friends.  But, like any man, I had to learn moderation!

(Franklin opens one of the Airheads and begins to cut it into quarters using a plastic butter knife, which takes some effort.)

CHRISTENSEN: Ok, I've got Gary on speaker.  Gary?  Coach Pinkel, where are you?

MISSOURI HC GARY PINKEL:  Fellas, I, ah, I don't think I'm gonna make it tonight.  I'm at a rest stop about twenty miles away, and my car is gone.

CHRISTENSEN: Gone?  As in stolen?  Jeez, Gary, what happened?

PINKEL: Well, I pulled in to the rest stop to take a Pinkel Tinkle - aw, dammit, the wife told me to stop calling it that in public.  Anyways, I stopped to pee, and I didn't see any other cars in the lot, so I figured I'd just leave my keys in the car because I had to GO, buddy.  So I run in, I do my business, and, as I've got my hand on the car door, I think, "Whoa, stop the clock, Gary - what about something to drink, who knows when you'll get a chance to stop again?"  So I run back to the rest area and check out the vending machines, where I pick myself out a tasty Diet Squirt, and lemme tell ya, I downed that sucker.  I start heading back to the car and I say to myself, "Hey, timeout there, champ!  You better go make another Pinkel Tink-um, bathroom run before you hit the road!"

PINKEL: Yup.  Course, then I had that Diet Squirt.

CHRISTENSEN: And you thought it had already worked its way down to your bladder??

PINKEL: Well, I'll admit, the prospect didn't seem likely.  But Coach Pinkel does not leave bathroom opportunities behind - once you get back out on the highway, they're gone!  Probably stood at that urinal for thirty minutes, just to be sure.  Came back out and the car was gone.  Last time I leave my keys in it, I'll tell you that!  So who's coming to get me?

(Christensen hangs up on him.)

CHRISTENSEN: Gary got caught up with something else.  (exhales loudly)  Well, let's get things rolling then.  First off, I'd like to thank Coach Kelly for being so kind as to bring a karaoke machine for us tonight.

CHRISTENSEN: I figured the fairest way to decide the order would be to let the coaches with the worst records this year go first and work our way up - you know, sort of a "Losers Finally Win" sort of thing!  With that, UNLV and Louisiana-Monroe, you're up.

(He moves to hand the microphone to LOUISIANA-MONROE HC TODD BERRY and UNLV HC BOBBY HAUCK, but Berry runs to the corner, weeping and screaming in gibberish, while Hauck refuses to touch the mic.)

HAUCK: Fella, I'm afraid I don't know what that contraption is, and I fear it means to un-balance my vital humors! 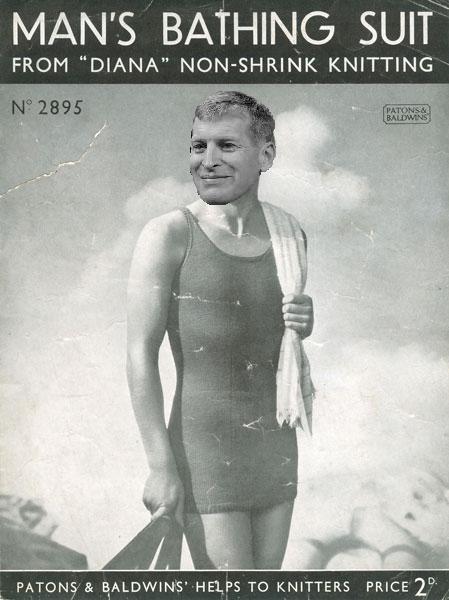 HAUCK: Well, my trusty chums at the Sporting Department did mention that they just mailed away for a Victrola phonograph!  Newsreel said it sounds so good, it's like having Cab Calloway in your powder room!

CHRISTENSEN: You've got to be fucking with me.  It's just a TV hooked to a microphone and a CD player.

HAUCK: Buddy, sounds to me like you need to take it easy on the pep pills!  We may not have much money out at UNLV, but I can tell you we're up to date on all the newest in collegiate technology!  Kodachrome film!  Zeppelin travel!  And just this week we're giving all our boys brand-spanking new shots to protect against yellow fever!  Wowie-zowie that, mister!

CHRISTENSEN: ...ok...but then why is Berry so freaked out?

HAUCK: Oh, poor Louisiana-Monroe can't afford to keep up in our modern arms race - why, I hear they only just recently got telegram wiring installed.  How can you run a real top-of-the-line Sporting Department on that kind of hobo budget?

CHRISTENSEN: He's not even screaming in English.

HAUCK: I suspect it's something like that talking-picture Nell, which I have never seen as it won't come out for decades!  (Hauck foxtrots away.)

CHRISTENSEN: Let's just move on.  Ok, next worst record is another tie - Jimbo, why don't you go ahead and give us a song?

FISHER: Seriously?  I get lumped in with Louisiana-Monroe and UNLV?  Doesn't it matter that my team already had to play two top 25 squads?

CHRISTENSEN: Well, Jimbo, all I know is that you and UCF are 2-2,and everybody else here has a better record.  Even Vanderbilt.  And Cal.  And San Diego State.

FISHER: Up yours, Dave.  (Coach Fisher storms out.)

CENTRAL FLORIDA HC GEORGE O'LEARY: Alright, you queens, gimme the damn microphone.  Let somebody with some stones show ya how to croon.

(He selects "Luck Be A Lady" from the machine's menu.)

O'LEARY: This one goes out to all those kids I helped mentor in Laos!

(after coughing and wheezing through the first verse, he starts in)

Luck be my baby, alright!

If she has rabies, what fright!

But if you never were a lady to begin with,

LONG: For the love of - those aren't even close to the right words, George.  Read the damn screen!

O'LEARY: Screw you, needle-dick.  I know the words because I wrote and first recorded the goddamned song.

CHRISTENSEN: What? No you didn't.  It's a Sinatra song, everyone knows that.

FRANKLIN: (staring up from his half-eaten pile of Airheads) Actuallythat'sfromthehitmusicalGuysandDollsamItalkingtoofastitfeelslikeI'mtalkingtoofastcansomeonejustcallmymomtocomepickmeup?

O'LEARY: You don't know shit!  Here's the proof, you assholes! 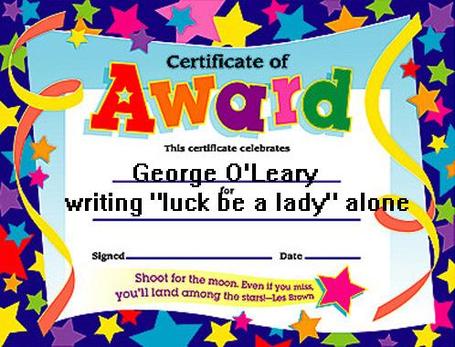 GUNDY: Get off the stage and go wait for your liver to die, Grandpa.  Can we keep this going so I can take everyone to THE GUNDERWORLD?

CHRISTENSEN: Let's.  Ok, Cal, Iowa, San Diego State - any of you ready to sing?  Jeff, how about you? 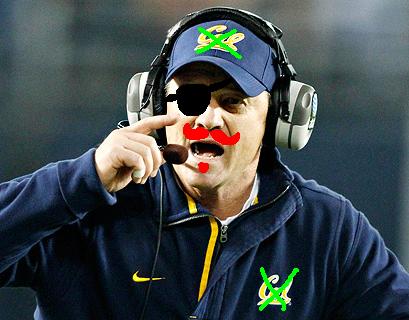 CHRISTENSEN: Fine, whatever. God I hate bye weeks.  Rocky, can you help us out, please?

LONG: No, I'm - I'm sorry, I can't.  I try to pretend like things are fine at San Diego State, like New Mexico never happened.  But it did.  It did and I have to live with that.  It doesn't matter that when I left I thought it was for the good of the program, because I'm the one who created the space that they filled with...with...LOCKSLEY.  PEOPLE GOT HURT AND IT'S MY FAULT AND I CAN NEVER FIX IT EVER EVER EVER EVER EVER

IOWA HC KIRK FERENTZ: Dave, I'd be happy to sing for a bit.

(Coach Ferentz proceeds to sing "America the Beautiful" but only uses D sharp and E flat.  The audience gives him what can generously be termed polite applause.) 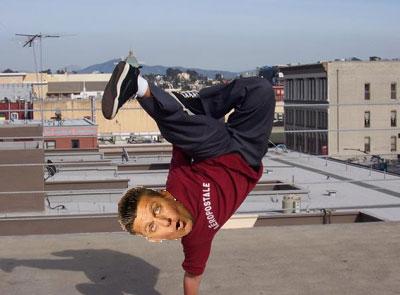 (Spinning wildly out of control, Gundy smashes into the karaoke machine, destroying it.)