THIS WEEK IN BARBASOL: WEEK 4

Share All sharing options for: THIS WEEK IN BARBASOL: WEEK 4 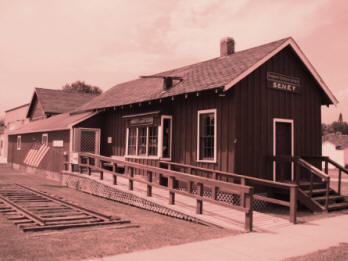 The midwest can be called a many different things: Industrious, diligent, America's heartland, lost in time, rearview mirror haberdashery central. To those of us who consider it a various degree of home, it's both a gift and a curse. Almost everyone is proud of where they came from or where they came of age. Likewise those that attended a college in the geographic region more likely than not harbor warm feelings of nostalgia and a sense of great pride when thoughts of their alma matter come to light. And then there was Saturday.

Saturday, a day that will live in infamy as the manifestation of every bad stereotype about the region, its FBS football playing schools, and sepia tone actually began to filter the entire area like some kind of reverse "Pleasantville."

WARNING: The following blurbs contain content that may disturbing and horrifying to some readers. Reader discretion is advised. The most valuable object in all of East Lansing.

Sure, this one looked "par for the course" on paper, but dig deeper and what do you find? Shame. Embarrassment. Grown men sweating butter.

Defeating Central Michigan in the post-Butch Jones/LeFevour is nothing you'd brag to your mother about. Sure you put up 45, but Western Michigan put up 44. How much would a Dana Holgorsen coached side score on Central Michigan? For shame, Mark Dantonio. For shame.

Wholesomeness Index: 66% Inoffensive but dishonest and nobody likes a liar.

Michigan's onward and upward approach to Division 1 football continues to work for them as college football's darling expansion team keeps breaking hearts in its improbable Disney-esque return to glory. Unfortunately we're rapidly approaching the "Big Green" goat kiss component of the Wolverines season and Brady Hoke is oddly into that kind of stuff.

Denard Robinson continues to show that he's just the darnedest little engine that could and even though Michigan's coach had xeroxed copies of SDSU's play books and knew every player on the team better than they know themselves, it was still a hard fought, well earned victory. Kudos, new guys. Like famed south-Detroit band "Street Light People" always sang, "don't stop til you get enough."

They're a directional Michigan, Penn State. Have you no manners? Ron English. He coached at Louisville. LOUISVILLE! Yet here you are. Making Matt McGloin think he can do things he can't. Galen Hall should've never given him those Hunger Games books in the first place. At the end of the day, a football's still a football, even at 25,000 feet. If you don't understand that quote, than clearly you've never spent a Sunday afternoon at a Hookah Lounge with Jay Paterno. Expand your horizons. Be better for it.

Wholesomeness Index: 80% Penn State passed the drug test but it was one of those cheap CVS bought ones, so you can never be too sure.

Monroe, LA: the place so Louisiana even True Blood neglected to want to film there. None the less they field a football team, with a coach who failed miserably at a service academy, so you know they must be good. Iowa claimed at much at least after their most convincing victory to this point on the season.

So that's how it is Iowa? Claiming victories over both the Northeast Louisiana militia as well as a branch of our armed forces? For shame.

Wholesomeness Index: 1%. Thought you loved it, Hawkeyes. Per chance it's time to leave it? 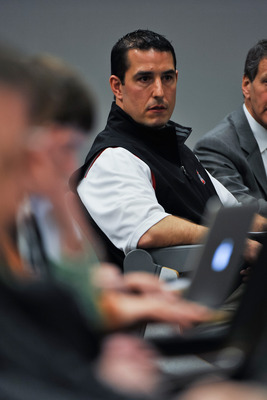 COMPUTERS, MAN. SOMETIMES I THINK THEY'RE JUST FOR NERDS WITH WOLF FETISHES AND FOR LOOKING AT WOMEN THE WAY THE GREAT HERB DEAN IN THE SKY INTENDED BUT I FOUND THIS THE OTHER DAY AND I JUST CAN'T GET ENOUGH:

I KNOW IT'S A BIT INTENSE FOR YOU BROS IN SKIRTS AND WHAT NOT BUT LIKE IT'S SO BAD ASS. MAN UP.

It's hard to get a real pulse on this one. Wisconsin's the only genuinely competent team in this league anyways, right? All Russell Wilson everything (still). South Dakota's also FCS Christian-Lion fodder though. James White and Montee Ball continue to look like one uber running back when their numbers are aggregated. That Nick Toon sure can catch a football!... Yeah, I've got nothing of note.

There's an argument to be made that Western Michigan maybe amongst the class of the MAC conference thi--Yeah, I'm not going there. The [REDACTED] 2.0's are unbeaten but certainly looked mad Zooky in the winning effort. Oh, hey look, an Illinois semipro team who wear pink:

Wholesomeness Index: 40%. Football games are meant to be won by 20 against midwest directional establishments and uniforms are supposed to be traditional colored at worst.

Inspired by a bizarre misprint reading "SHIT IN THE PUNCH TODAY" on their new Notre Dame inspired locker room plaque, Minnesota came out and followed Jerry Kill's trepidations about a loss 6 years ago at Southern Illinois to North Dakota State by echoing the past.  But, but NDSU didn't have the same athletes then it has now (or something). They also broke one of college football's most sacred commandments by losing to a *INSERT NAME* State for something that isn't even a state. Shame, shame, Gophers.

Wholesomeness Index: 8% We can't pretend we expected much more, but, they could've at least lost with dignity.

"WHY DOES IT HURT WHEN I PEE?" a confused Kevin Wilson asked nobody in particular while wondering around downtown Denton following losing a football game on the road to a Sun Belt team. UNT senior running back rushed for 127 yards and added another 152 receiving. Don't be too impressed by this; Indiana was burned earlier in the season in a jersey scrimmage by the Bloomington High J.V. team with similar totals.They're just generous like that is all.

Wholesomeness Index: 0% Getting that checked out, Coach.

Wait, wait. You're telling me Nebraska's in the Big Ten now? Well that's... Awkward. Let's see, let's see. They played a road game at Wyoming? What the hell, man? Taylor Martinez, whatever that is, completed barely over 50% of his passes en route to 157 through the air and a touchdown. He didn't throw a pick, which is good I guess. Oh, hey Rex Burkhead. That's a sexy 170 yard total you've got there. Do that against the likes of Wisconsin in this new fangled conference of yours and maybe we can grab some dinner sometime.

Wholesomeness Index: 80% You didn't know they moved into your neighborhood, but maybe if you brought over a hot dish you could, you know, break the ice?