Share All sharing options for: BETWEEN THE SYNAPSES: CLEMSON QUARTERBACK TAJH BOYD

Between The Synapses is a weekly examination of college football's most compelling brainwave activity. Today we invite you into the thoughts of Clemson sophomore signal caller Tajh Boyd, early in the second half of his victory over Florida State. 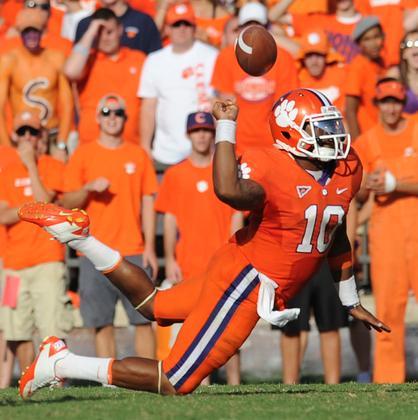 Star Wars just got released in Blu-Ray format, and, unsurprisingly, people are just going nuts about George Lucas refusing to present the original movies as just that - original.  Personally, I think the anger is a bit much. It'd be one thing if Return of the Jedi now featured a freshly-thawed Han Solo coughing up lung tissue for seven minutes before he collapsed and died. But these are just details being altered, not meaningful or substantive changes.

Don't get me wrong; I think they're all unnecessary. Still, I can't help but think so much of this public backlash is just residual disappointment with the prequels, which, if we're being honest here, really never could have succeeded under the weight of such impossible expectations. (It was, of course, inexcusable error to cast Sam Jackson as a stoic Jedi Knight and not as Billy Dee Williams's father, Mando Calrissian.) 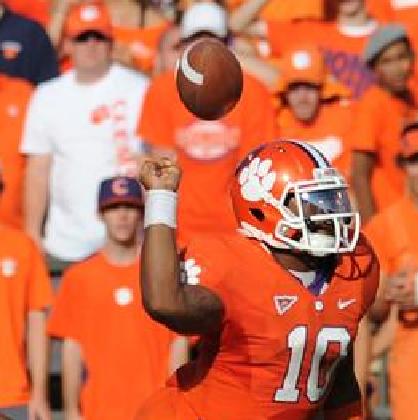 The original movies themselves were never entirely coherent or logical, anyways. I mean, why does the Death Star need to orbit around the planet Yavin to fire upon the moon where the Rebel base is located? Can't they just destroy Yavin itself, likely pummeling the moon with massive asteroids? Worst case, wouldn't that at least create a cataclysmic event on the moon by suddenly destroying its orbital center?

Those head-scratchers are just as inconsequential as the primarily cosmetic alterations we're talking about here.  They only cheapen the experience if you let them.  I mean, what's more damaging to the Star Wars legacy - adding in a few extra CG aliens in the background or sneaking this into the media guide? 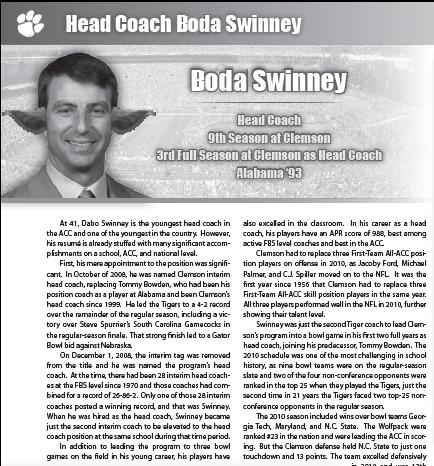 My Spanish tutor helped me make this and had no idea why "wedding Swinney" was so funny, but I think she's more into period dramas.  Coach said it wasn't acceptable, but I've seen this framed in his office, so whatever.

My point is, the original trilogy remains a spellbinding movie experience. Just look at a child's face after he or she watches them for the first time. Lucas isn't changing what we really love about Star Wars.  I still wonder from time to time if Force powers are a real thing I can perform, if only I can summon up the confidence.

Just like Luke hanging upside down in the ice cave...if I can just tap into that part of my mind...I can move this ball...without touching it...safely out of bounds...reach out...with my feelings...... 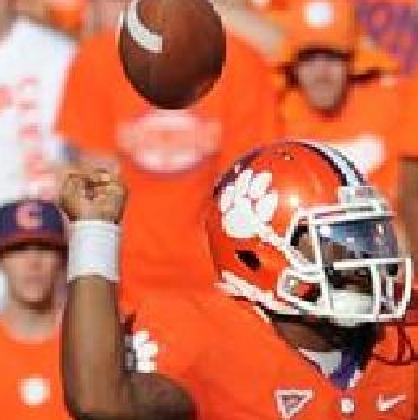