Lost in the excitement of each week's set of games is a time-honored college tradition: coaches of those teams which have a bye rent out space in a community center and meet up to enjoy some relaxation and camaraderie. Graciously, the coaches have allowed us to sit in with them for a feature we call

NAVY HC KEN NIUMATALOLO: Ok, fellas, the delivery guy said the pizza should be here in thirty minutes or s-

WASHINGTON STATE HC PAUL WULFF: Did you order a "In The Meat Of The Night?" I don't like vegetables only meat because I am a tough man and I only eat meat because winners get meat and that is me. 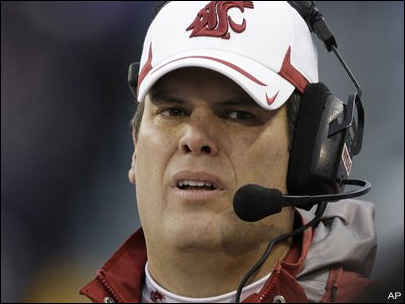 NIUMATALOLO: Paul, I told you, they didn't have anything called "In The Meat Of The Night" but we ordered a large pepperoni with sausage.

WULFF: Well that meat is for me because I am hungry like the coyote so nobody else gets it but big me.

NIUMATALOLO: Ok, Paul, nobody else will touch it. Anyways, Northwestern, Kansas, Tennessee, and Wake Forest, you guys were assigned Activities - what did you bring for us today?

NIUMATALOLO: I thought we talked about this ahead of time, Pat - we do this to get away from football. We're not doing linebacker drills tonight.

FITZGERALD: Huh? But this is just how I play Duck Duck Goose. (He spears Paul Wulff,)

TENNESSEE HC DEREK DOOLEY: Well, my game is definitely not about football, even though it is about FUN! 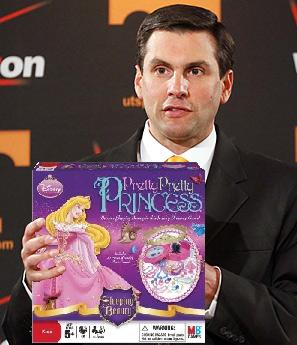 DOOLEY: Pretty Pretty Princess!! You guys, this game is sooooooooooooooooooooo awesome. And anyone can win! You just spin the spinner and move the number of spaces, and when you land on a special square, you take a piece of jewelry. But you can't win until all your jewelry matches, even if the pink necklace and the green bracelet look super cute together, and they totally do.

And the game ends when...um...oh shoot, I always get so distracted by the sparklies and forget how it ends! Let's see you match your jewelry, you get the crown...

LOUISVILLE HC CHARLIE STRONG:...and then you look in the mirror and proclaim "I'm a Pretty Pretty Princess."

(The others stare at him in confusion.)

STRONG: Oh, come on. It's the only way I can coax Will Stein onto the practice field.

DOOLEY: So do you guys want to do Miss Mary Mack to decide who goes first? I should probably just go last because I am so super good at this game.

NIUMATALOLO: Well, um, thank you, Derek, but let's just be patient and see what everyone else brought tonight. 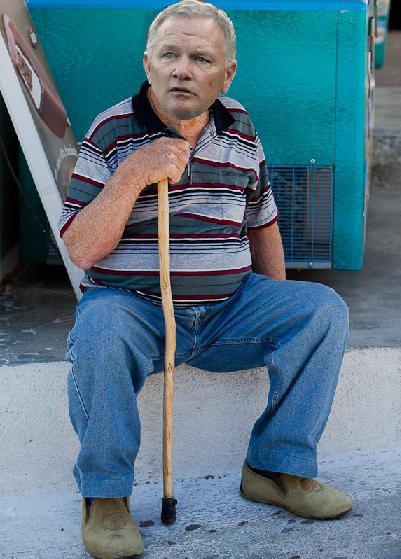 GROBE: Dunno. Used to be a stick could occupy a fella for hours, maybe days. Didn't have to be fun. Just sit there, watching it. Maybe hold it for a little while. Maybe not. Used to be seven wins was fine, too. Now everybody wants a shiny new Orange Bowl trophy or a Nintendo 4-G. Don't care about that nonsense.

KANSAS HC TURNER GILL: No sweat, guys, I totally got us covered. Because I brought the most thrilling game of all - laser tag! 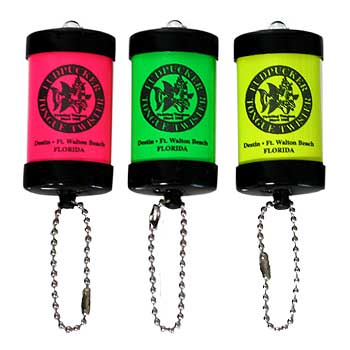 GILL: (aiming at Grobe and somersaulting) Pew pew pew! Oh man, I nailed you, Grobe! Right in the nuts! Game over, man, game over! Hahahahah! Come on guys, grab a laser pack!

NIUMATALOLO: Turner, those are flashlight keychains.

GILL: What? No way, man, these are laser packs. Don't freak out, they're totally safe. I didn't ACTUALLY laser Grobe's nuts off.

STRONG: No, those are definitely keychains. I should know - we send those out to the best high school recruits in the state. Whiiiiich actually explains a lot, now that I think about it.

UTAH HC KYLE WHITTINGHAM: What an un-fucking-mitigated disaster. Ken, I'm pretty sure I saw an old Risk set under the coffee table in the other room. Let's just play that, assuming you dipshits can handle it.

(The game is readied, and most of the coaches take their places. Absent are Dooley, who has occupied himself playing Dream Phone with an old drawer handle, Wulff, who has been knocked unconscious by Fitzgerald, and Grobe, who has fallen asleep and beaten Florida State at home in the process.)

NIUMATALOLO: Well, we don't have enough colors for everyone, so let's split into teams. Let's put Mack Brown, Turner, and Paul Rhoads together as Team Big 12...

TEXAS HC MACK BROWN: You turn your back to me and I swear I will fish your kidneys out with a wire hanger, Rhoads.

NIUMATALOLO: Shaw, I'll play with you and Whittingham as Team Destructo. And that leaves Fitzgerald, Strong, and Taggart as Team Neverwinsanything.

NIUMATALOLO: I said Red Team.  You all are Red Team.

THE ECTOPLASMIC MASS WHICH EXISTS OUTSIDE THE VISIBLE SPECTRUM AND WAS FORMERLY KNOWN AS PURDUE HC DANNY HOPE: Um, you didn't put me on a team.

NIUMATALOLO: Somebody shut the window, it's getting drafty in here. 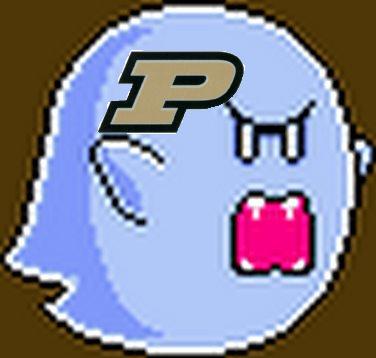 HOPE: Goddammit. You all had no problem seeing me when I was coaching Eastern Kentucky. Fucking bullshit.

(An hour passes. True to form, Red Team is quickly out of the game. Team Big 12 is pondering where to move next.)

RHOADS: Ok, I think we need to move from Kamchatka to Alaska and try to break up North America from there.

BROWN: No way, Jose. Kamchatka is staying put. Brand is too valuable to start moving it around like that. Best to just consolidate, give the people what they want.

RHOADS: What? That doesn't even make any sense? The point of the game is to expand into other territories and take them over.

BROWN: Maybe the way you play. I say people love Kamchatka, and people are gonna want all Kamchatka, all the time. Alaska my leathery ass. We're staying put, and we're putting up a resort. Hotel Kamchatka. Visitors get to see all the inner workings of Kamchatka Nation. Gonna make a boatload off this, buddy boy.

(Rhoads and Brown give him blistering looks.)

RHOADS: The only other move we have is moving from Ural to Ukraine, right where they're heavily fortified! It's suicide, Mack. You're really going to destroy Team Big 12 just to protect Kamchatka?

BROWN: Y'all do whatever the hell you please out there in Ural. Mack Brown is here to protect the interests of Kamchatka first, last, and only. 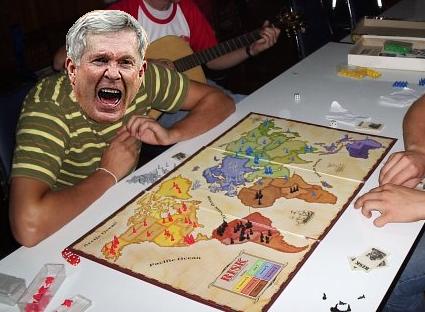