Theorizing that one could time travel within his own lifetime, Dr. Sam Beckett led an elite group of scientists into the desert to develop a top-secret project known as Quantum Leap. Pressured to prove his theories or lose funding, Dr. Beckett found a glue-sniffing vagrant, threw him into the project accelerator, and watched as he vanished.

That vagrant was Big 12 Commissioner Dan Beebe, passed out after drinking himself purple on fortified wine after a very rough Monday night in 2011.  Beebe awoke to find himself in the past, suffering from partial amnesia and facing a mirror image that was not his own. Fortunately, contact with his own time was maintained through brain-wave transmissions with Al, the project observer, who appears in the form of a hologram, that only the vagrant can see and hear. Trapped in the past, Dan finds himself leaping from life to life, putting things right that once went wrong, and hoping each time that his next leap will be the leap home. 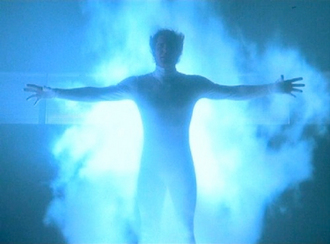 That looks a bit too ripped to be Beebe, but whatever. Maybe he just got done with a cycle of Insanity or something.

FLASHES OF LIGHT. Dan Beebe finds himself standing in a hospital operating room. He looks down and sees his arms covered in surgical blue scrubs. His hands have the gloves of a surgeon on them, and a circular section of belly described by a coating of blue surgical linen sits below him. Nurses look at him intently.

Nurse: Dr. Zander, we need you to begin the surgery. The prime minister does not have long to live.

Al: You appear to be Dr. Jim Zander, Dan, a thoracic surgeon and the man who operated on Prime Minster Winston Churchill during a secret emergency appendectomy in 1945. The historical implications could be huge, Dan! 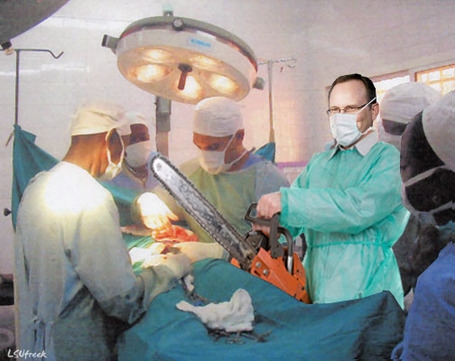 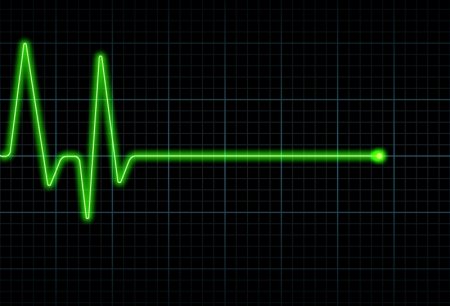 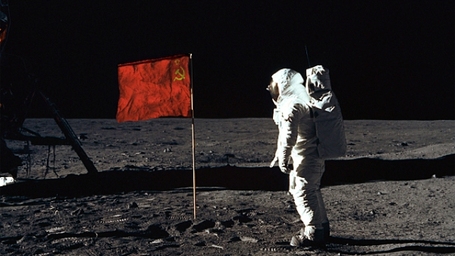 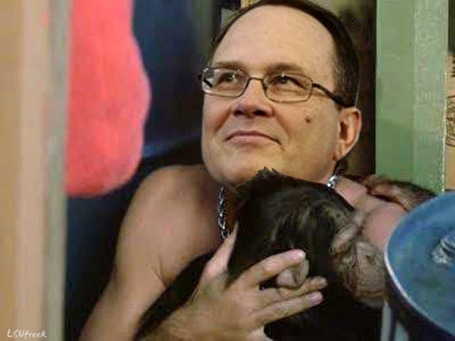 Dan looks down and finds out he is A CHIMPANZEE IN A NASA TESTING FACILITY.

Al: Okay, you got this one. All you have to do is pilot a rocket with those strong chimpanzee arms of yours. Apparently, you already have the training, and can remember almost all of it.

Al: Yes. That, and you have to fend off the romantic advances of that lady-chimp you're holding.

Dan: Afraid I'm only going one for two on this mission, Al.

DAN is grabbed by powerful and amorous female chimp

Dan: Okay, let's see what this baby can do! 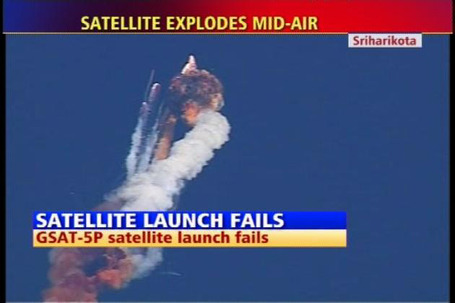 Al: I think you shared 100 percent with that chimp oh god it's coming back no wait dry run it's cool. You're that guy in Valkyrie now. 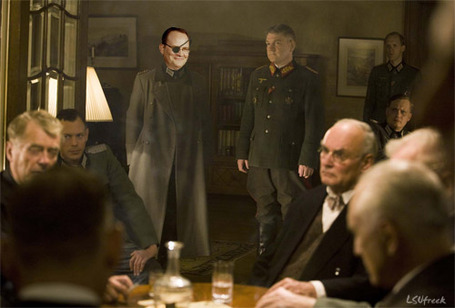 Dan: I'm sorry, I don't do gay scenes. A chimp is one thing, but at least it doesn't expect me to go to the gym twice a day and shave my personal hair.

Al: All you have to do is leave the bomb in the right place and kill Hitler, Dan.

Dan: Oh, that sounds easy. With what briefcase, again?

Al: Wait, I thought you had it. I can't carry things. I'm a hologram.

Dan: Is that what that is? Shit, I thought it was a vitamin deficiency or lupus or something.

Dan: Wait, did I leave it back in my last...remembering something about monkeys and rockets here...

A room full of chimpanzees in cages eye a briefcase on the table of a NASA Research Lab. One covers its eyes

[A SOUND OF EXPLOSIONS AND MONKEYS SCREAMING] 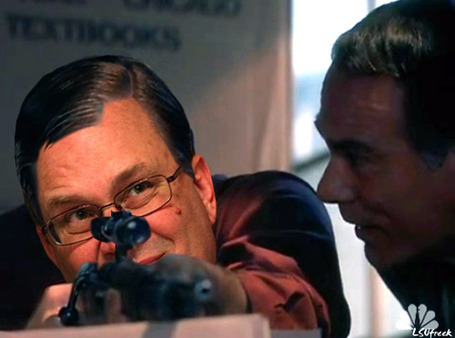 Al: Okay, this one's tricky. You're Lee Harvey Oswald, and you don't have full control here for some reason. I'm sorry Dan, but I think you have to try and kill the President.

[Dan Beebe fires no fewer than 16 bullets and misses with all of them.] President Kennedy sexes the world into a state of peace. 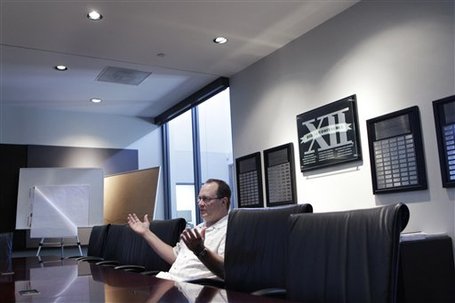 Al: It seems you are the Commissioner of the Big 12 conference.

Beebe: No, I remember this.

Al: Well, this one seems pretty easy, then. All you have to do is rearrange the conference to keep Oklahoma in it, and thus save the day. Seems easy.

Beebe: Can I go back to the one where I had to make chimp love and fly a rocket? Because that was, like, way easier than this, Al.

Al: I suspect you have ulterior motives for this.

Beebe: Don't judge me, Al. There's two things you've never done in this world. One is felt the strong, barrel-crushing embrace of a chimpanzette in the full flush of romantic rage-lust. The other is trying to bleed a nickel off Deloss Dodds and Texas.

Al: What on earth do either of those have to do with anything?