I CALL HIM GAMBLOR: WEEK 3

Share All sharing options for: I CALL HIM GAMBLOR: WEEK 3 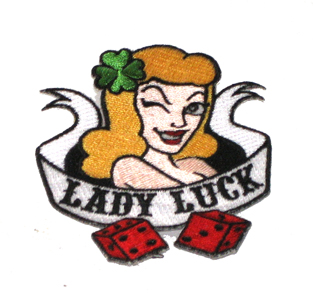 A note, kind readers: Luke is occupied today with other SBNation business, which certainly does not involve training a well-bred horse to wear a suit and hold press conferences so that he can take over as head of the Big 12. All of the bets below which end up winning were his idea. All of the bad bets were mine, because I am the new guy and enjoy a thin veneer of internet anonymity. If you want to fight me about it, meet me behind the "Young Snowboarders" AOL Chat Room after school.

While you're busy washing your clothes on 'hot' and utilizing an unreasonable amount of bleach to try and get the stink of last night's LSU-Mississippi State defensive donnybrook out, it's only fitting to consider what's important in life. Sure, loved ones have a certain charm and appeal, but deep down, you know there's only room for one truly special lady in your life.

Lady Luck smiled upon your humble gamblor medium this past week when the things-resembling-real-bets panned out to the tune of 5-3. The season total is now up to an above .500 9-7, but of course if you want to pay lip service to the sort-of-pulled-out-of-thin-air improvised lolz0r wagers, that number could go up to 17-7. I imagine that's the one I'm going to put on the resume I sent out to covers.com in a desperate attempt to get free buffet coupons.

As always, the advice herein should be heeded at your own seriously misguided sense of risk. Even a Prince would know the only currency worth its weight in anything is the WillieBuck. 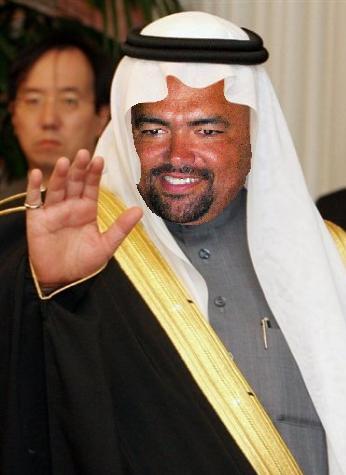 Bet: Boise State -20. If you think Boise's not going to try and wallop the team that nearly upset the Buckeyes last week, you clearly haven't been paying attention to Gordon Gee's thoughtful views on teams from non-AQ conferences.

Bet within a bet: Kellen Moore throws for 300+. He only tallied 261 against Georgia, and Toledo held Ohio State to 189 yards through the air. But when you're toting a shotgun full of rock salt and hate, you only stop firing when your trigger finger falls out. 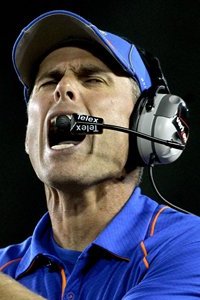 Absolutely. This will happen when Toledo converts on 3rd and 3 from their own 35 in the first half, with Boise State already leading by 20.

Bet: Clemson -3. Ted Roof is on mile 7, and this is when he really starts to hit his stride. (Plus the pain of thigh-chafe is just turning into numbness.) You call it "abysmal defense," Ted just calls it gettin' the ball back to the good guys ASAP.

Bet within a bet: Urban Meyer inadvertently calls Auburn's coach "Gene Cheesedick" but plays it so cool that nobody, including the media, ever calls him on it. He will only do this once, because Meyer is a jerk, not an idiot. 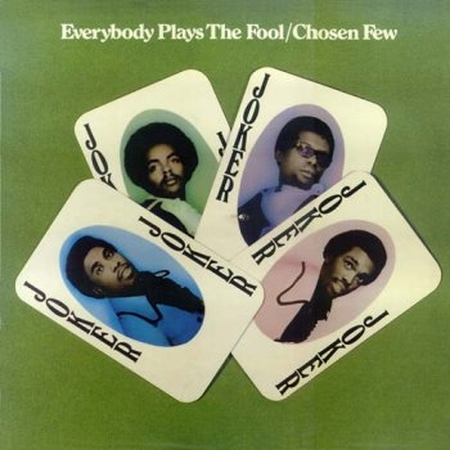 That's Luke in the green.

West Virginia +1.  Maryland's offense will stall out when Gary Crowton misplaces his patent-pending Crowton Cube in the 3rd Quarter. (The Crowton Cube is just a standard die with no other numbers but three on it.) Without his trusty cube, Crowton will be faced with 4th and 7 from the Mountaineer 27 and tell his offense to "just put the ball down and walk away and don't say anything."

Bet within a bet: Terrapin quarterback Danny O'Brien is on pace to throw for over 4000 yards this season - and only 16 touchdowns.  After this game, that number will increase to a pace of over 4500 yards but only 8 touchdowns. 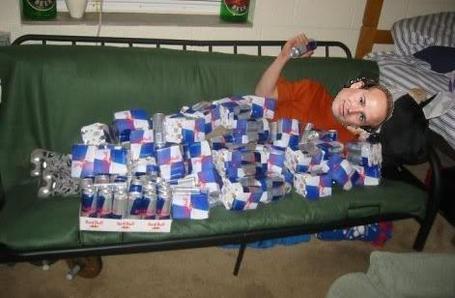 (Above: Dana Holgorsen recovering from his First Communion party.)

Bet: Miami -2.5. Properly chastened by the NCAA, Jacory Harris will throw the ball away when necessary, check down to secondary receievers, and only throw deep when the defense is well out of position. He will also dress in a nun's habit and avoid any and all eye contact, lest he be thought immodest.

Bet within a bet: The over/under for this game is sitting at 46, so take the under. Yes, this will be a bare-knuckle brawler grudge match, but the kind where one guy tears a rotator cuff trying to throw a cinder block and the other guy calls for a truce after 5 minutes because JEEZ his asthma is killing him.

Bet within a bet within a bet: Number of Cubano cage fighters Dr. Luke Fickell, PhD pins during the weekend: 2.5. (The half represents a half-Cuban man, half-ocelot that Rick Ross has had specially bred for this tournament. Ross will promptly execute the poor beast for failing him.)