STILL IN STARKVILLE.  Our summary is up here and is must read because we said so, that's why. But before we leave this fine scene, please know this: if the picture of you at your retirement is half as ill as the image Mississippi State used of Jack Cristil, you have succeeded in life. 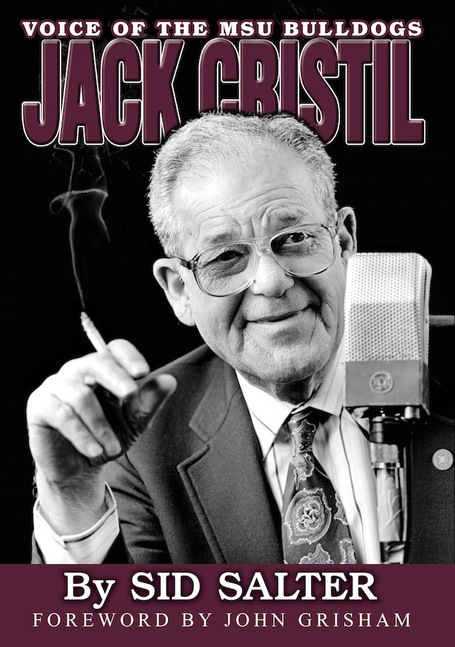 It was the greatest moment of triumph for Miss State on the night, because LSU's defense is one big NO in every direction with little variance. I'd like to pass here--NO. How about a speed option HELLLLLL NO. And this play action pass LOL SACK OW BANG MAIMED LINEMEN NO.  LSU fans may cite Bill Parcells as the inspiration for the win, but it's Schembechler ball, and Big Ten style dipped in Cajun spice and deep fried in the mindgrease of Les Miles. (Not everyone associated with Miss State lost last night, though.)

DEMAND AUTHENTIC FANDOM VOTE SWINDLE ON SEPTEMBER 17TH OR METEOR BUT FOR GOD'S SAKE DON'T APPEASE THE ORANGE QUISLINGS AMONG YOUR RANKS.

Dominique Easley will dance no matter what you decide because he is a "real lively person." Meanwhile, John Brantley is so nice, just bringing gummy worms to his big offensive linemen like he's feeding bears to make them his friends. We're like, the nicest team ever and stuff, guys. [HUGS] [STABS YOU ALL IN THE BACK WITH THE FAT MAN'S KNIFE] [HIS GREASY BUT WELL-SHARPENED KNIFE.]

STEVE SPURRIER RUNS A TRIPLE OPTION TOO IT'S CALLED LATTIMORE OR JEFFREY OR OH GOD STEPHEN WHAT THE HELL ARE YOU DOING. Garnet and Black Attack consorted with the enemy at The BirdDog to discuss Navy's offense, which should be fun to watch this weekend because while they may not win against South Carolina, the Midshipmen will certainly shorten Steve Spurrier's lifespan to something shorter than what Garcia has already reduced it to.

KEN STARRS GONNA KEN STARR> That is some hustle, counselor Starr.  No really, tiny Baylor is leveraging this as hard as they can, and for that we have to pay respects. The fight is over when things go black, and you see the white light welcoming you into Conference-USA. Sorry, but in C-USA Heaven your God is played by Brian Dennehy, because he needs the money until his whole Brian Kelly biopic project comes together. (There's Something Wrong With My Dick: The Brian Kelly Story. Debuting on DVD in February 2012.)

UNDER ARMOUR-THEMED JAIL UNIS NOT AVAILABLE. If you were wondering why two Maryland players were suspended for the West Virginia game, it may have something to do with the second-degree assault charge Ronnie Tyler picked up this week. His trial date is November 1st, so you may not see him for a while.

EN ROUTE: We're heading back to ATL. Luke will be along with the gambling column, and then it's open threads for the weekend. Enjoy, be safe, and when in Starkville try the duck butter at the Starkville Cafe on pancakes. Diabetes home starter kits don't come any cheaper than that.