THIS WEEK IN BARBASOL: THE REVIEWS ARE IN

Share All sharing options for: THIS WEEK IN BARBASOL: THE REVIEWS ARE IN 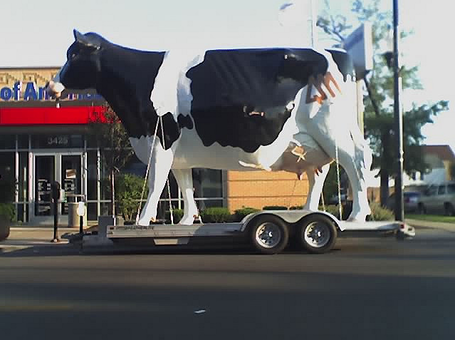 For roughly going on, oh, let's just say 6 years now, there has been a sizeable murmur; a voice of the people, if you may, suggesting that the Big Ten was objectively slower, subjectively less talented, unquestionably a vanilla product, and without much doubt a lesser good. While scientific combines, results at the next level, and a decent amount of counter evidence to the contrary has emerged from the league's wheat (sans Chaffdiana and the like), the middle-to-lower tiers of the league and having things like BCS-caliber Alabama facing, well, not-that-Michigan State continue to produce more than a fair share of damning circumstantial evidence.

ENTER 2011: a world where mindless idioms and lazy cliches become fact. No matter how dedicated to the cause you may be, B1gsylvania has been r-o-u-g-h in the early parts of 2011. Even historic powers like Ohio State and Nebraska have given reasons for pause with unconscionably lackluster play. Where as Jim Tressel-era Buckeyes would respect opponents to fault and treat non-conference intrastate matchups like NFL preseason games, the Dr. Luke Fickell, PhD. Buckeyes have mastered the art of sloppy tackling, mental mistakes, and general ineptitude.

Coincidentally at the same time America's oldest conference (TM/completely made up) has gone belly up, so too has internet fail-meme film "Bucky Larson: Born to be a Star." After garnering a bold, legendary status worthy 0% on Rotten Tomatoes' Tomatometer, it's only appropriate to compare actual reviews of this era's "Freddy Got Fingered" to its closest football equivalent. Lindsay Lohan in "Sun Belt: 2k11" and "Tyler Perry's 'Big East'" get a pass. This time.

This [game was] dire, soul-crushing stuff.

If Kirk Ferentz had a production company, it would be "Happy Madison." Why churn out anything substantive when you can usher out the same intellectually devoid drivel you and your friends/coordinators churned out when stoned in your Iowa City low income government housing at 5 am in the morning last Wednesday?

Ferentz sat on the ball at the end of regulation then defaulted on his payday loan running the ball in overtime to give Steele Jantz, who I'm convinced is a sentient personification of Phil Steele's 10-year picks record, and So-Damn-Proud Paul Rhoads a victory over the Hawkeyes.

Wholesomeness Index: 99%. They may not look like much, but Grandma thinks ol' Kirk was just playing the odds.

Humiliating Schnelly on his farewell tour? Surely you jest. Oh wait. You're Mark Dantonio. You've never joked about anything ever in your entire 50+ years of life on this Earth. May your somber dickness guide you on your righteous journey.

Wholesomeness Index: 90%. Mark Dantonio only drinks whole milk. The 10% is because he once accidentally looked at a nudie periodical while at a coach's convention in lost Vegas. It haunts him to this day.

A comic monstrosity...plays like an unfunny idea for a raunchy five-minute sketch that's been cruelly extended to an insufferable [three hours and 30 minutes]. 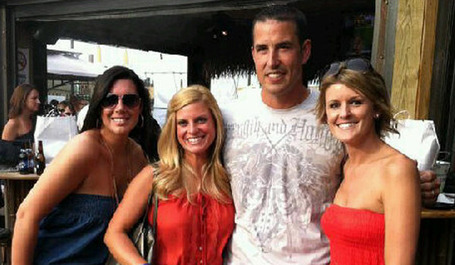 NOW HOLD UP, BRO. I DON'T GET WHAT YOU'RE DOING HERE. THESE SPECIAL LADIES? THEY LOVED "BUCKY LARSON". NICK CAGE IS A GENIUS, BRO. TOLEDO? JUST KEEPING IT REAL. THE WARRIOR POET ANDERSON SILVA SAID IT BEST WHEN HE WAS LIKE "YOU CAN TOTALLY DICK AROUND FOR 3 ROUNDS AND THEN KNOCK THAT DUDE OUT." BEFORE YOU JUDGE ME, YOU BETTER TAKE A LOOK IN THE MIRROR. DO YOU HAVE WHAT IT TAKES TO MAKE IT IN THE ULTIMATE FI... I MEAN BIG TEN FOOTBALL CONFERENCE? THAT'S WHAT I THOUGHT, YO. GET SERIOUS ABOUT YOUR TRAINING OR GET THE HELL OUT.

Wholesomeness Index: 20 AS IN GRAMS, WHEY PROTEIN, 3 TIMES A DAY.

With his pageboy haircut, ''Gee, golly'' Midwestern accent, and two protruding Chiclets for front teeth, [Bret Bielema] is a one-note joke played over and over and over.

Wisconsin is the only bonafide (or "bonerfide", sorry Coach B.) football team in this entire conference. Not that anyone would mistake the Beavers of Oregon State as any more than a walking injury report, but Wisconsin done did them in the way a team of Team #AllRussellWilsonEverything should. The only thing funny to make fun of is Biel's ankle tattoo. And his appearance. And that year he spent with the dragon.

An inept, lazy R-rated [game] whose sole purpose is as a glossary of euphemisms for genitalia and sexual acts.

Essentially every game [COACH REDACTED] has ever coached has been one, long, endless Kevin Nealon vehicle. The Florida-era was like "Weeds" S 1-3, and then the Illinois tenure has basically been every season since. Nathan Nounhaas wracked up some stats. Other things happened. Points were scored. Paul Petrino.

Wholesomeness Index: 3%. Shout out to you, Mrs. Zook. You're a special lady. *wink*

Wanders around in the general vicinity of a joke idea without ever approaching anything like a punchline.

Pat Fitzgerald looks sort of like the kind of bro who'd hang out with Adam Sandler to lift heavy things for his amusement, but he's actually a well read, former-CFB bad ass. Credit where credit's due, but, like, dude: You gave up 21 points to Eastern Illinois. Kain was able (LOLOLOL) again filling in for a dinged up Dan Persa throwing for 104 yards on 10/13 attempts and rushing for another 109 with 3 scores on the ground. The absence of Mike Trumpy was a big downer as Trumpy suffered a concussion at his day job as a character on a children's show.

No jokes here. Crappy outcome against an even crappier opponent, but just a game. Godspeed, Jerry Kill.

Wholesomeness Index: N/A. I was watching that game when that went down. That was rattling to say the least. Glad to hear the prognosis is positive.

I would describe it as giving new meaning to the word "slapdash" except for my suspicion that no one involved has any idea of the old meaning of the word.

Joe Paterno never left slapdash. It's not his fault that slapdash's once thriving neighborhood suffered a socioeconomic collapse in the late 70's and now resides in one of the roughest parts of adjective down. Penn State wasn't completely trampled by Alabama's offense, and I suppose that's somewhat of a moral victory in and of itself. Their offense on the other hand? Oooh. Sorry. 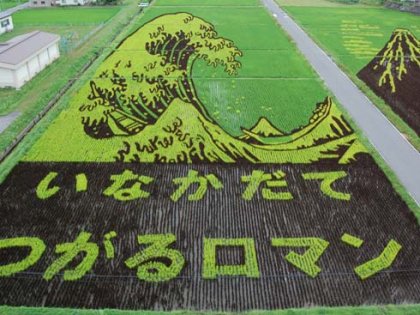 You may or may not laugh, but at least you'll be closer to death and no better for it.

Kevin Wilson -- Let's hang out. Sometimes you have a cool mustache, sometimes you lose a bunch of football games. Oklahoma fans never really dug you, but I bet, for whatever reason, you're inexplicably good at losing Goldeneye matches in the waining seconds. Kudos to Indiana for bouncing back from an early deficit only to blow this one late in the contest. That's the marquee of a just kind-of-bad football team instead of a god-awful-holy-#$!@-are-you-serious-oh-the-humanity one.

Wholesomeness Index: 17%. You're embarrassed to be in a relationship with them on facebook, but they'll never meet your parents and --Who are we kidding, you're totally embarrassed.

U MAD, BO? Oh, right, you're always mad. After this one, Taylor Martinez leads the nation in % of his teams offense at 80. The next closest? See the DERPle fight below. Those 2 INTs though? Oof. Good to know somethings never change.

Wholesomeness Index: 60%. Closer to your father's Nebraska Cornhuskers than any of the dark eras that preceded them, but still, far too loud for Grandpa.

It was just this. For almost 4 hours:

Wholesomeness Index:-99%. So unwholesome it came back to being wholesome all over again.