THIS WEEKEND IN GOLDEN FLAKE: THIS WEEK IN THE SEC

Share All sharing options for: THIS WEEKEND IN GOLDEN FLAKE: THIS WEEK IN THE SEC

LSU at MISSISSIPPI STATE. No, the numbers aren't good. LSU's defense took the last offense remotely resembling Miss State's and suffocated it, and if Chris Relf passes 50 times we are all but certain a ragtime piano player will apparate from thin air and begin providing the appropriate musical accompaniment to the farce. This is also Mississippi State, playing on a short week after coming a foot shy of coming all the way back against Auburn, playing against an LSU team fresh off a scrimmage with Northwestern State.

Les Miles being the Heisenberg of our time, his involvement naturally means any attempt to gauge the outcome of this game is futile, and indeed affects your ability to predict what happens. Auburn ran for 235 yards with ease against LSU, so let's just predict that doesn't happen. Jarrett Lee therefore goes buckwild, Vick Ballard shows up for the first half and not the second, and the whole thing ends on an extra point block returned for two points which is then disallowed on a celebration penalty pulled from the deepest recesses of a ref's ass.

The ref is then killed by a fusillade of flying cowbells, and who's writing "fiction" now, Shirley Jackson?

AUBURN AT CLEMSON. The meeting of the irresistable object and the immovable force, Auburn versus Clemson is less a football game than a street fight between two drunk ladies of the cotillion. Auburn is the society lady apparently at the peak of her powers, but who is secretly addicted to three different medications she combines with pulls from a brimming flask of Gordon's Gin she keep secreted in her purse at all time. (This being the SEC, one is speed, the other is oxycodone, and the last is bacon which she snorts in neat crimson lines from the countertop.)

The other lady is Clemson, a dysfunctional lady whose successes on the social scene are forever undermined by her failures and the mockery of a marriage to the best friend of her first husband. (She clearly hates him, but divorce is painful even when inevitable. Plus he's the church choir leader type, and the deacon type Clemson craves so dearly.)

Like all lady-tussles, this will be ugly and more violent than one might even expect: earrings will be torn from lobes, wigs tossed, and many tactical errors made. (Never hit with the purse! Also use the strap for strangulation) Auburn hasn't scandalized themselves by breaking a heel or chipping a nail yet, but if they do in this game it will be because of Sammy Watkins running unmolested through Ted Roof's artsy, avant-garde designs in the secondary. ("A blank canvas? With no defensive backs near the receiver? IT'S STUNNING I TELL YOU.) 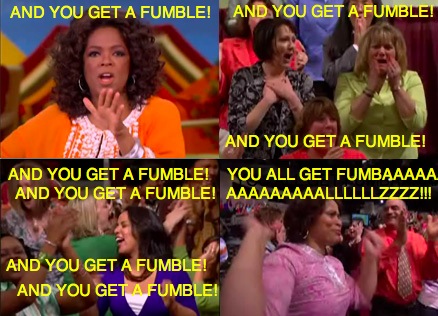 COASTAL CAROLINA AT GEORGIA. Isiah Crowell runs for 84 yards on four runs on one drive. Offense at the Coastal Carolina 5. Mike Bobo calls a shotgun formation goal line screen. Ball is picked. Mark Richt nods, and thinks, "Operation Forced Retirement is working according to plan, and Agent Bobo is its catalyst." For just a second, he can almost smell the salty air of a Honduran beach house.

TENNESSEE AT FLORIDA. You know in True Blood, when the bleeds set in past dawn when vampires stay up too late? That's totally going to happen to us in the third quarter when John Brantley throws behind an in route and hits a linebacker right in his perfectly sticky hand for his second pick. Have you ever had to pin your emotions for the weekend onto the back of a tiny spinning dervish with a fondness for the B button and sending threatening texts to his girlfriend? No? Too bad, because it is like smoking nutmeg inside the ball turret of a B-17 bomber that just lost two engines and its landing gear and is preparing to crash into a field of scrapmetal.

Tyler Bray is an idiot savant at quarterback, and our only hope is that he is way more of the first than the second on Saturday. Having Ronald Powell apply the crown of his helmet to the small of his back a few times would be great, and should be helped by the return of Sharrif Floyd at defensive tackle, but the crux of this game depends on Bray not functioning properly, as the Vols haven't been able to rush the ball all that effectively, and because Da'Rick Rogers will take howitzer shells to the chest for his quarterback. 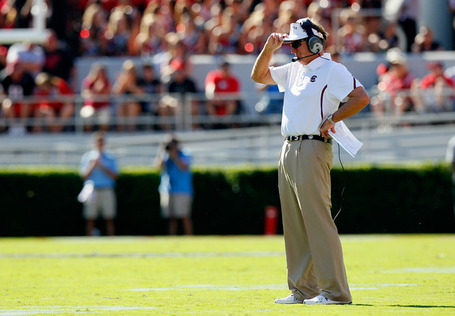 Spurrier: DANGIT STEPHEN. Now they got the dang ball back. You happy now? Look at 'em. They don't even pass. Don't need to. They just throw their helmets into your balls 40 times until you start crying and then some tiny guy who's gonna be wearing a wetsuit and night-vision goggles and slitting someone's throat is running by the pylon for a touchdown. I dunno. Maybe we should just get Marcus to run this for us, Stephen. Maybe that's what we should do. Run the bone.

Spurrier: Danny, help me. I pray to you: help me.

Garcia: I'm sorry, could you repeat that? There's this girl with some growlers in the third row who's just begging to get tapped, coach. 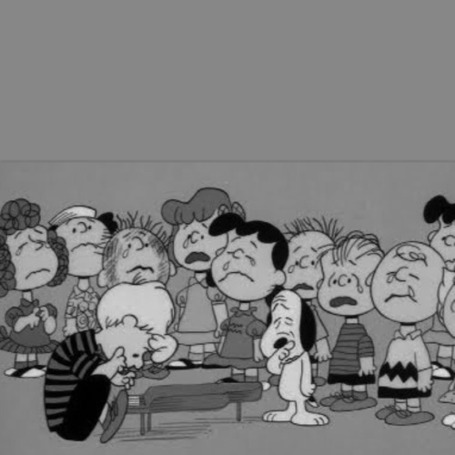 NORTH TEXAS AT ALABAMA. Having endured years and years of exposure to Idaho State football, Dan McCarney would be the ideal man to prepare your city for sacking by Cossacks. "No, no, don't put your jewelry up your ass. That's the FIRST place a Cossack is gonna look, ladies. Trust me."

TROY AT ARKANSAS. Dabo Swinney was put in the position of pitiless executioner against Troy last week, so surely a sympathetic type such as Bobby Petrino will surely display some mercy HAHAHAHAH THE PETRINOBOT HAS NO SUCH PROGRAMMING COMMENCE OPERATION FIFTYSPOT. Congratulations! If you're sitting in the front row and look like you have a decent bench press, Larry Blakeney may sign you to a scholarship at Troy in the middle of the third quarter.