POLLITICAL CALOLCULUS: A SURVEY IN NON-NEWS

Share All sharing options for: POLLITICAL CALOLCULUS: A SURVEY IN NON-NEWS 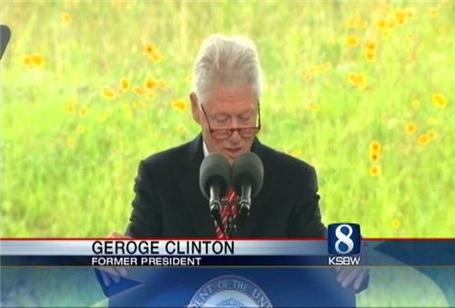 While recovering from the shock of the existential mindfuck that was the Entourage finale, it's possible your brain blacked out an afternoon's worth of quasi-non-news from the college football landscape. Early lines and polls are both out, and while neither means more than nothing, it is by custom necessary that we spend a lot of time dissecting these bits of information and even more belittling each other about them (WEEK 3 SPREAD NATIONAL CHAMPIONSHIP, PAAAWWWWWL).

Do you hate thinking? Obvious survey is obvious. So too does the San Jose Mercury News, who elected this offseason to hire one of Dr. James Franco's latest innovations to manage their weekly poll submission. The results are straight from the fatuous fictional playbook you expected. Our wonderchimp cranked out the big balls in the hypoderpiest of fashions on his AP ballot with 2 loss Georgia getting the nod at 18th, one loss BYU getting credit for a gritty (see: completely inept second half) one point defeat at the hands of... Wait for it. Wait for it. #14 Texas.

Texas is a sound choice for the top 15 via their new completely inexperienced two quarterback clusterfuck. The logic is as follows: "If Garrett Gilbert is the root of all evil, the square root of money times bitches and money equals 'The Great State of Tech-sus' at #14." Because Texas is worthy of your praise and admiration, it goes without saying that Texas A&M is clearly deserving of being slotted 9 spots higher. Did you see Mike Sherman? Those calves man. Dude's been doing Insanity. You can just tell. 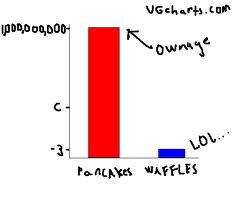 The macro level fares slightly better, though a ranked one-loss TCU in both polls at 25 leaves the same taste licking a 9-volt battery does. Mississippi State, while a fine preseason SEC West buzz pick, gets residual love for getting goal line-stood in a chance to force an extra session against mighty defending national champion Auburn. Auburn meanwhile has firmly asserted themselves as an unbettable-against Evil Empire that wins games almost exclusively out of spite, and will inevitably crush the hopes and dreams of their cynics and supporters alike. They will beat South Carolina and/or Arkansas on the road, and then promptly lose at Georgia and/or to Ole Miss at home. It is written in the stars. Dennis Erickson's Sun Devils too check in at 22, because, volcano insurance and what not.

The early, early Vegas lines are also out in full effect, with Stanford just 8 point favorites heading into Tucson, the game most likely to seduce you into losing all of your hard-earned ducats. But "Andrew Luck/Jim Harbaugh-Dad Boner/toaster oven!" you may be saying. I, too, am willing to put a paycheck on this one, but in the back of my mind I know that this money may as well be paid straight to the order of Big Unable To Pay Rent. It's a red herring bet in the worst of the ways. You will get trolled and hard, friends.

The desolate gambling gods keep the party going with Louisiana State minus 4. Never, ever, ever bet on Les Miles unless freebasing chaos is the only way you can get 4-6 hours of sleep in at night. Mississippi State at home coming off a let down "upset" loss amounts to a venerable toss up, regardless of LSU's talent differential. You will be seduced into betting Mississippi State and then LSU will win by 20, or, you'll go safe and roll with the Bayou Bengals only to have the Bulldogs win by 15. This is the Les Miles Equilibrium Fallacy. Know it, embrace it, fear it properly.

Lastly, 0-2 Notre Dame being spotted 3.5 against Michigan State may too seem like a freebie, but know that it is anything but. Sparty's been inconsistent as all get out but while Notre Dame feels "due", they also did what we all saw Saturday evening in the 4th quarter. Brian Kelly's personal problems aside, Notre Dame still has to be the easy money, right? False. Mark Dantonio has the Tressel-against-the-spread evil mojo working in his favor. And regardless, any and all actual wagering of real money dollars on this game is publicly outing your mental fortitude as being on par with this: