Share All sharing options for: A 1997 COLUMNIST REVIEWS THE 2011 COACHES POLL

The coaches' poll is out, and let's review the laughable parade of guesses from the perspective of a northeastern columnist who hasn't paid attention to anything in college football (or anything else) since 1997. The picture is completely coincidental. 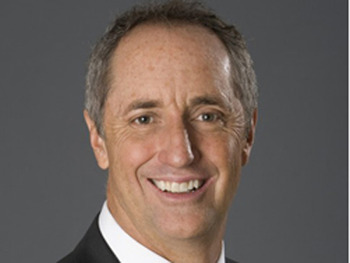 1. Oklahoma (42). Lot of faith in John Blake there. I went to Oklahoma once. Less geography than Lara Flynn Boyle.

2. Alabama (13) A solid bet here. Mike Dubose is going to be the coach for the next ten years at Alabama. Mark. It. Down.

4. LSU (2) Dinardo? More like DiNardon't. The only stripes these Tigers have are on their clothes, because this is a thug team if I've ever seen it. I'm from 1997, and not all of us know this is racist yet.

5. Florida State. Bobby Bowden at the peak of his powers. Scalps a-plenty to be had. If only he could get his promising son Jeff involved with this offense and out of conservative Mark Richt's way.

6. Stanford. Tyrone Willingham is truly building a dynasty on the Farm.

7. Boise State. This has to be a joke, like the time Phoebe did the thing on Friends, and then Joey was like "Whoa" and ran into a door, and then Monica looked confused and Chandler said the funny snappy thing. That show is called Friends for a good reason: they are our national buddies.

9. Texas A&M. Like the Democratic Party and the Dallas Cowboys winning the NFC, Texas perennial R.C. Slocum just keeps turning out winner after winner. Musketeers before steers in these Texas football sweepstakes.

10. Wisconsin. Barry Alvarez is merely badgering the witness at this point. Look for him to be in Green Bay by the end of the year when Mike Holmgren takes the job coaching his first love, the San Francisco 49ers. His replacement? Promising young coach Dennis Franchione. 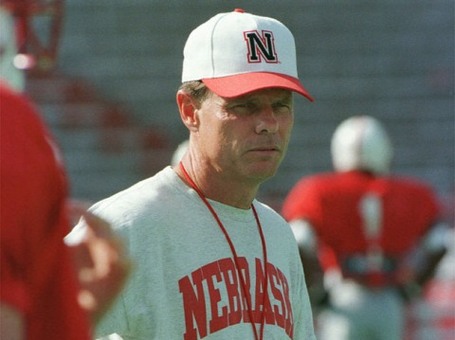 Nebraska should dominate college football for another decade easily.

11. Nebraska. Heartbreaking to see Tom Osborne call it a career, but what a way to go out on top. His deputy Frank Solich should more than steady the ship with the famed Nebraska option slicing right through Big XII defenses. Also: a little birdie tells me politics could be in Osborne's future. Let's hope he's tougher on crime as a Senator than he was as a coach, or Lawrence Phillps will throw NAFTA down the stairs! (Because he loves her, of course.)

12. South Carolina. Seems like a lot of confidence in Brad Scott. Then again, none of us had heard of Tara Lipinski before the Olympics, and look at her now!

14. Arkansas. Danny Ford's last chance to turn things around in Fayetteville. Don't worry: even if he's gone, your heart will go on. Titanic! Still haven't seen it. Waiting for it to come out on laserdisc. If it ends the way everyone else says it does, I've seen this before. Man freezing to death while his wife lives high and dry? I should sue, because that sounds a lot like my divorce!

15. TCU. Never thought I'd see the day when a Conference USA side would break through the Top 25. I applaud the Horned Frogs though, I really do. A real David & Goliath type. And besides, there's no reason a Conference called USA can't be the greatest in the world.

16. Ohio State.  Just when you thought John Cooper had this program turned around, they return to mediocrity. You can't keep scheduling Arizona State in bowl games and expect to beat Michigan when it matters most, Ohio

17. Michigan State. Former Cleveland Brown assistant Nick Saban has the Spartans exactly where he wants them. Like the Detroit auto industry, expect this prosperous marriage to last forever. East Lansing is a stepping-stone job no longer.

18. Notre Dame. As timeless as Billy Crystal hosting the Oscars. The echoes will whisper sweet nothings to Ron Powlus, our Heisman lock, and the Irish will tell Jack Nicholson to step aside. Why? Because under new coach Bob Davie, the Irish will truly be As Good As It Gets.

19. Auburn. Fetching another trip to Atlanta? Call 'em War Beagle, because they're in the chase with tails wagging as long as Terry Bowden

20. Mississippi State. Jackie Sherrill with an SEC football team is like giving Tim Allen a sitcom. You just know you're going to end up on the wrong end of Tool Time, and that he'll have "more power" than you in the end. A fabulous job by a guy who's gonna go a long way improving the home of the Bulldogs. Speaking of tools: I'd love to offer myself as a project for Patricia Richardson anytime. A fixer-upper? You bet, but you can't buy character like this anywhere. Page me, Patty!

21. Missouri. Corby Jones is the most electrifying player in college football as long as he doesn't fracture his jaw on Andy Katzenmoyer's shoulder. I repeat: he will win the Heisman AS LONG AS HE DOES NOT AT ANY POINT RUN FACEFIRST INTO ANDY KATZENMOYER'S SHOULDER.

22. Georgia. Like the Spice Girls, I'm not sure what they really want, but it's probably a safe bet to invest with Jim Donnan in the long run.

23. Florida. Much like famed grand master Gary Kasparov, the Head Ball Coach has fallen on hard times. Coaching against the Deep Blues of the SEC will be no easy task, but if he can prevail, look for the NFL to come calling in his not too distant future.

24. Texas. Yowza! That schedule is hairier than Yassir Arafat's neck. Andrew Cunanan! Madeline Albright! Mad About You! AOL.com and the computers.

25. Penn State. Penn State is the Microsoft of the Top 25. They've been here forever and always will be. Look for legendary Coach Joe Paterno and co. to provide assistance in the same way the Windows crew bailed out the once proud, fledgling Apple computer — by losing games to the likes of Purdue they simply shouldn't!

P.S. Call Scully and Mulder, because there is a missing team on this list. Where's Miami? It's not a top 25 without the 'Canes. Also, the Washington Huskies' absence is a real woofer, and I'm not talking about Beethoven 4: The Dog Eats My Ex-Wife's Shoes And I Don't Do Anything.