KANSAS STATE RECYCLES EVERYTHING WITH ECOKAT

Share All sharing options for: KANSAS STATE RECYCLES EVERYTHING WITH ECOKAT

In the history of this website, please note that the only cease and desist letter we have ever received from anyone came from Kansas State. It concerned an image of Willie the Wildcat, their mascot. Mascot always seemed to be a bit of a stretch here, since Willie is really not even a proper full mascot, but is instead the oversized cat head-shaped golf club cover of your nightmares thrown over the skull of an undergrad with cut biceps wearing a football uniform.

Anyway, that happened, and then Power Towel happened, and now we assume we we will never get letters because Willie the Wildcat's exact worth as a trademark post-Prince Rawk is now somewhere around $76.91. So adding in Eco-Kat can't really hurt the brand, though it can lead to this image from Catlab's dreams.

Ron Prince's settlement was paid with 14 of these. He accepted them, and is saving them for a rainy day when he can take them to a local bank and be arrested for counterfeiting. [/powertowelmusic]

By the way, the answer to "who can conserve the most energy" between Kansas and Kansas State in the football sense is Kansas, because laying down on the field and crying requires very little energy if you're not thrashing your arms and legs too much. (That's a proper tantrum, and would disqualify you from this competition.) Kansas State also clearly has the edge in the recycling portion of the contest as they've already used Bill Snyder a second time, and will probably rehire him after he steps down and inexplicably turns the program over to Mike Locksley of New Mexico, who will then be fired for punching a cow for looking at him the wrong way in his fourth day on the job. (Bill Snyder will coach at K-State forever.)

P.S. We're not proud of what's after the jump, but it's there. 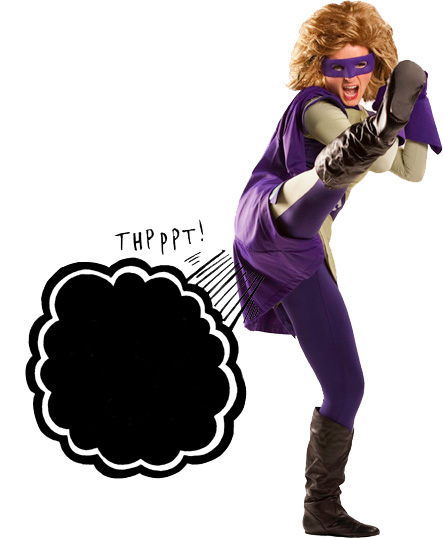