A REMINDER FROM THE EDSBS DEPARTMENT OF PUBLIC HEALTH

Share All sharing options for: A REMINDER FROM THE EDSBS DEPARTMENT OF PUBLIC HEALTH

Epidemiologists and public health people know what we're talking about here. You think a disease is gone after years and years of hard work, education, and vaccination campaigns. You think people have established a proper communal vigilance about these things. And then, one day, you're knee-deep in sick people wondering how someone thought eating bushmeat was a good idea, and yeah you were thinking about going to the beach house this weekend, but there was this little Ebola outbreak you had to look after in the name of the human race.

The point is that what is not being reinforced is soon to be forgotten. This brings us to something we thought we could avoid bringing up this year, but here we are, about to talk about it.

Despite years of public education, some of you still know people who insist on getting married on a weekend in the fall. 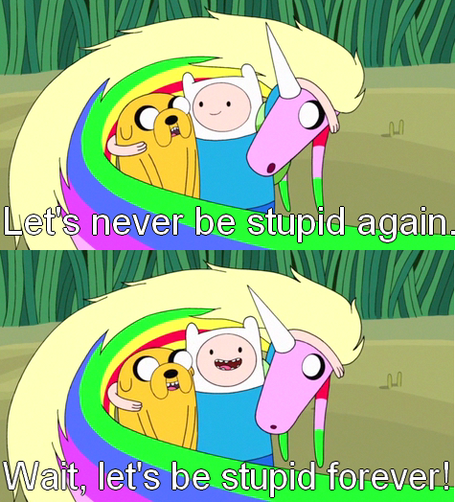 The smallpox of social interactions during football season returns yet again.

You thought you'd extinguished it, banished it to the dark ages, but nooo, here it comes, the product of negligence on someone's part. Maybe you want to blame a girl here, and that would be the natural inclination because girls ruin everything in one form or another. Blah, you should shower. Nag, you shouldn't be drunk at 11 in the morning. Ehhh, the only difference between you and a homeless person is a sign and fewer flies because a homeless person at least gets the benefit of the breeze to blow the insects away.

This is unfair. At one point, someone--male or female--broke the chain, and allowed the next person to say, "Oh, a fall wedding! Surely there's nothing else going on in the fall that demands all-day attention!" You can't blame them. You have to blame a lack of education, both on the part of college and NFL football fans, a group who stand to get just as screwed by a fall wedding as college fans (and maybe more so thanks to travel.)

Someone broke the chain, and failed to press home just how important this is, and that proverbial monkey biting all the customs agents has now infected an entire cluster of college fans. This is how epidemics happen, tragedies that could have been prevented if you'd made it completely clear that for a mere four months during football season, you are not available. Okay, perhaps you're available during the bye week, but there must be a television present, and no one can give you shit for ducking out to check a score. It's preferable to taking a small television in with you to the ceremony, something we know because we've done it, and it is awkward beyond even the comedic standard of awkward.*

*TV in audience, us on groomsman duty, and scores and times conveyed by hand signal.

So take that step. Find out if someone you know is going to have a fall wedding some day. If they say yes, inform them that football season is in the fall, and that it means you won't be able to go. If they say this is going to jeopardize your friendship, then this person is a terrible friend. Find new ones. We suggest the nearest Greyhound bus depot. It's filled with colorful characters who will make you forget your old friends with their enthralling anecdotes, bonhomie, and cheap but powerful drugs that they will be all too happy to share for a sandwich.

Could you make friends for just a sandwich with your old buddies? We think not! Also, your new friends will never get married because they don't believe in paperwork for anything, much less for who they have sex with under an overpass. Love in the great outdoors! You'll come to love it, mostly because you'll have to, new urban outdoorsman.

This message brought to you by the EDSBS Institute For Being A Responsible Football Fan. Remember: Football Means Never Having To Say You're Sorry, Mostly Because The Offended Party Is Unconscious And Convulsing On The Ground.