Thanks to Run Home Jack, we have an advanced copy of Randy Steele's awesome season preview. If you want him to keep walking, you'll buy like a hundred of these because otherwise he's going to be a cripple. --Ed.

Steelemas is a joyous time for every boy and girl, but it has a dark (if lesser known) cousin - Strangler's Eve. Phil Steele has a half-brother, Randy "The Strangler*" Steele who puts out a college football preview magazine of his own, though never earlier than a few days before the start of the season.  It is mostly plagiarism and fraud, and it is wholly unsafe for work, even if you're unemployed.

We here at EDSBS received a copy** of Randy Steele's 2011 College Football Preview and have been granted permission to share a few experts, as Randy "has to sell 500 of these by Sunday if he wants to keep his good leg."

*So named because of his propensity to walk into a liquor store, wrap his fingers around a bottle of gin, and drain said bottle of all life before the shopowner can stop him.

**We actually got this from a hobo who complained that this year's ply wasn't worth using for TP.

THE MOST NINJA COLLEGE FOOTBALL PREVIEW I KNOW YOU WILL AGREE
Welcome to another TREMENDOUSPLOSION edition of my College Football Preview which is so complete and fact-rich that I cannot possibly publish it before the end of August like some amateurs who can't even waterski barefoot.  In the back of the magazine (pg 17) is a picture postcard pre-addressed to my brother, "Dill" Steele, reminding him that he will never be the Steele brother who partied with Matchbox 20.

Here are some reasons you were way smart to buy my Preview and not some other garbage like "hand soap" because I can fill this empty Sprite bottle from the pump dispenser in the K-Mart family bathroom just fine:
- This is my fifth consecutive year being released on my own recognizance for allegedly passing bad checks
- Randy Steele is the creator and unchallenged champion of the St. Bartholomew's Easter Picnic pushup contest
- 2010 was another failure year for "Dill" Steele in preventing me from indulging in the spray paint he keeps in his shed
- [remember to add story about that time you banged the lady who was sigourney weavers body double in galaxy quest and then made her pay for breakfast at hardees]
- Amateur Self-Tattooist rated Randy Steele College Football Preview the 3rd most accurate member-created preview magazine in the "Sports/Leisure" category last year
- Only Randy Steele College Football Preview is made from repurposed charcoal bags so it can be both green and flavorful
I rely heavily on abbreviations because my dominant hand cramps up crazy bad thanks to that cop who threw me out of the US Air lounge at Sky Harbor International Airport.  Here are some you should know:
(below from page 7)
GEORGIA BULLDOGS 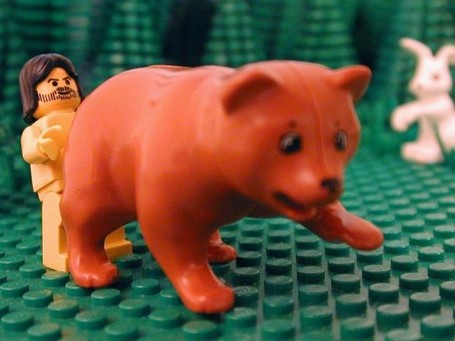 Fr QB Aaron Carter proved it was no fluke when he beat Shaq by throwing for >500 yds last ssn despite playing w/ NB.  HIV is unclear on this team - they may contend for the cnf title or they may suck more than my brother. YSP. I lost $40 and my left big toe after UGA lost their bowl game last ssn.  Not sure what the story is with WR Mohamed Massaquoi; his quiet offssn may mean he's focused on winning POY.  Didn't bother researching RB since that's always an UGA strength.  Bold prediction: if Richt wins less than 2 gms, he may not get his contract extended.
(below also from page 7)
CONNECTICUT HUSKIES
Transitioning to a new HC will be a challenge and I don't expect this inexp'd team to challenge for the conf TY.  Need to improve in RGs - last ssn this was a major issue.  Sr RB Rodney Stewart moves quicker than RFR from the Texaco through my lower GI.  Not sure if HIV gave me the right schedule; no Big 12 opponents listed.  Shit.  Realized I'm writing about Colorado.  Gotta stop writing previews while playing the one-armed BAN - just gotta win all these NBs so I can pay for the bus home.
(below from page 19, which was actually just a sex worker advertisement stapled to page 18)
MARYLAND TERRAPINS
Mascot is Tokka from TMNT2:SOTO.  Wonder if turtles are leftover dinosaurs, dinosaur is a weird word.  Dinosaur dinosaur DINOsaur dInOsAuR dddiiiinnnooossssaaauuuuurrr.  This preview shit is boring.  Wish the dog track hadn't started piss testing employees.  Dinosaur.

[Randy - before you print this out at the public library make sure you find Phil's preview and copy his top 14, but be sure to switch his #10 with his #8 and his #12 with his #13.  You also promised to put in UCLA at #14 after Neuheisel had that witness "removed" for you.  - Herb]

WHO WILL WIN THE "STRANGLER'S CLUB" TROPHY?

Due to an ongoing legal dispute with The Heisman Trust regarding an unpaid bar tab at Buca di Beppo, Randy Steele's College Football Preview has created its own award to honor the player who gives the least fuck.  To be eligible, a player (or someone on the player's behalf) must send an entry fee of $5,000 (cash or money order)  to Randy Steele Charitable Enterprises.  Miami QB Brock Berlin is currently the only eligible contender.