WHOA CAN YOU BELIEVE THESE NIKE PRO COMBAT UNIFORMS? 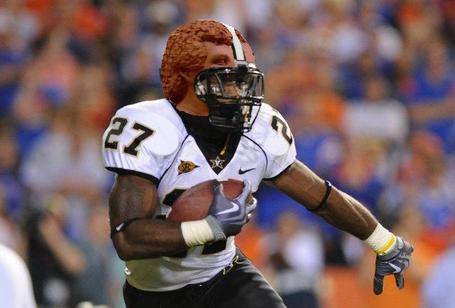 Hello? Is it AWESOME you're looking for? If so, these Vandy Lionel Richie tribute helmets are incredible. The advanced clay technology absorbs impact with DYNAMIC PLASTICITY. The curlicued gheri curl simulations create tiny vortices of ACCELERATED MICROHURRICANES which force the runner forward in a DRAMATIC AND SOMETIMES UNPREDICTABLE MANNER. The haunting pupil-less  Lionel Richie eyes remind defenders that not only will Vandy be there ALL NIGHT LONG they also would like to say HELLO TO THE ENDZONE. This helmet is not real. Yet. (Via Run Home Jack.) 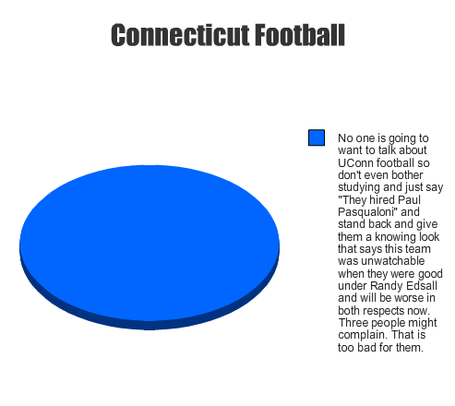 That's the entire UConn preview, and we're not even sorry about it.

HEY THIS ISN'T GOOD. Janzen Jackson is off the team at Tennessee, taking one more Lane Kiffin recruit off the boards and reducing Tennessee's defense to a festive display of spirited crepe paper dolls. (RIP Herman Lathers' knees.) This is shitty, horrible news in a shitty, horrible week of news for Tennessee so bad that Lane Kiffin getting two major violations reduced to minors qualifies as a victory for both Kiffin and the Vol football program. We sincerely hope that Jackson ends up somewhere else playing football because all reports are that his life outside of the game is extremely complex and troubled.

(Terry Bowden is ready when you are, Janzen, but you already knew that because he is already at your front door smiling and holding a UNA shirt. No, that's not an obese munchkin--okay, it is, but it is also Terry Bowden.)

IT IS A DARK DAY FOR DBS, CONT'D. Oregon State starting CB Brandon Hardin is out following shoulder surgery. No biggie in the run-first, conservative Pac-12, right bros? [weeps]

FULMER CUPPISH. We were waiting on a solid charging in the LSU assault case, but a Fulmer Cupdate will include this from Ole Miss, and certainly an accompanying exile to the Oval of the Semi-Untrustables for Randall Mackey.

THE REASONABLE SPEED OPTION. So efficient, so tidy, and so damn hard to defend. Bonus: it yields some of the best blow-up shots ever on quarterbacks pitching the ball too late for their own good, so don't say there's nothing in it for defenders.

DR VRABRO LISTENS TO HIS HEART, NOT YOUR COLD NUMBERS, SIR. Luke Fickell could look really, really good in year one, per Bill. But frankly with all the cardio and weight-shedding he's been doing pre-fight, he was gonna look pretty ripped anyway, bro.

RUN IT'S COWBOY TOMMY. What do you do, Cowboy Tommy? "I specialize in stopping bullets." "That's incredible, Cowboy Tommy!" "I never fire any, though. It's a gift, and a curse." If Tommy Tuberville were a cowboy, he'd finish every duel with six empty chambers, no wounds, and a stunned opponent marveling at how he managed to turn a gunfight into a grappling match.

NOTED PERSON WHO IS COMPLETELY FULL OF SHIT TO TALK SHIT TO ORGANIZATION THAT IS ALSO COMPLETELY FULL OF SHIT. If you were a bystander, you'd have to get out the hip waders for this meeting; if you were a mushroom and you turned the lights off, you would grow to the size of an industrial storage tank in the amount of bullshit present in this meeting.

ETC: Leaking your own album is some next level meta-shit. Broamar Gaddafi just needs some time and a spot on your couch, man. If you can get along with one spider in the world, it's probably cocaine spider.