Share All sharing options for: HURRICANES END CAREER ON HIGH NOTE WITH MAGNUM OPUS EDSBS RAVES GIVES 10.0 OUT OF 10.0 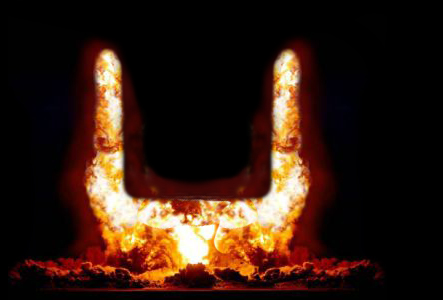 We really don't know if anything else can exceed this: as school whose AD was head of the NCAA's Committee on Infractions during the USC case has a booster, an extremely stupid and careless booster, a booster who also happens to be a con artist of the first degree and father of a nearly billion dollar Ponzi scheme, go rogue and turn over everything he's got on a program not just to anyone, but to the experienced assassins at Yahoo.

BUT WAIT. The detailed benefits are not just your average dollars-under-the-table, or some lameass "we let some players sleep at an apartment on the floor with a coach's help" allegations. No, you get the hell out of here, Boise. This room is reserved for programs that have a booster willing to do anything to become the adored pet midget of overgrown adolescents with a thirst for liquor, cash, clothes, and hookers. You heard that right, and you should say it just like the scene in Twister when cows cross the road mid-air and Helen Richt Hunt says "We've got cows." But you know, put the word "hookers" in there, and you'll start to get a sense of the sauciness of the scandal at hand.

Hookers. (Again: hookers!) Hookers presented in hotel rooms kept under the alias "Teddy Dupay" because of the booster's resemblance to the Florida gambler/basketball enthusiast. Cash. Clothes. Rims, in case you think this is missing anything else essentially Miami-ish. Funneling players to agents with cash and gifts. A mansion. Scratch that: two mansions, and a yacht, both turned over to players for parties. A stream of strip club visits so constant even the citizens of Dade County found them excessive, and always with Miami football people with him. An abortion paid for by the booster when one of the players got a stripper pregnant. Coaches either in cahoots with the activities, or at least operating with full knowledge of them.

...and all done with money stolen in a Ponzi scheme, and alleged from prison with extensive documentation.

Tears. Ovations. Applause. Stunned expressions on the faces of those watching in awe. This, THIS is a masterpiece. Take notes. Mark its contours, its shapes, its utter completeness. Perfection is a rarity; treat it with the respect it deserves, like a rare whale cruising beneath the tiny prow of your boat on the open seas. We have not seen its like since SMU. We will not see it again for a great many years.

EDSBS PITCHFORK RATING: 10.0. The defining work of an entire generation.