By Wednesday, we may have mp3s of Craig James singing. 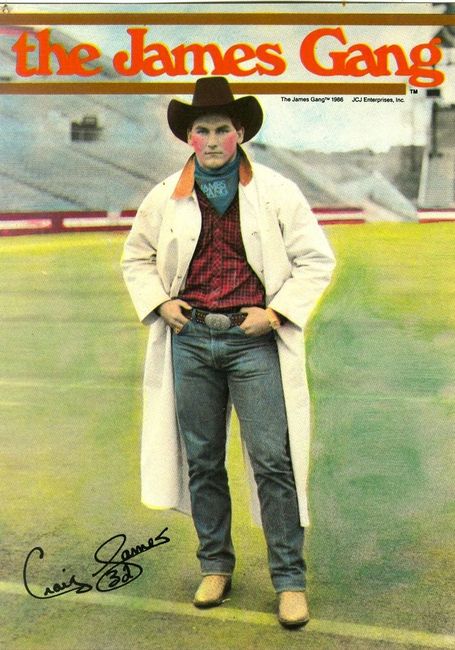 Sometime back in 1986, Craig James joined the vast number of athlete emulating the musical stylings of the Chicago Bears and recorded music. This had to be ear-scorching music so bad it undoubtedly angered James, who then had his producer fired in a vicious smear campaign regarding the producer's imprisonment of an assistant at gunpoint in a studio closet. Unless the producer on the record was Phil Spector, this story was probably just as nakedly fraudulent as the Adam James case nearly a quarter century later was.*

The Gurgling Cod dug through a mountain of old crates and records to find it, but there it was: the complete promo pack for "The James Gang," a collaboration between the Patriots' offensive line and Craig James so successful it immediately vanished into history's dustbin. We have no idea what sonic horrors await us, but we do have this photo of Craig James deep in the grip of what appears to be a severe attack of rosacea or Fifth Disease. Did you know another name for Fifth Disease is "Slapped Cheek Syndrome?" Oh, if only, world. If only.

The GC says he could have mp3s by Wednesday, so stay tuned.

*This is largely fictional, but so were certain other stories, no?