IGNORE EVERYTHING ELSE AND GO LOOK AT THIS. Thujone's offseason review is more eloquent and accurate than any of this "writing" you see everywhere on the internet. It's also more offensive, but that's to be expected when you're emptying the pain bucket and starting fresh for the fall. Cubic Chizik is...well, here, look: 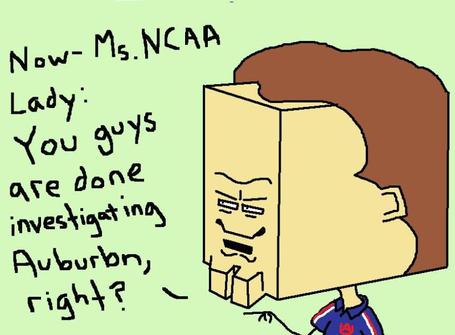 Wife: Mike, how are you feeling today?

Mike Sherman. I am sad. Thank you for inquiring, spouse.

So asking him about TAMU's slow-motion divorce from the Big 12 is just as productive as just holding the mike up to the playbook itself and asking what it thinks about the move.

"It's nice to have this type of attention put on our program, but you've still got to live up to those expectations," said Sherman, who is entering his fourth season at A&M with a 19-19 record. "We've got a lot of work to do, and nothing is going to be handed to us. We've got to work harder than everybody else."

Just worried about SMU week one one week at a time gotta work one play at a time harder expectations oh please just let me back in the film room and away from these microphones Red 82 Jumbo Drop Mesh Read Tango.

FOR THE DEFINITIVE VERDICT ON A&M MOVING ANYWHERE. Well, why not ask Dan Beebe, an impartial and uninterested observer of this whole fracas?

"I'll put it this way, I'm taking it very seriously. I've been talking to a number of people. Obviously, there are a significant number of Aggie supporters who are interested in going in that (SEC) direction.

"There's a huge risk if an institution leaves its geographic proximity and rivalries. In the long run, it can create a lot of problems."

"Wait, we hadn't thought of that! Call it off!"--Texas A&M on hearing this! Not at all!

Rick Perry, current governor of Texas and Texas A&M graduate, took yesterday's new starburst of rumor dust to take the opportunity to say nothing you hadn't already read on the internet, and to blatantly net-fish for votes by supporting the idea of TAMU seceding from the Big 12.  He then shot a coyote, because Rick Perry's only formal duty as governor of Texas is shooting coyotes all day long. (Criticize the man all you like, but do not knock his footwear, because classics are classics.)

BOISE STATE ROLLS DEEP. The important note for Georgia fans looking at Bill C's Boise preview is to note the depth on their defensive line, something that could get very, very pesky over the course of a long opener in the Dome, especially given Georgia's issues with offensive line depth. Something they won't have: their longtime AD Gene Bleymaier, who got Tressel'd* after Boise's miniscule NCAA case was resolved this offseason.

*This is a verb now.

WE DENY THIS DENIABLE REPORT. Ohio State says ESPN's report of a second investigation of Ohio State football is false, so we're sure there's nothing to see here, and that Gene Smith would never knowingly dismiss such serious accusations as long as he has a coach to throw to the wolves standing between him and trouble.