Share All sharing options for: JUST YOUR AVERAGE SUMMER FRIDAY OF COMPLETE CHAOS

This is not the way a Friday in July should be, but here we are. Bullets! More bullets! 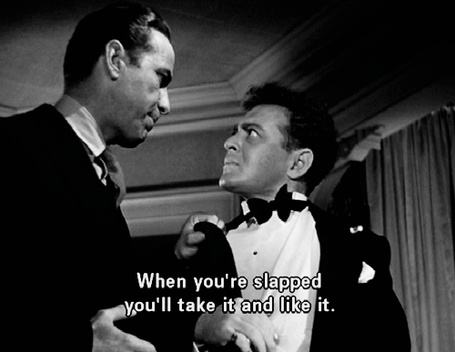 OHIO STATE ASKS IF IT CAN JUST IMPRISON ITSELF. The Arkansas wide receiving corps now officially never suffered the temporary paralysis of everything from the wrist out to the fingers. Or, depending on your interpretation of things, they still played the game, but dropped those balls without the benefit of anyone threatening them, which would be so much worse since it meant they spit up perfect passes for, like, no reason whatsoever. OR MAYBE THE GAME NEVER HAPPENED. [whooshing noise]

Either way, Ohio State pre-empted the NCAA by vacating the entire 2010 season including the Sugar Bowl victory over Arkansas, thus restoring the SEC's invented and oft-cited record of honor against its teams in bowl games against Ohio State to 0-9 in the modern era. The entire strategy hinges on the NCAA believing the negligence in the case rests almost entirely with Jim Tressel, who after voluntarily jumping beneath the metaphorical bus is now being run over again by Gene Smith.

SOME WAKE UP HOLGO AND TELL HIM THIS. Meanwhile, in the long-brewing case of West Virginia's failure to monitor the work of staffers under Rich Rodriguez and Bill Stewart, surprises to Dana Holgorsen! You now have three fewer scholarships and two years of probation. Bill Stewart's defense: "Aw, peachpits. I thought they were gardeners."

OH AND ONE MORE THING. The positive way of looking at it is to say that Isaiah Crowell is now unopposed in the UGA backfield, and the negative is to say that Caleb King is academically ineligible and leaves UGA with next to nothing of an established degree of talent in its running back corps.