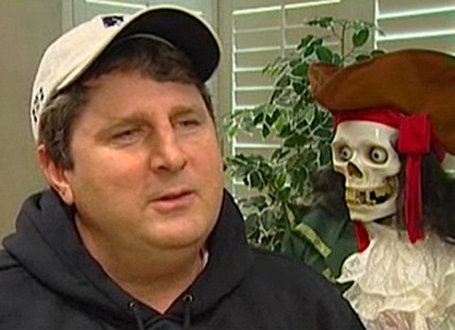 For obvious reasons today that need no explanation. #TEAMLEACH #BRUCEFREED

Orson: If you don't think you pick things by title and packaging, you are a damned damnable liar or blind. I buy books because they have awesome covers, and so do you, and so does everyone on the planet. For instance: I tell you about a 12 percent beer with a rich, dark Belgian taste profile, and you're already listening...but if you give it a bizarre name in large letters? 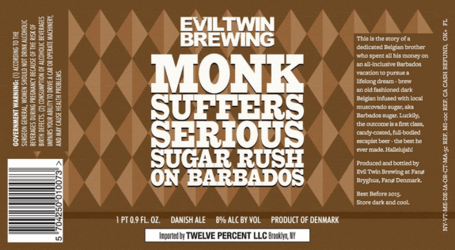 Oh, you're buying at least a six pack of it and drinking it even if you open the bottle and discover a putrescent mix of fart gas and lukewarm Old Milwaukee. (You would probably even drink it without the cool label, but you are probably susceptible the alcohols and womens like everyone else on the planet. Welcome to le club.)

Doug: Every time we throw up one of these here Digivikes posts, I am absolutely floored by the commentariat's collective knowledge of all things boozy. You guys have hipped to me to a stunning array of both delicious beers and diabolical spirits, and I'd give you one of each if I could. But since I have to narrow it down to just one, how 'bout . . . ALE AGED IN USED BOURRRBON BARRRRRRELLLLLLLS?!?! 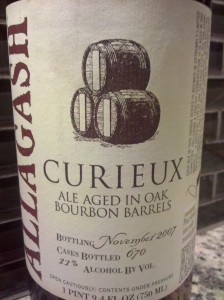 It's such an awesome idea I can't imagine why, in the lengthy annals of the fermented arts, nobody thought to do that, but I'm real glad the Allagash Brewery did. So if you haven't yet had the pleasure, I give this wonderful concoction to you, for football season and beyond. Drink up, bitches. 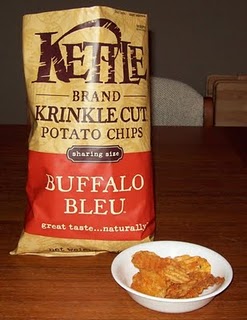 Thank you, Kettle Brand, for putting two of my most treasured culinary guilty pleasures in a single food item, thereby allowing me to kill myself half as fast.

Orson: The eclairs from Alon's Bakery. You assume a real man can't eat eclairs. You assume wrong. Rick Ross eats them, and he's like, Big Meech and Larry Hoover. Then again, Rick Ross eating something really isn't an indication of quality, since he once ate his horse and he really, really loved that horse. 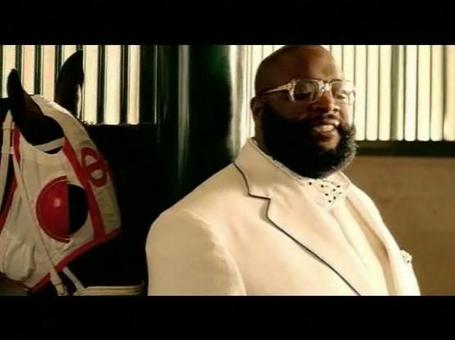 "You're full so magnificent, but I am famished and must renew my energies, because every day I continue to hustle."

Orson: The M-203 Grenade Launcher in the hands of the gentlemen from Sons of Guns.

This show should terrify you because it's nothing but Louisianans making powerful custom weaponry and attaching it to gigantor swamp trucks, but we'll be damned if it's too arousing to be frightening.

Doug: You like pictures of nuclear explosions, yes? Don't lie, you know you do. Hell, so do I. So I give you The Nuclear Weapon Archive, your one-stop shopping place for everything nukey, from detailed histories of individual nations' nuclear programs to BIG SCARY SPLOSION PICTURES: 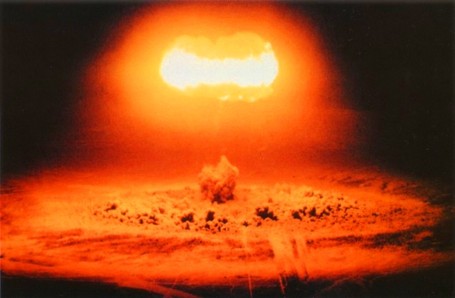 It's a great resource even if you have no interest in weapons programs or nuclear physics, because once you've bookmarked this site, you'll never struggle with the question "Now how can I find the perfect image to express my searing, white-hot rage over fumbling in the red zone in the final minutes of the game and losing by two points to Colorado?" ever again.

Doug: I'm a bit of a tailgating aficionado, as I'm sure are most of you. Yet even as I inhale a tray of Chick-fil-A nuggets at the glorious, sprawling Tent City compound where I spend a good number of my fall Saturdays, I can't help but note how far removed the practice of tailgating has become from actual, you know, tailgates. Commentariat, I bestow upon you Mini's (or rather BMW's) attempt to direct tailgating back to its roots: the Mini Concept Tokyo. Basically, it involves taking a standard-issue Mini Clubman and:

* installing a secret compartment in the cargo bay to house a four-person tea set, with all pieces designed to match the car's decor, of course;
* adding flip-out panels over the rear side windows that hold your tea bags and your hot-water flask;
* slapping a big fried-egg-looking lump on the roof that contains a circular wooden table and two folding chairs; and
* tacking on as much gold detailing as you can find -- especially on the grille and the garish 17-inch rims -- because if there's one thing I know about '70s pimps, it's that they love knocking back some fucking Earl Grey and scones. 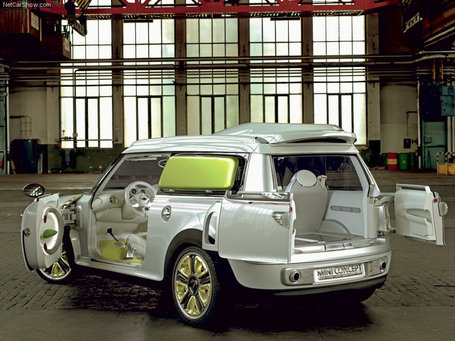 Honestly I still haven't decided whether I'd actually be caught dead in this thing. Presumably it was intended for the tea-and-polo set, though I can't help wondering whether it would really fit in with that crowd; give it the right color scheme, though, and it'd look right at home amongst the madness of an SEC football Saturday. Or maybe tailgating women's roller derby? I don't know. I'm not going to tell you how to live your life. 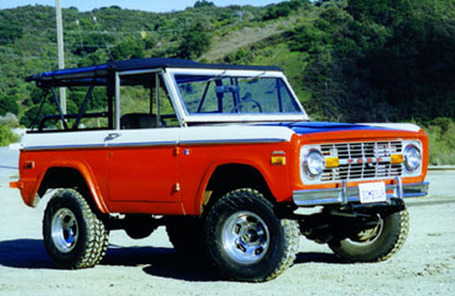 Any car that looks ilke something you used to smuggle weed into San Diego in 1972 in false bottomed compartments is a car we will clutch to the breast and call baby. Bonus: doors that when closed on a limb sever it completely. This car is the opposite of the word "child-proof," and that is why children love it and mothers want to set it on fire. Glorious.

Orson: Why, how about "Swing Your Sword" by Mike Leach? Just a random suggestion.

Doug: Let's play a little word association. I say "Terence Stamp," you say "General Zod," yes? OK, but what if I told you that nearly two decades on, Stamp played a character who was human but just as cold-bloodedly bad-assed, if not more so? Here he is as Wilson, just sprung from Southwark Prison and out to avenge the death of his daughter at the hands of an L.A. record-industry sleazebag:

"The Limey," directed by Steven Soderbergh in '99 just as his Hollywood popularity was redlining, is more subtle than your typical revenge flick (and considerably less bloody, at least up until the last 15 minutes or so), but with a cast and a script like this you don't need sprawling action setpieces or tankerloads of CGI. You owe it to yourself to just sit back and watch Stamp -- at his bare-knuckled, Cockney-rhyming-slanging Stampiest -- go to work.