HOLY S#@T YOU GUYS. THE TOM BISSELL DIET IS *PERFECT* FOR RELEASE DAYS Eightball hasn't slept in going on 52 hours, and odds are some of you haven't either. NCAA Football '12 is in the wild and you too can finally enjoy iterated changes while trolling people online by playing as Terrelle Pryor on Ohio State and Russell Wilson on NC State. Our review? 4 words: custom conferences and playbooks. It doesn't even matter how little the rest is changed (though tackling animation and physics appears upon first experience much improved). Further, the addition of coordinators and head coaches guarantees Ron Prince the second wind reality reality has yet to afford him. #RONP4SJSUOC. Did we mention the game's painstaking attention to detail? Longtime EDSBS stalwart Ragin Cajun Rebel sure did: 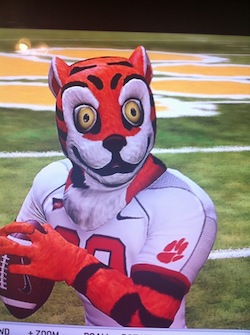 ATTN CRIMINALS: PLZ DO NOT TACKLE HIM LOW. SINCERELY, MGMT Former Oregon signal caller and injury All-American Nate Costa has put his football days behind him and instead pursued the noble profession of law enforcement. Kudos to Costa for enduring the physical hardships of life as a Division I athlete but further for dedicating himself to a career so few of us would undertake. Kudos as well to the Molly Blancett of local KVAL News for unearthing the Canzano'iest of gem quotes:

Costa added he's also aware that his work could involve some of his former teammates.

GTFO Either Dad was universally loathed and detested by everyone thought near and dear to him, or he's in some sort of Buddhist bardos rediscovering his love of Ohio State football all over again meeting Paul Brown and Woody Hayes and jarring memories for the three of them as to what once was. Your move SEC: 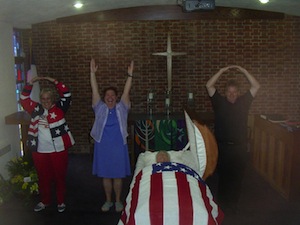 BRYCE SHERMAN: TTYL. LMAO. SMH. Sakerlina wide receiver Bryce Sherman took to the twitter-waves to make his departure from the Gamecocks official on Tuesday.  This may have marked the first recorded case of a player live tweeting his ouster by way of scholarship not being renewed, though we'd like to remind coaches everywhere: EDSBS will do your social media dirty work. We will better your players' departure emoticons, while at the same time improving others' table manners.

MCADOO COURT CASE COPIED TO ANOTHER DAY Embattled North Carolina defensive end Michael McAdoo's day in court will have to come on another day, today in fact. When he showed up originally to plead his case, his legal team found that the judge had put a note on the door reading "I have already had several individuals from both sides of the bench email me today and ask to reschedule today's hearing because they are too sick to attend. Due to the high number of legal types that are feigning illness to play NCAA Football 12, we will delay the hearing yet again."

"AND BILL HENRICKSON'S DEATH WAS AN INCOMPETENT, COP OUT LITERARY DEVICE" At a press conference outlining BYUtv's (and their sweet, sweet Idaho State-BYU game they'll be airing) newly enhanced sports coverage, BYU head coach Bronco Mendenhall broached the subject of compensating college athletes with "A scholarship is enough. I'm not for paying them." He then added "I ALREADY WORK AROUND THE CLOCK" 200 times and danced off like trolldad.