LET'S SET THE MOOD IN HERE WITH SOME SMOOTH BEACH SEX MUSIC. There's so much to get through this morning, so why don't you just turn the bass up on the speakers and let Schnelly sing you into a meditative state where you'll be capable of starting the day right, okay?

"Without a doubt, it is probably the worst song I have ever heard. It verges on being unpleasant, and obviously it's nothing that I've ever sanctioned." Thank you, Card Chronicle, for both reminding us that Howard believed he could sing much better than the parody, and that the Cocktail soundtrack was one huge sonic pile of cold yak shit.

Meanwhile in Louisville, Mike Sanford says Will Stein is bigger and stronger this year, and that means we are one step closer to the cheerful reign of college football's sunniest quarterback. CAN'T WAIT. #sunnybartscott'd

AND NOW FOR HUNDREDS OF WORDS ABOUT HOW TERRELLE PRYOR IS A DICK, COMPLETE WITH PRE-EMPTIVE WORDS ABOUT RULES AND DISMISSED ARGUMENTS. It's granted here that athletes should be able to make money off their own likenesses, that the NCAA's rules on amateurism are increasingly arcane and easily outflanked by clever agents and boosters, and that the entire thing is three flimsy sandbags mounted against a river of healthy and not evil profit motive. (Okay, slightly evil, but like all slightly evil things, it is oh so sexy.)  We say that so you won't have to. We're awesome like that. 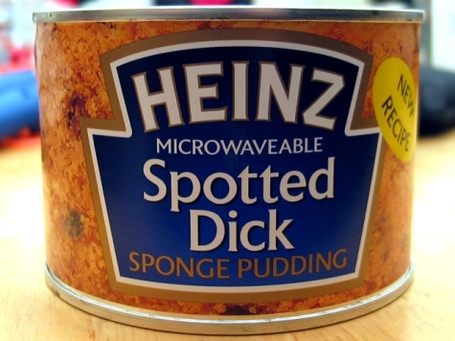 What are the origins of dickishness? Does it live in the brain, or the arm, or more logically, in the dick? Is it a product of coddling and enabling, as many Ohio State fans believe? We're a bit too deterministic for that. Terrelle Pryor is likely genetically a dick, born from dicks and traced back for generations of dickishness, so his complete disregard for the school and the team in allegedly selling memorabilia for cash, and thus further invalidating Ohio State's 2010 season,  is just his destiny. You couldn't stop his voyage to Dicklandia: you could only postpone or divert it, or simply cut him off from the media altogether after saying that "everybody kills people" and continuing to be "defiant and immature."

Pryor's ongoing Dickiad now heads to the NFL, or CFL, or wherever he ends up. His best game was versus Oregon in the 2010 Rose Bowl, where he passed for 266 yards, ran for 72, and was as brilliant as he could be in Jim Tressel's offense. He was a bad fit in every sense of the word at Ohio State, a nitrous system thrown onto the engine of Tressel's F-150 of a football program, an ill-advised set of bolt-ons your mother had installed in Guatemala that got infected and now have her in the hospital, the sports car your newly retired grandfather wrapped around a telephone pole.

He's not dead, your grandpa, but he will be walking with a cane for a while, and should be careful how he steps for a while. We now await the inevitable Terry Bowden situation where Ohio State runs the table in a season that won't count, or better still one where they win every game except Illinois, because that is what [NAME REDACTED] was born to do: spoil nice things.

ANY DAY NOW. When we clipped this article, we received this delightful notice from our blogging platform:

Yes, it has been nine months, but UNC finally received its formal letter of inquiry from the NCAA that you know, they might be looking into things in Chapel Hill. It's not good that the NCAA has taken their time, since the last time they did this with such a glacial, methodical pace, USC ended up tattooed by college football's one-eyed random enforcement troll and its big, slow, heavy clubbin' stick.

OMG IT'S GOING TO KILL TEXAS. Or not, since all Colt McCoy's wife just said that Texas enforcement was actually quite strict, that boosters were uncontrollable (duh,) and that people like money, including offers of cars that get turned down. But hey, excuse to post pictures of Colt McCoy's hot wife! She's third from the right! 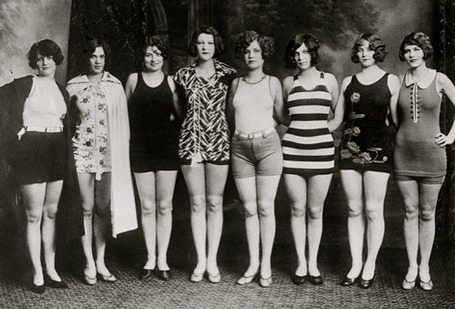 OH THE KNEE DIMPLES STOP IT YOU TEMPTRESSES YOWZA.

WE APPROVE OF THIS IDEA. Especially if it ends up with Fulmer retrenching, hiring ol' boys like David Cutcliffe, and becoming the same competitive but not too threatening program they were for much of the 2000s. (Like any good rival, We want Tennessee to be lower-case good, but not all-caps GOOD.) He'll also allow us to dust off really timely decade-old donut jokes! Which may sound tired, but seriously, this.

Godfrey says Mike Hamilton wasn't all bad, and that's fair, but there are indeed witches to burn, sir.

CHANGING SCREEN NAME TO HUGGuLONGTIME. We're sure this is exactly how Holgorsen and Stewart at a Blackjack table would go.

PHOTO NO REALLY LOOK AT THAT PHOTO. Mizzou's football players are pitching in for tornado relief in Joplin, Missouri, but seriously goddamn oh my god look at that lead photo.

STILL MORE BILL C. PREVIEWIN'. The lede reminds you just what a durable yet forsaken thing the Kentucky football fan is:

Kentucky has won more than eight games in a season just three times in their history...

COMPLETELY UNRELATED OKAY SORT OF RELATED ITEMS OF INTEREST. Help needed for a NOLA chef who will surely repay your kindnesses with butter and shellfish. If a school makes you your own app, can you get shares and thus invest in your own bubble? Just a reminder: Norm Chow is back in Utah.  Grantland debuts today, and we hope Luke's right about Wright Thompson's first piece.  In celebration of the USMNT's triumphant 2-0 beatdown of 11-time World Cup winners Canada last night, WE LIKE THAT BUN-BUN-BURY. (Clint Dempsey remains so hood.) From the producers of Rubber ccomes their next oddball epic, Inflatable.  And just because we want to, our favorite expression of excitement and approval after the jump.