Share All sharing options for: VACATION 2004: TAKE ALL OF THIS, PLEASE

We don't remember 2004 for a lot of reasons: unemployment, alcohol, unemployment, alcohol, unemployment, Adult Swim. We remember running a lot. When you see people running around your neighborhood a lot, you can safely make one of two assumptions about them. One is that they are broke, and have nothing else to do, and the other is that they hate the people inside the house they live in, people who do not let them listen to their music out loud and who bother them with their emotions and the words coming out of their mouths. In 2004 we ran a lot. Runners hate everyone. Never forget this.

The NCAA had already revoked USC's 2004 season, and the BCS finished the job by officially vacating the 2004 title. This isn't bad, USC. We are here to tell you that you are in that most ideal of positions: able to savor the experiences of the year without having to actually sully yourself with all the other terrible things that happened in 2004.

2004 Was The Year Of Usher. The most convincing of all arguments that 2004 was a year of pure atrocity, and that's including the collapse of a water park's roof in Moscow, an incident that killed 25 people. We stand by this: Usher is, all by himself, worse than being crushed to death on a waterslide. Usher had four hit songs in 2004 and made money to feed his stupid, smug face despite being a brain-damaged Phil Collins with a goat's bleaty voice and the dance moves of a stripper with Huntington's.

Those songs included the classic "Confessions, Pt. II," the only song we can recall where a male protagonist actually demands credit for being forthright enough to tell you he has not only had unprotected sex with another woman, but has impregnated her.

This by far is the hardest thing I think I've ever had to do
To tell you, the woman I love
That I'm having a baby by a woman that I barely even know
I hope you can accept the fact that I'm man enough to tell you this

YEAH GIVE ME CREDIT FOR TELLING YOU ABOUT THIS AWESOME THING I DID!

We watched later as Usher did two songs at the 2010 Soul Train Awards, got winded halfway through, stopped singing except to slaughter high notes, and then exited before watching 900 year old Ronald Isley flawlessly rip through a 38 song medley without breaking anything more than the customary old man sweat. Usher then went on to steal a song from Homer Simpson, and attempted to make Michael Jackson's funeral all about him.  He is both stupid and evil, and has more money than you will ever have. To hell with 2004.

2004 Was The Final Year Of The [NAME REDACTED] Era. This is a much belabored point, but take the whole year. We want nothing to do with it: the ineptly managed 24-21 loss to LSU, the loss to Georgia in Jacksonville, the floppy bowl coast job against Miami in the Chick-Fil-A Bowl. The only victory worth keeping was the stunner against Florida State, and even that is somewhat tainted by it making [NAME REDACTED] look good in the process.

Just take the whole shitheap, memories and all. You don't want some memories, not even the perversely sweet road loss to Mississippi State you knew would kneecap [NAME REDACTED]'s reign in Gainesville once and for all. We'd also like to keep the memories of our shovelfaced waterskiing pec-a-saurus of a coach fighting the guys at the Pike house, too. If only they'd been allowed to fight and harm each other grievously! Life, why do you deny us the sweetest things while giving us another loss to Casey Clausen?

2004 Was The Debut Of Lost. It was Land of the Lost for adults with a Myst map, and that's your business if you like it, but if just go play Myst and stop clogging my Twitter feed with NO SPOILERS OMG ARE THEY ALL DEAD THIS IS SOME M. NIGHT SHYMYMLAHDNANANANAN SHIT. #CDRomGamer4LYFE

We pasted this over to Holly for preview. This is the conversation that resulted.

Spencer Hall: Actually, I watched the entire ending without knowing anything about the show. The final scene was moving, because AW DOGGIE

Spencer Hall: It's as smart as spending six years watching tv to get to it!

Holly Anderson: you watch TCAP. I am bulletproof. you LIVE AND DIE with TCAP

Spencer Hall: I roll so hard with TCAP

Holly Anderson: with a minstrel show for pedophiles and the people who get boners catching them

Spencer Hall: This entire convo was worth it for that sentence

Holly Anderson: you go right on ahead

Fun fact! We've never watched any episode of Lost besides the finale. U MAD, WORLD?

2004 Was The Year Peter Ustinov Died.  Murder on the Orient Express Evil Under The Sun was enough to make us mourn his loss, but the man also voiced Prince John, one of our favorite childhood villains and the closest animated analogue we can find to Dan Beebe. 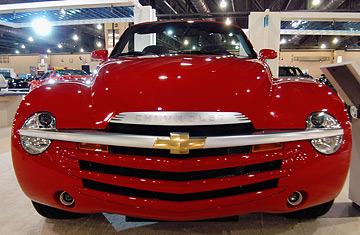 "Hey, we've never made a car that looks like a flying bundle of buttplugs, have we Smith?"

"Sir, I'd like to put a chrome mustache across the front of this flying bundle of buttplugs."

"Of course? A flying bundle of buttplugs would look incomplete both without a chromestache AND a pair of tiny, soulless headlights. Why, we'll make this thing look like a Chinese bus rapist by the time we're done!"

"I was thinking of giving it the engine from a mid-sized sedan, and the handling of a sandbar-crippled shitbarge."

"Brilliant, Smith. Get right on that. We're GM! People don't just expect flying bundles of buttplugs from us. They expect them with lots of unnecessary plastic and chrome and horrendous engineering, too!"

THIS HAPPENED IN 2004: Shrek 2, The Passion of the Christ, and Meet The Fockers all grossed more than The Incredibles. 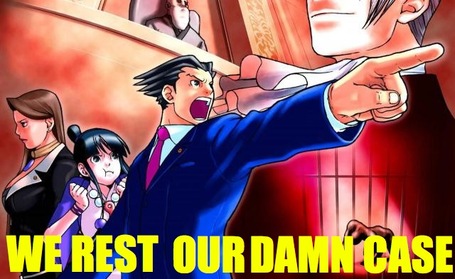