IT'S OKAY. WE'VE GOT WALK-ONS

Share All sharing options for: IT'S OKAY. WE'VE GOT WALK-ONS

Florida only has 72 scholarship football players this season, and there are many ways to look at this. You could say "OMG UR DOOMED," or more charitably write something on the sunny side like "Youth reigns!" This is akin to advertising an upcoming famine by saying "Goodbye fat pants, hello skinny jeans!" which is exactly how we would have advertised the Cultural Revolution. Communism failed for a lot of reasons, but bad marketing was certainly the most important.

The obvious fill-in for a lot of these roster spots: the humble walk-on, that mythical creature much beloved by columnists and tolerated by coaches who, strapped for any other solutions to a roster hole, are forced to use in place of an actual athlete. Like many teams in the same situation, Florida may be forced to depend on them for better or worse. As our gimlet-eyed survey of the taxonomy of walk-ons shows, the results are usually for the latter and not the former. 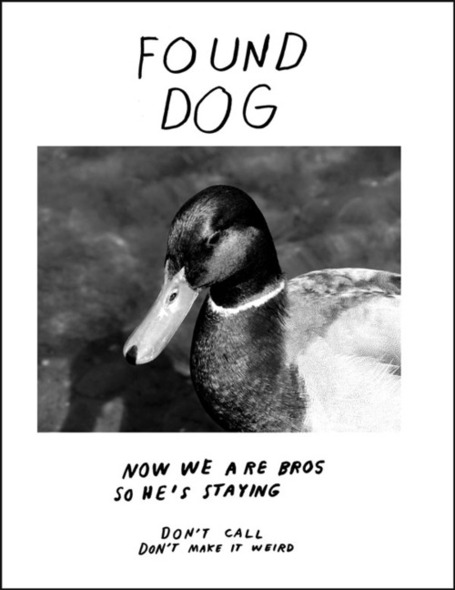 This picture has nothing to do with this post, and neither do the others since the walk-ons are so transparent that pictures may be grounds for libel, and we have lawyers but don't like to use them for anything but drinking with, so this is what you get.

Donnie "Damage" Dunegan. Can hang-clean 425 pounds. A powerful specimen who currently works as a bouncer to supplement his student loans. Weight room phenom who has been banned from every single chain gym in the city, and now forced to workout with the scary powerlifters at the glorified trailer gym "The HouseHouse" on the outskirts of the city. Former two star fullback.

Downside: Tests positive for steroids. Which ones? Yes. Has tiny, potentially learning-disabled girlfriend whose "emotional shit, man" has resulted in him punching out three car windows in the past month. Cannot move laterally or raise his leg above a 45 degree angle. 40 time: [WEDNESDAY AFTERNOON]

Darius 'Skrilla' Robinson. Runs a genuine 4.4 40 yard dash and was once a highly recruited Florida prospect cornerback/wide receiver/athlete. If not for intra-conference transfer rules being a bit more lenient, he'd be starting for a rival. Good height, jumping ability. Brings a real swagger to the team.

Upside: Blazing speed. Will probably get drafted in the first round of the NFL draft by the Raiders, and thus pad your stats in the "Players Drafted" category.

Downside: Could not catch chlamydia if you shrank him down using undiscovered science and inserted him into Gerard Butler's urethra. Has the hands of the Arkansas wide receiving corps in the 2011 Sugar Bowl. Thanks the dear Lord every day for attaching testicles to his body because otherwise he would have dropped them and lost them forever years ago.

Also: will test every program/university limit for failed drug tests. Urinating in an alley next to him will get your other players stoned. If he pees on an iPod it begins to play "I Got Five On It' EVEN IF YOU HAVE NEVER PURCHASED OR DOWNLOADED THIS CLASSIC SONG ABOUT MARIJUANA.

Herman "Pearly" Cates.  Initially a five-star prospect out of high school, Cates suffered one academic disaster after the other until he found himself flunking out of Blinn Community College and playing in the fourth-tier Domestic Football League as a defensive tackle/mascot.

Upside: In form, potentially the most formidable defensive tackle to ever suit up for your school. Huge, agile, quick, and with a knack for giving potential blockers painful and instantaneous hernias. Requires no encouragement in the "bulking up" department. Is a formidable nose tackle in a 3-4 even when he passes out from heat exhaustion mid-play and simply lies there like a corpse. Your abusive d-line coach who loves to "bark at players to death" will feel right at home with him.

Downside: Has "left" and "right" written on his left and right hands. Could play at end, but that would mean having to worry about "sides" and "directions." Requires special helmet on and off field. Bulking up has resulted in his entire body being one enormous stress fracture. May not be just "like a corpse" if put on the field for several plays in a row. Cardiologists report: "NO."

Bret "Gunz" Gunnersen. The fourth child of the Gunnersen quarterbacking family, Bret "Gunz" Gunnersen is attempting to walk on after transferring from three different schools in his final, NCAA-granted year of eligibility. Has decent size, a moderately live arm, and confidence to burn. "I just want a fair chance to play, that's all."

Downside: Not lacking in the "interested parental support" character, meaning his father will be writing a lot of emails and texts loaded with ALL-CAPS destined for your inbox. Later, when you do not start his son, he will being posting wild drunken rants on Rivals message boards about you. Despite posting just 1,400 yards passing in an Air Raid-style attack as a full-time starter at Carolina Maritime Tech in the Atlantic Heritage Intercontinental Conference the past year with a 43% completion percentage,  "Gunz" will begin suggesting plays and calls to your offensive coordinator before he ever takes a snap. Whispers "power" every time he hands off to your running backs. Drives a red Ford Probe with a vanity plate reading "GunzUpp;" if you ask him about it, and you won't, he'll say he wanted "Hoes Down" on there, too. He will think this is hilarious. Is a secret Forcier brother.

Steve. This is your bullshit roommate who sees the articles about the roster issues and says, "Shit, man, I was pretty good in high school, I'll go out there. I run a 4.7. I bet I could get it down to like a 4.3 in no time." And then you point out that he's full of shit, and that you should go run a 40 in the parking lot just to see how slow he really is, and he answers that he "pulled his hamstring at work or something the other day, but he could totally do it, he'd just have to go to the gym a little bit and get his bench press on and some shrugs." Then you point out that he works at Best Buy and wears a back brace for like no reason all the time, and how the hell could that happen? Steve's so full of shit.

Upside: He's down for COD anytime.

Downside: He's totally farted up one side of the couch into an unlivable cloud of ghosted methane memories. Like, each time you sit on it it reboots the ghostly fartcloud, and it's all this fresh horror all over again. Steve's got something wrong with his ass or something. Also, he's never going out for the football team, because he's like 5'8" and weighs 212 pounds. It's not a solid 212, you know? 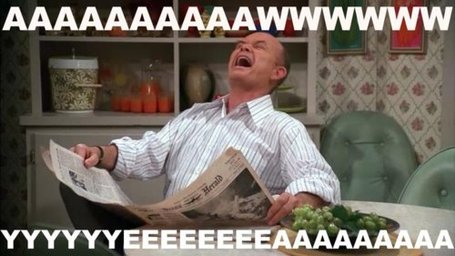 42-Year-Old Harold Brakeman. 42-Year-Old Harold Brakeman is an inspirational tale, a father of three who never attended college who, after surviving the childhood of all three of his offspring and the harrowing experience of raising a family on a UPS driver's salary, decided to go back to school. Still in decent shape, Brakeman played so well during a flag football game he thought, "Hey, why not go out for the team while I've got some eligibility!" It's a great story!

Upside: An inspirational figure for everyone who believes that it's never too late to follow your dreams.

Downside: Will hear the sound of both ACL's screaming "FUCK IT DOG" and shearing off his knees two minutes into wind sprints.  Columnists will be forced to write the tale of the most inspirational ruptured body tissues ever.

Todd Steckerman. The ex-baseball pitcher who, after registering a 1-12 record and a 6.82 ERA in the Puerto Rican winter leagues in 2010, has decided to reboot his athletic aspirations by walking on to your football team.

Upside: As a 29 year old, has a sense of perspective lacking among younger QBs. Doesn't try to do too much. Unflappable under pressure. Is popular among teammates for his laid-back demeanor, resulting in his nickname "The Dude," a moniker taken from the movie The Big Lebowski.

Downside: As a 29 year old, is focused solely on milking the last bit of pulp from the dessicated fruit of his wilting athletic prowess in the form of gullible young women and 3 for 1 Miller Lites at the [INSERT HORRIBLE NEAR-CAMPUS BAR HERE.] Doesn't know playbook, and won't learn it since all you're going to do is ask him to handoff anyway, so who's so smart now, Coach Geniusballs? Is unflappable under pressure because he is numb to the world, which is exactly why he asked the cop at the DUI checkpoint the other night if he'd broken the Mendoza line when blowing a .184 on the breathalyzer. Is also nicknamed "The Dude" because he's high, doesn't wear underwear, and runs out of the pocket about as well as Jeff Bridges. Is addicted to prescription pills.