As he does from time to time, coaching legend Howard Schnellenberger files his top 25 to us at EDSBS. This is his summertime edition, filed from the lanai of his posh Boca Raton residence while he sips a Bark and Stormy. (Ingredients: pile of random tree bark in tumbler glass covered with dark rum, topped with lime as garnish.) Enjoy. 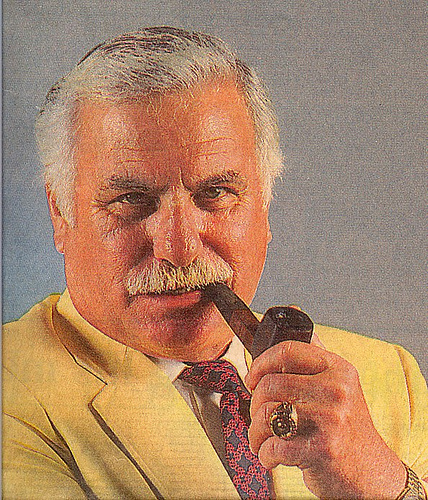 1. Suspenders. Consistency, excellence, and the only thing I wear while mowing the yard on hot summer days. A gentleman removes them last in moments of intimacy, but never unbuttons his heart.

2. SMU. I suspect they may be using underhanded tactics, but the results are undeniable.

3. Alaska. If I can be the first man to plan a flag there, Russia's threat to claim the French occupied territory north of our border will be thwarted. Not that I care about them; I've developed a natural immunity to Goldbond is all.

4. The Victrola. Grand for a sultry afternoon picnic, or a smoldering evening when wifey's at her bridge coven.

5. Halter tops. On lawn jockeys. It's important to prepare your home for summer, inside and out

6. Waterspouts. I like to see the ocean get ornery. Reminds me of Ava Gardner: beautiful, stormy, and capable of flipping a catamaran over when she got hot.

7. Roy Orbison. That lady's face could kill a basilisk, but her voice is the silky pajamas that sing my cares to sleep.

9. Oldsmobiles. Don't know why they stopped selling them. It's not like they ever called themselves Youngsmobiles.

10. Muskmelon. Needs only a stroke to become compliant in your hand, unlike that prude Pepino.

11. Bossa Nova. Reminds me of my days in Brazil working summers in the Rio de Flaneiro. She was a dessert barge, and oh what a grand one she was. Went down after a Bananas Foster inferno broke out on the foredeck.

12. Crabgrass. Exfoliates the feet, tickles the palate, and wards off the piles in sufficiently large doses.

13. Dog Racing. Would be more sporting if they raced with jockeys chosen from the ranks of smaller animals on their back. Parrots would be a poor choice; they're easily bribed, and prone to drink. 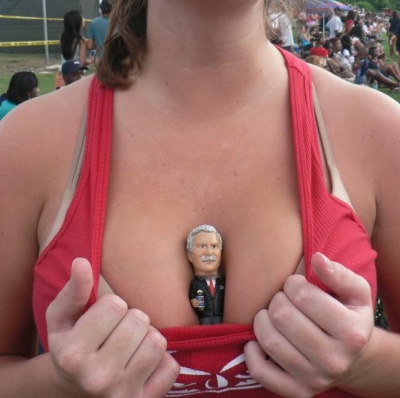 16. Sun Drop. I've run my lawnmower on it for thirty years with nary a hiccup.

17. Pocket watches. They don't have to work. They're there to impress the TGI Friday's serving girls, to swat young bucks out of your viewing angle at the Pamplona runs, and to dip into your son-in-law's bourbon when his back is turned.

18. Lisbon. I don't speak Lisbonese, but they go to sleep at 6 PM and rise at 2 AM Eastern. I like their style.

19. Biplanes. They have as much cause as any of us to get married. I know that's not popular, but it's the way I feel.

22. Whale skin bound Bibles. Blank of course. What goes in there is between me, the man upstairs, and the life lessons revealed to me in a weekend in the Poconos in 1964.

23. Fancy Feast. Pate is pate, young people on a budget.

24. Ma Bell. Hike up the skirt, sweetheart. It's the summertime, you're wealthy, and single. Act like it.

25. Indira Gandhi. For me, it was always a state of emergency when she came on the television. 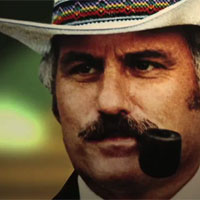 Howard Schnellenberger is the head coach of the Florida Atlantic University Owls, former head coach at Louisville, Oklahoma, and the University of Miami. He may be reached by harrier pigeon. It's like a normal pigeon, but takes off straight up and chirps with a British accent.