Hahahaha, do you want your day to get worse? No? Too bad John Swafford makes $1.1 million dollars a year to run a conference whose divisions you can't remember. You're not alone. Here is our first attempt at remembering the ACC's extremely convoluted standings.

Coastal Division: is actually the Conference-USA East with Florida State and, like for no reason, a jai-alai team from Miami.

Visual aids don't help much either. For instance, here's the geographic divisions between the ACC Atlantic division and the Coastal division.

It's easy. You just start out at Bermuda and run parallel to the St. John's River along the Bowden Parallel to Florida State, and then up I-85 toward Clemson, and then take the Groh Dogleg up to Wake, but be sure not to bump into UNC or you'll get NCAA investigation all over you. NC State is like right there, though, so you pick them back up and then head for the coast to board a freighter loaded with illicit Indian Indian pharmaceuticals, and then pick up Maryland, put on a fitted cap (because you are so in fitted cap territory at that point,) and then up to Boston where you trade the entire BC football program for $17,929 worth of something called "Maharashtran Xanax." Whatever, it's yours now and we've got Frank Spaziani and shit, we know you'd get the better of this deal somehow. We just knew it.

Since the map has failed up miserably, we will need a proper mnemonic to accomplish our offseason goal of remembering the ACC's aligments and members.

Necromancer! Come Fuck My Wife, Buddy! The incongruity of referring to a wannabe Aleister Crowley as "buddy" is the fun part!

Making waffles? Never forget butter, Chef. We mean, really, waffles are made for butter, and syrup, and for chicken.

For the Coastal you have some attractive options, as well.

Very Girthy Man Demands New Venison. Wrong division and a year late, but this could refer to Ralph Friedgen. 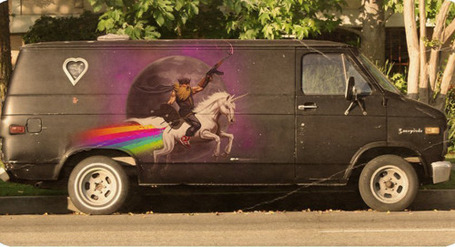