He named his political party "the Best Party," because what political party could be better than the "Best Party?" He promised a room full of schoolchildren that Reykjavik, the capital of a nation with 300,000 people total, would have its own Disneyland complete with a tiny actual mouse-sized Mickey Mouse. He wears a gorilla mask around the office, is big on free towels for public swimming pools as a policy initiative, and sang Tina Turner's "Simply the Best" in his campaign commercials while cuddling with a stuffed polar bear.

Jon Gnarr is his name. He is the current mayor of Reykjavik, and he is completely and utterly batshit crazy.

We should have this huge statue of Bjork at the harbor like the statue of liberty and instead of a torch she would be having a microphone and she would shout out some information about Reykjavik in three different languages and she would be revolving, you know? And also there would be lights. Her eyes would shoot lights on interesting tourist spots in Reykjavik.

He may be the only current politician EDSBS can formally endorse, since Gnarr got famous in the first place not for politicking, but for a brand of absurdist humor so Scandinavian it makes rotted shark meat look like curried goat in comparison.

As of 2011, Gnarr has balanced the city budget, but has failed to deliver on his promise to erect toll roads along the border with Seltjarnarnes because a.) he has not made it enough of a priority in his administration, and b.) because Seltjarnarnes is in Iceland, and therefore does not by definition have a border with the Icelandic city of Reykjavik. We remind you that the same genetic stock also brought you Minnesota Governor Jesse "the Mind" Ventura, the namesake for the Digital Viking, IKEA, and Anita Ekberg.

On to the living which is spicy!

Holly: The Cheerhattan, which needs a better name. Last year around this time the Digital Vikings were introduced to the Red Blazer, a rye-and-Cheerwine concoction served in Athens. We have since perfected our own version that substitutes Bulleit and adds homemade cherry bitters, making it neither a Red Blazer nor a proper Manhattan. We have no idea what to call it, and need to call it something since we will be marinating in it from here to October. Li'l help? 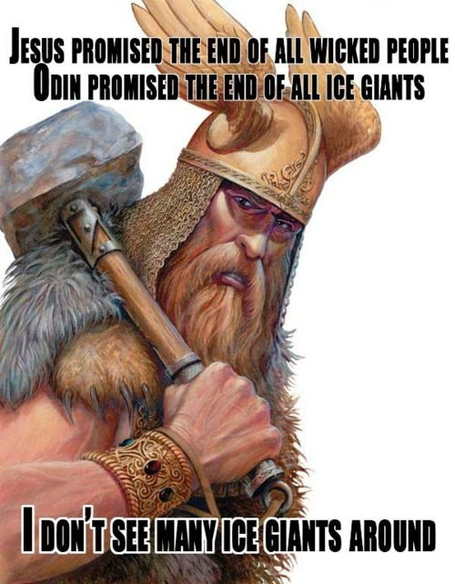 Orson: That's not a picture of Nogne's Russian-style stout, but it is a relevant reminder of who keeps promises in the theological arena. We don't know if the phrase "Norwegian beer" makes any promises other than "Will get you blind drunk enough to get on a North Sea fishing boat in a full gale," but Nogne's stout certainly lives up to that lone promise and more.

At nine percent and sold in a bigass bottle, it will certainly put your brain on the anvil for a gentle knock by a godly hammer, but it also happens to be all cuddly, warm, and coffee-tinged like a good stout while also being unfiltered. Does that mean there's yeasty crap in the bottle of the bottle? Yes it does, and if you drink it you'll feel like you just drank the blood of a Finn, so powerful and full of angry life will you be. (<----This is impossible. Finns do not have blood, and instead have vodka, antifreeze, and pure mania for blood.)

It's the perfect beer for freezing to death while listening to death metal, and we mean that as the highest form of compliment.

Orson: Holly calls it "The George Lopez of Melons," and she's right because both would be best put to use by being eaten ravenously without regret. More consistent than your fickle watermelon, less mushy than the brokeass welfare kid's  of melons, the cantaloupe, and not all weird and awkward at parties like random melons like the Casaba or the musk melon, the Honeydew is the King Cobra of melons, feared, fearsome, and capable of killing a man with a stare and a flick of its toothpick. 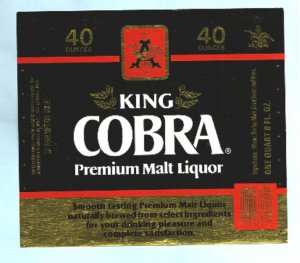 Look! It's the honeydew of malt liquors!

REAL HISTORY: In ancient Persia, the honeydew was considered more valuable than money, and one was made King for a month once until it rotted, and everyone got really sad because the king had died and someone had wasted a honeydew. So they elected a cantaloupe, and found it guilty of treason, and punished it by feeding it to a goat, the only thing that would properly punish the treasonous kingmelon by eating it. Then it remarked that cantaloupe was so bad Kroger and Publix just used it as filler in between grapes and strawberries and most especially bits of honeydew, and everyone thought the goat was so on point they didn't even say anything like, "Why the fuck is that goat talking? And why the hell is it eating cantaloupe, because it sucks balls."

And then, as best it could, the goat was like "Whatever, and shrugged."*

*Page Threeveleventy and one, 1001 Arabian Nights by John Grisham. Look it up.

Most remarkably, mince pie achieved and maintained its hegemony despite the fact that everyone—including those who loved it—agreed that it reliably caused indigestion, provoked nightmares, and commonly afflicted the overindulgent with disordered thinking, hallucinations, and sometimes death.

Consider the case of Albert Allen of Chicago, arrested in 1907 for shooting his wife in the head. "It was this way," Allen was quoted as saying by the Trenton Times, "I ate three pieces of mince pie at 11 o'clock and got to dreaming that I was shaking dice. The other fellow was cheating and I tried to shoot his fingers off. When I awoke, I was holding the pistol in my hand and my wife was shot."

p/s One of you sent this article to us for this very purpose, and we have ungracefully forgotten which. Step right up!

Orson: REQUEST FOR PROPOSAL. Small internet collective seeks results of experiment involving someone seeing what happens when you take an airbag out of a car, put it under a drunk man's ass, and---oh, who are we kidding. You go right ahead, Russia. The contract's yours and everyone knows it.

WE HOPE YOU ARE HAPPYS WITH OUR WORK.

Yes, Russia, you did well. You always do.

Holly: Amid our weekly celebrations of Things What Blow Up, we must for once pause and honor something that never, ever will: Derek Dooley's hair, which turns 42 today along with the rest of him, making it the answer to life, the universe, and everything. 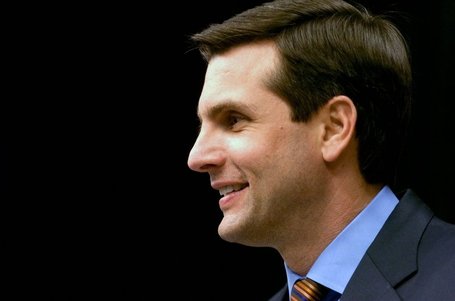 Look at that raven's wing shit. Feathered and lethal.

Holly: This counts as transit, right? Because you had to have gone somewhere to get here? 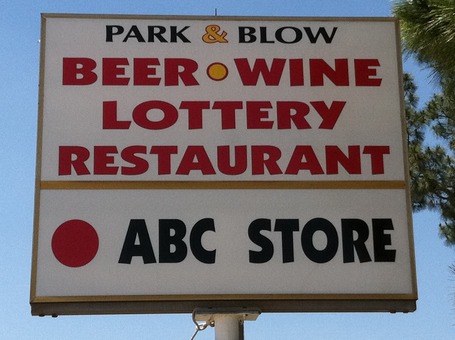 Orson: The 2011 Fiat 500. It's so tiny we think it might be edible, or classified in some countries as "frisky office equipment," and thus exempt from import taxes, but we must have it both because it has received largely positive reviews, has an interior that looks like a thousand dollar espresso machine, and because it may actually have an Italian model who slaps you while you drive berating you for your infidelity and irresistible demonic sexuality. It's like a Fellini movie you can wrap yourself halfway around a telephone pole in! (Halfway, because it is teeeeeny.) 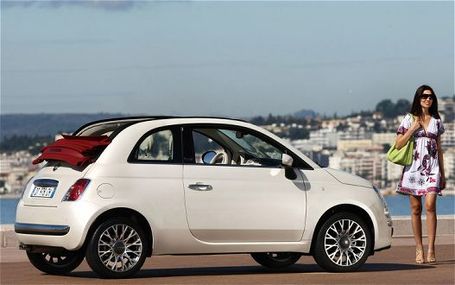 "Francesca, you shall have to share me with Carlotta and Marlena. Such are the ways of an artist. Come, we shop for shoes."

Holly: Consumer Reports. Be smart about shit you're buying! We already are, thanks to a longstanding family subscription. We hope that news does not disappoint Mr. Michael Robert Brooker, of an Ohio State University, who took such offense to our innocuous promotion of a network site that he wrote us this, after which we got mad and put his email address on the internet, after which we're guessing he thought a really good way to get back at us would be to sign us up for ... a bunch of Consumer Reports newsletters, under a VERY MEAN name. 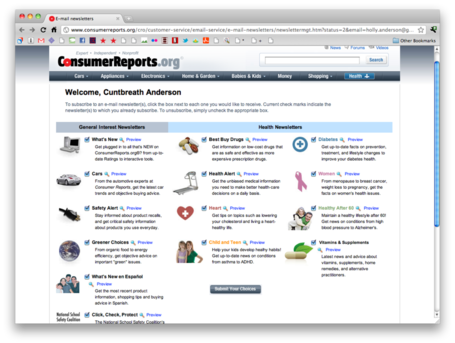 Orson: First, it's a really spooky Robert Johnson song, and you should be listening to Robert Johnson for the education factor alone, if not for pleasure:

Second, a variation of the song title is the name of Hellhound on His Trail, Hampton Sides' account of the stalking of Martin Luther King, Jr. by James Earl Ray and the massive manhunt that followed. It's powerful for all the obvious reasons, but the most intricately rendered moments surround the city of Memphis and the horrified reaction of its residents to King's death: the mayor breaking down in his office in tears, the garbage workers' grief and sense of responsibility for MLK's murder, the general impression that everyone in the city knew something had been ruined forever by the tragedy. (Fun fact in an un-fun story: the mayor had a shotgun in his desk in Memphis, just in case he needed it.)