Share All sharing options for: THE CRYSTAL CAPER IS THE WRITTEN ON THE WIND OF AUBURN FOOTBALL

Auburn's series of videos "The Crystal Caper" seems innocuous enough, but so did the films of Douglas Sirk until you looked closely enough at their carefully constructed subversion. Sure, this seems like a campus production about Aubie stealing the BCS trophy, but soon we are plunged into the dark underbelly of life in southeast Alabama itself: its passions, its secrets, and the things Trooper Taylor says to the poor girl at the Foy Information Desk in the middle of the night when no one else is listening. 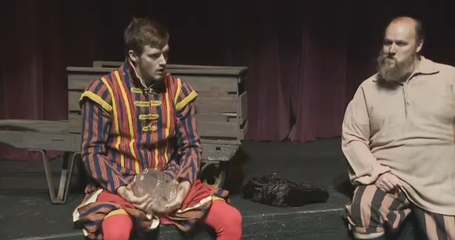 First Clown: Ay, e'en that--wait, you're not having sex with that, are you?

First Clown: Thou shalt bleach and windex when finished.

First Clown: Ah, but his acts hath been vacated.

Hamlet: Of course--if not, then two princes thrust into one throne would be an ill fit, Clown!

Hamlet: Let they be women of loose city-gates and morals, Clown, you stand correct. 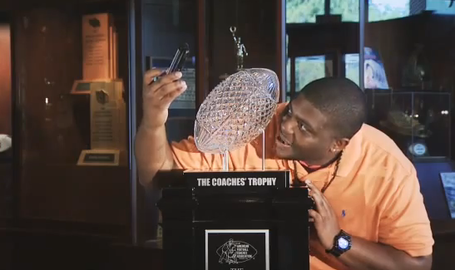 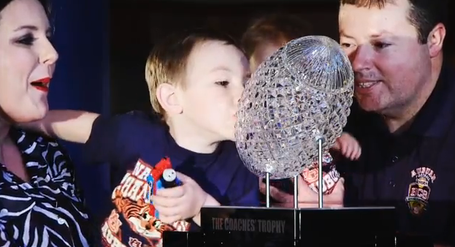 "Daddy, can I kiss the trophy like mommy kisses our pastor?"

"I HEARD THEM THEY SAID THEY WERE PLAYING 'ALL-IN'" 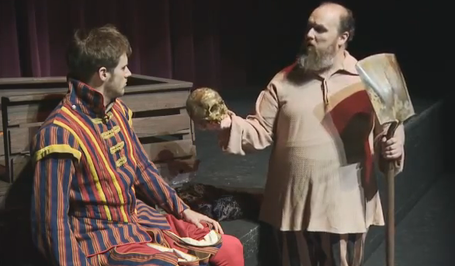 "How drunk did you and Pat Dye get last night?" 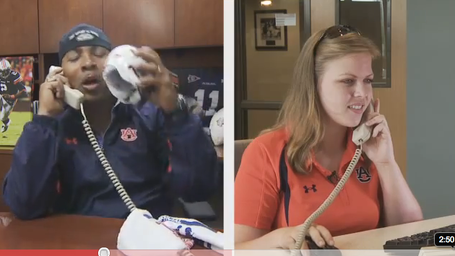 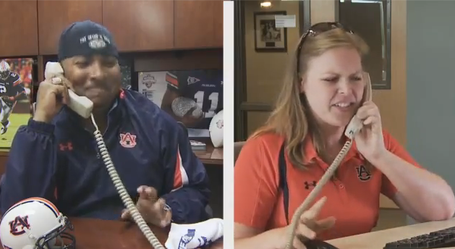 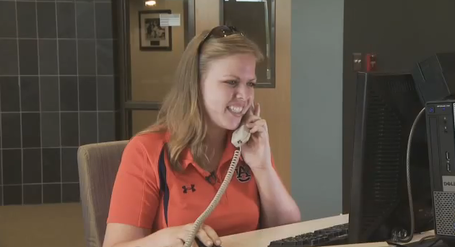 "Yessir, I can answer that Auburn will be paying Gene Chizik $3.5 MILLION JESUS WHAT THE HELL--"