It's a long offseason. The Digital Viking: The EDSBS Guide To Spicy Living is our antidote to long weekends without sweet, sweet football. The five categories are Drink, Comestibles (snack), Combustible (shit what blows up), Transit (gettin' by) and Canon (essential cultural inputs), watched over by a patron saint invoked for inspiration. On duty today: Douglas and Orson. 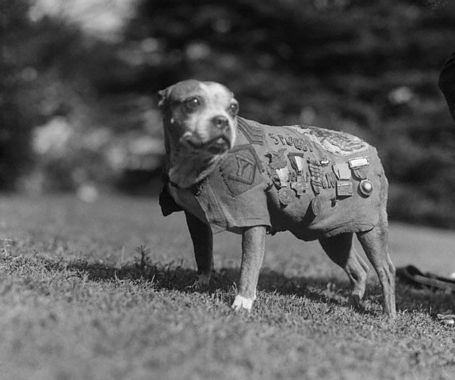 In a week full of exciting WAR DOG related news, let us remember the greatest WAR DOG of our past, the legendary Sergeant Stubby. Stubby adopted U.S. Army trainee Private J. Robert Conroy as he trained at Yale University, trapping him first with cuteness, and then with his ability to follow drill commands, bugle calls, and even do a one-pawed salute. This all sounds very adorable, but Stubby's plan was but a cunning prelude leading up to Stubby's true goal: ripping the debauched, effete, and thoroughly evil throat out the Kaiser himself.

Stubby then talked Conroy into smuggling him onto the boat over to France, where he was discovered by a commanding officer who--combat tactics, Mr. Ryan!--allowed Stubby to remain with the unit after Stubby saluted him. He then followed the unit into battle and quickly became the greatest canine soldier of his generation, surviving gas attacks, alerting soldiers to incoming artillery long before their weak human ears could hear them, and even capturing a German spy by biting the living shit out of him until his backup arrived.

Stubby even dared the Germans to play fetch with grenades, and suffered injuries when he miscalculated the timing on one particularly unfortunate throw, but whatever: Stubby wanted blood, sweet blood, and a little bit of spare German change left in his carcass was going to quench this thirst for a little Hun-punch straight from the tap.

Stubby finished the Great War with 17 battles to his name, a wound stripe for his bad fetch call, and the rank of Sergeant. He later became the model for the Georgetown mascot, boosted morale by visiting veterans in the hospital, and died at the age of something like ten or eleven in the arms of Conroy, muttering his final words "I only regret not ripping the sweet flesh of the Kaiser's voicebox out of his throat myself."

Raise a glass to Sgt. Subby, and then proceed to the Digital Viking.

Doug: Holly and I busted out the Bulleit Rye for not one but two momentous occasions this past week: First, the news that Osama bin Laden had gotten himself wet up by a crew of Navy SEALs in Pakistan, and a few days later, the kickass finale to another kickass season of "Justified." Bulleit. Bullets. Huh -- we didn't plan it that way, but it worked out kind of perfectly, didn't it? 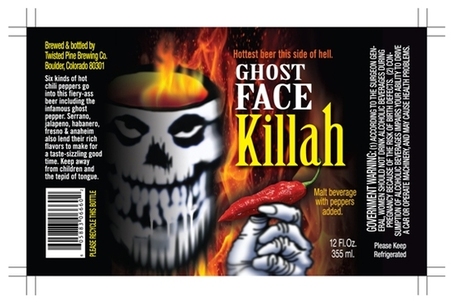 The beer made from hot peppers indeed sounds like that leaving a hearse, it will indeed do worse to your palate, throat, stomach, and even the very lines you use to funnel your beer into glasses.

Twisted Pine will begin pouring the beer in five-ounce glasses at its tap room on Cinco de Mayo -- and serving it with a queso dip made from the beer -- but won't be putting it on tap. "It's so hot, you can't even put it on tap. It will destroy your tap line," Valenta says, adding that the brewery had to replace its tap line after serving the beer on tap last year.

And for no reason, let us quote our favorite Ghostface triplet ever:

Who want to battle the Don?
I'm James Bond in the Octagon with two razors
Bet cha'all didn't know I had a fake arm

If there is another rapper who will boast about having a prosthetic arm AND agree to use his name on a beer that destroys plumbing, we have not met him.

Orson: You could tell your friends you've given up, or you can simply greet them at the door in your sweatsuit, put on a nice episode of Big Bang Theory, pour you and your friends a glass of Smirnoff Ice, and then roll out the white flag of life surrender: DiGiorno's Pizza and Cookies. 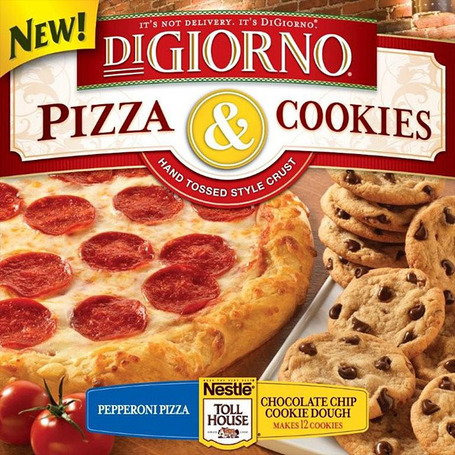 We don't know if this is a warning shot across the bow of our civilization from impending doom, or a bold new exercise in liberated shamelessness, or a subtle form of federally subsidized suicide, but know this: it is SOMETHING.

Doug: My anaconda don't want none unless you got Ben & Jerry's Cinnamon Buns, hon.

I'd found this wondrous flavor while I was living in Birmingham and had been hunting in vain for it ever since, and then Orson and I stopped off at one of his favorite community markets in east Atlanta one weekend, and . . . there it was, sitting in the freezer, positively glowing like the thing in the briefcase in "Pulp Fiction." I clawed through that freezer case like a honey badger and came up with two more pints, and it's been cinnamon bun heaven ever since. It's also part of a nutritious breakfast!

Doug: Here's your "free science lecture" of the day: There's no such thing as a routine rocket launch. One minute you're counting down on the launch of a Delta II rocket carrying nothing more than a regular ol' GPS satellite, the next you're calling your insurance company to come total out your pickup truck.

Orson: Two forms of tree trimming for you, both insanely dangerous and therefore on our list of things we want to watch other people do. First, trim your trees the American way: with a shotgun.

Or if you want the really ballsy way to do it, why not attach a rotating deathblade apparatus to a helicopter and achieve lethal decapitating force in not one, not two, but three planes.

Orson: Bring back the El Camino! No, seriously, we could make this happen.

Doug: Citroën retired the C4 from World Rally Championship racing in 2010 after winning the drivers' and manufacturers' titles three straight years. Starting this spring, you -- and by "you" I mean "that small portion of EDSBS's readership that lives in Europe" -- will be able to buy the street-legal version of its replacement: the Citroén DS3R, latest addition to my Teensy European Cars With Ridiculous Engines in Them Hall of Fame. Two hundred (and two) horsepower in a hatchback that's smaller than a Chevrolet Aveo? I will take one in black, please. Watch for me making the Wile E. Coyote face as I go flying sideways across my neighbors' front lawns.

Doug: Bringing this thing full circle on the "bullets" theme, there's only one question to be answered when it comes to Michael Mann's 1995 masterpiece "Heat": Great shootout scene, or greatest shootout scene? (Video clip sort of NSFW for language and, you know, loud automatic firearms.)

It has De Niro and Pacino in it (even if they only share about 15 minutes' worth of screen time). It has William Fichtner dying in sweatpants. It has Henry Rollins AND Tone-Loc. It has one-time DV Patron Saint Danny Trejo playing a character named, ironically enough, "Trejo." (When you're Danny Trejo you get to keep your name, even in a movie as awesome as this one.) It even has acting and character depth, which you are free to appreciate or not appreciate as you watch the BULLETS BULLETS BULLETS. Possibly the greatest crime drana ever committed to celluloid, and one of the rare three-hour movies that's ever made me cross my fingers for a four-hour director's cut.

Orson: Can I just remind you, very quickly since it's way late on a Friday and we have to place Derby bets, that you are wasting your ears if you like any form of hip-hop and are not listening to Return of 4eva by Big K.R.I.T? And that you can download it for free legitimately and without guilt? It's theft, and you just got away it.