A RECRUITMENT VISIT FOR RUSSELL WILSON

Share All sharing options for: A RECRUITMENT VISIT FOR RUSSELL WILSON

Russell Wilson is sleeping peacefully in his apartment when out of the usual hum of insect noises and street noise comes a singularly recognizable but muffled noise: the rhythmic chopping of helicopter blades.

His door blows open. He is surrounded by armed men with masks. They hold AR-15s and M4s, and stare at him in the dim streetlight shining through his open window through night-vision goggles. A figure wearing a flak jacket steps forward. 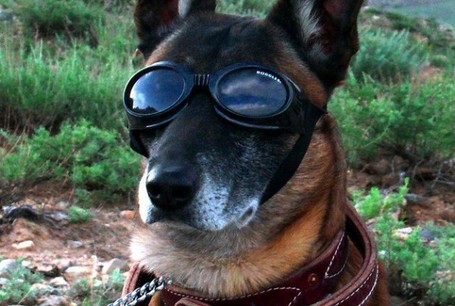 Lt. WarDogEagle: Hello, Mr. Wilson. Be still. You are in no danger.

Wilson: WHAT THE HELL WHY ARE YOU TALKING---

Lt. WarDogEagle: That's not important right now. What is important is that I remind you that you have a choice coming up Russell, and I want you to make the right one.

You're not Jesus, are you?

Lt. WarDogEagle: No, but I've been known to send men to see him, Russell. I am concerned with the promised land, though. Are you familiar with the Auburn Institute of Exploding Dogs?

Wilson: No. What the hell--

Lt. WarDogEagle: Understanding isn't important. What you do need to know is that they blow up some of the finest dogs in the world there, Russell. Big dogs. Small dogs. Fluffy dogs. Hairless dogs. I saw a Chinese Hairless blown into the hereafter by an anti-tank mine there. Do you know what that will do to your psyche, Russell? I did it for my country, but it's still does something to you? Can you understand that, Russell Wilson?

Lt. WarDogEagle: Oh it's bad, Russell Wilson, but it's nothing compared to watching Chris Todd try to run the zone read. Are you a friend of horror? Then please, stay where you are and let Barrett Trotter run the most beautiful college offense this side of the Mississippi. You'll be an accomplice in an atrocity if you don't go to Auburn. I hope you're prepared for that.

Wait, are you trying to recruit me to Auburn?

Lt. WarDogEagle: Quiet, Russell Wilson. There is no me. I don't exist. Neither do Hambone, Oodles, and Little Seizure, or any of these men behind me.If they did, they'd just be doing me a favor they owed me for doing them a big favor a few days ago in a little mountain vacation home I recently helped acquire for my friend Uncle Sam. Had to kick the previous tenants out on some seriously overdue back rent. They weren't cooperative.

Lt. WarDogEagle: Of course you do, Cheese Toast.. You like all things of excellence. That is why I know you'll make the right choice. Your contact is known to you as Nite Towel. He will be waiting for your signal when you are ready to be part of the most elite unit in the world. When you awake, you will understand what we want you to use to signal.

You may even meet Colonel Gustav. His methods are unsound. His results are undeniable. I want you to see all these things, Cheese Toast.

But now we must leave, and you must go back to sleep.

Lt. WarDogEagle: I don't bargain, Cheese Toast. I learned this the hard way with an untrustworthy operative you may now by the code name Preacher. I will not repeat that mistake. Good night, Cheese Toast.

A quick whooshing noise interrupts the silence of the apartment. A sharp pain flares in Wilson's neck, and he feels the dart's cold steel exterior for an instant before the world goes dark.

Man, that was a crazy-ass dream. Last time I eat that much pizza before I go to bed. Anyway, I---

He looks down on his comforter, and sees a white towel draped over his legs. 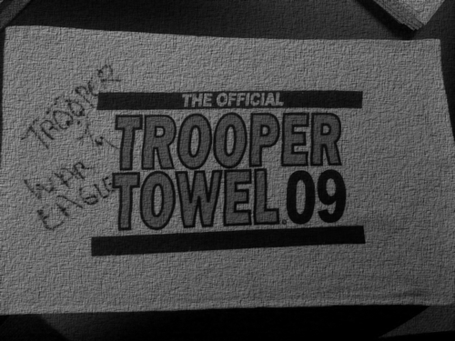 He notices a plate sitting on his nightstand. On it sits a plate of cold but still edible cheese toast.

He eats it, and considers his options.