Viewing party! Kansas State is putting in Astroturf and they'll let you watch online. No, for free! We know! It's like the FaxCam, but even better since you don't know what's going to happen. Maybe they'll do that patch over the right first, or maybe the left, or who knows, they might even take a break or something. You won't know what happens until you watch! 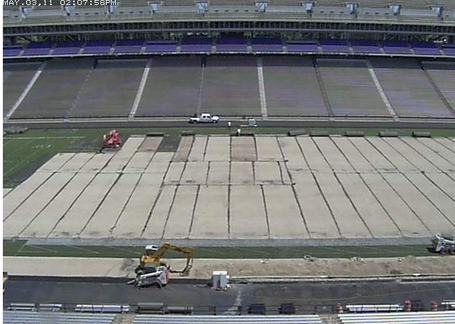 REPEAT UNTIL YOUR SURROUNDINGS ARE PARTIED TO THE GROUND. (Via)