It wasn't so much the aggression: other soldiers have joined the military under odd circumstances before, just as Lewis Millett did in enrolling in the Canadian military just to fight Nazis before Pearl Harbor brought the US into World War Two. Other soliders have had distinguished careers, and other soldiers have engaged in lunatic displays of heroism so forbidding to the civilian eye they straddles the line between madness and valor. (George Mallon, for instance, once attacked a German during an assault on an artillery installation in World War One with his bare hands after he fan out of ammo. Ist ein knucklesanvich, Kaiser Swillhelm!)

What made Lewis Millett's career so Patron Saint-worthy even on the long list of brave souls eligible for Memorial Day Digital Viking status was his zeal not just for taking it to the enemy, but his lust for doing it with little more than a bayonet and his bare fucking hands. From the man himself on his approach to fighting in the trenches in Korea:

"We had acquired some Chinese documents stating that Americans were afraid of hand-to-hand fighting and cold steel," he told Military History. "When I read that, I thought, ‘I’ll show you, you sons of bitches!’"

Millett also managed to get promoted to being an officer after being court-martialed for desertion (a charge he earned, remember, for going to Canada to fight in a real war,) passed through Ranger school when he was well over 30, led real live bayonet charges in Korea with improbable success, fought in Vietnam when he was old enough to retire, and had a mustache that could melt the steel of the most stubborn of chastity belt locks. 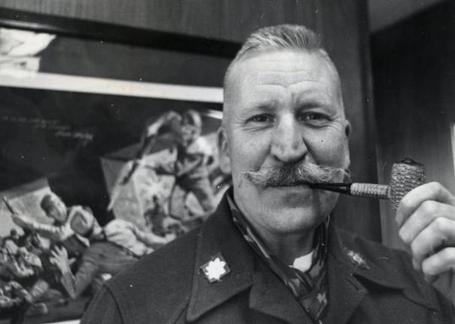 You're damn right that's an ascot, and you're damn right you should honor this man and the chorus of badasses who came before and after him this weekend by drinking beer, getting sunburns, and consuming the grilled meat of your choice in astonishing, liberty-affirming quantities. (Via.)

To the Digital Viking!

Holly: We were sort of alarmed to realize that writing about a French tennis tournament is really cutting into time we would normally be using to pen flowing screeds on one of the most AMERICAN!!1 weekends of the year. Accordingly, we have decided to go the "feelings collage" route, and will guide our recommendations to you this week by whatever happens to be the first Google result for "AMERICAN + [CATEGORY]." Let's see ... [types in AMERICAN DRINK]: 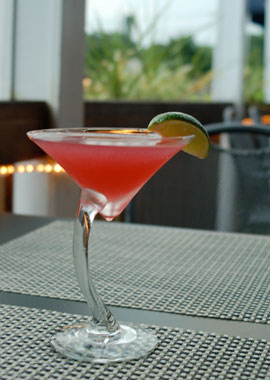 Wait a goddamn second. This is something called an "X-rated Cosmo." THIS IS NOT GOING TO BE A GOOD EXPERIMENT. The next two results are Coke Zero and the Kool-Aid man and, while not made of beer, are at least not horribly upsetting.

Orson: To back up Holly on the oppositional end, let's see what the first real image for "un-American drink" is (the first are all like Nancy Pelosi posters, and no matter your political bent let's all agree that Nancy Pelosi, if she were a consumer product, would be a kind of bland bean curd chip sold at health food stores that smelled like vegan farts and spirulina.) 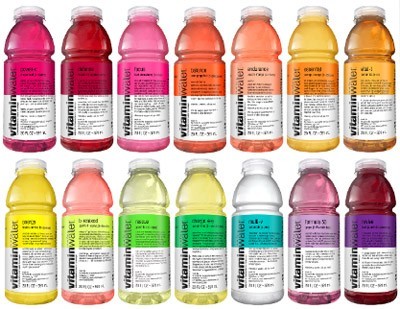 Totally agree. The most American sports drink of all is the classic: beer, preferably kept in a cooler behind first and third base, and consumed during bowling, softball, horseshoes, and all other "sports" where one could not possibly strain a knee ligament. Meanwhile, VitaminWater is the Skechers Shape-Up of sports beverages, and if that isn't the meanest thing you can say about it we don't know what is. 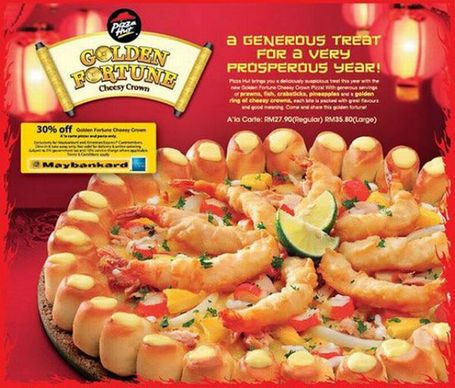 We're going to have to strenuously disagree with Google calling anything that has "eight succulent tempura prawns, tuna, crabsticks, pineapple, and surrounded by a crown of 3-cheese stuffed cheese crowns" the derogatory term of "Un-American." This portmanteau of fried obesity memes can't possibly be anything but a subtle Malay tribute to our own image, a distant, Penang sauce-flavored reflection of our own largesse. (It looks even more spectacular in person.) 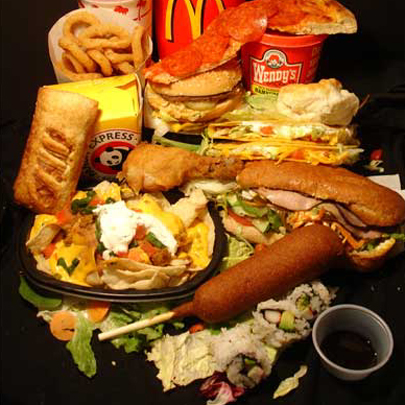 OH, WHAT THE HELL, THERE IS PANDA EXPRESS AND MALL SUSHI IN THIS PHOTO. Is this really what you think of us, cruel web-crawling robots? While discomfortingly accurate, we're clearly going to have to start breaking our own rule to avoid giving you poor dears the most burby-burbly Memorial Day weekend EVAR! (One note of excellence: The photo two down from this one in the search results is a food pyramid with a giant eagle perched on it.)

Holly: The first result for "American explosion" involves a t-shirt, so to hell with that. Two rows down, we find the internet's old friend, Bacon Explosion, but with sparklers and shit! Keen! 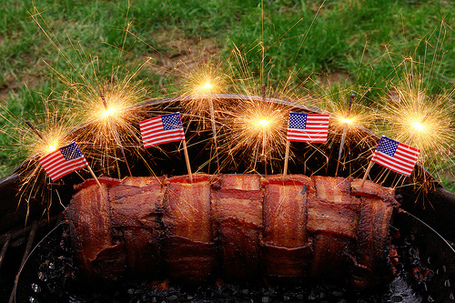 Is there any foodstuff that cannot be improved by the addition of small-calibre fireworks and miniature American flags? Try it in pudding! Try it in gazpacho! Or do what the geniuses who took this fine photo did and make BELT sandwiches for your barbecue.

Orson: OPERATION HARDTACK-TEAK. In the 1950s you could do all sorts of shit and call it "science" as long as you said, "It's okay, it's because we think it'll piss off the Russians." There is no better instance of this than Operation Hardtack-TEAK, a high-altitude nuclear test where a nuclear missile--launched under the supervision of Werner Von Braun himself--where one minor thing went wrong, and one major thing went wrong. The minor thing: the bomb went off 2000 feet closer to the ground than planned. The major thing: the targeting system on the missile failed, sending a huge nuclear warhead off to detonate directly above Johnston Island, turning the terrified collection of scientists in hornrimmed glasses and Hawaiian shirts into ground zero's trembling temporary tenants.

The bomb did not blow a hole in the Earth's ozone layer as some had predicted (hoped? \m/,) but it did give Samoa a brilliant showing of the aurora australis and knocked out radio communications for eight hours to the island, leaving the mainland command to finally get in touch with the unintentionally hilarious question, "Are you still there?" This led to the cancellation of high-altitude nuclear testing JUST KIDDING WE DID MORE INCLUDING ONE THAT COULD BE SEEN CLEARLY FROM HONOLULU.

(And the Russians were the only crazy ones. Suuuuure.)

Orson: Back to the theme after a fantastic nuclear diversion. The most prevalent result for "un-American Car" will shock you if you are, in fact, a Duh Studies Subscriber. 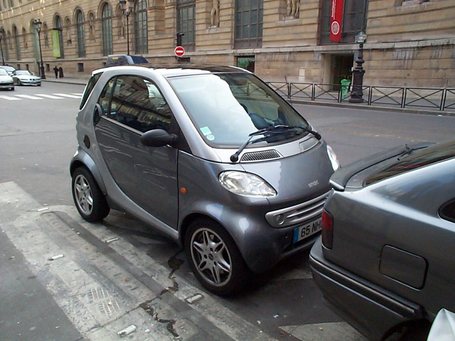 No bullshit plastic piping? No jumbo-sized cupholders? You mean I'm the one who dies on impact, not the seven infants in a van? IT PARKS? Reaching for an antidote immediately---

Whew. So much better now.

Holly: The first nine pages of search results for "American boat" are yawny, but then there's this, which is festive enough, and looks like it might be fun to set on fire while riding: 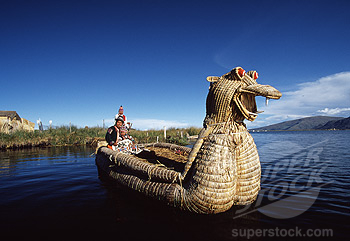 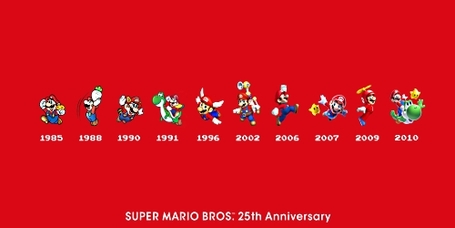 Good enough. Our interest in video games topped out with Goldeneye; we still own and use an OG Sega Genesis, and thanks to Wii technology, we can just live in our Donkey Kong Country with Bubsy and a couple of Goomba Boots without ever having to kill a hooker or do any WWII reenactments. It's a simple life, but it's ours.

Orson: Since we couldn't find anything that wasn't just butt-stupid for "Un-American book" or "Un-American movie," we'll just put on some cold ones with Karl and rock out to Hugh Laurie's "America Song."

Stephen Fry may be a fancified Oxbridger, but he's been to an SEC football game and throws a savage throat punch, and for that he can join Team America anytime.