Share All sharing options for: THE DIGITAL VIKING: EDSBS'S GUIDE TO SPICY LIVING*

*And the end of the world, where applicable.

[We welcome back our Fearless Leader from vacation on the somber occasion of God calling home that most Macho of Men.]

Spencer: What was it? Why did it sound like that? Why did you feel like calling what was clearly "him" an it, an it festooned with enough useless tassels to outfit a store's worth of cowgirl jackets? Why did he sound like that, like a man whose vocal chords had been cut and replaced with barbed wire growling like an AM radio lunatic. His voice was what I always imagined instantaneously translated Mexican radio would sound like: gravelly, incoherent, and so enthused about its own presence it needed no pretense or goals to justify itself.

A National Merit Scholar in high school, his favorite book was Thoreau's Walden. He came into the ring to Elgar's "Pomp and Circumstance," but spent years flying off unsteady turnbuckles in the dingy municipal coliseums of Tennessee, Michigan, Florida, and Georgia before changing his name to reflect his wrestling style--highly choreographed, but ultimately savage. The accoutrement stuck to him like barnacles attracted to the crazy: the electric yellow kneepads came first, then the sunglasses, the jackets, and the scepter, and then as his hair became untenably thin the bandanas and cowboy hats coated in rhinestones and tassels. It all flew off of him like so much sheet metal off a roof in a hurricane during matches. In fast-forward, he looked like deranged royalty crashing by himself in an invisible stock car.

Accidents in Randy Savage's ring happened only by design. Unlike almost all other wrestlers of the period, Savage prided himself on choreographing his matches. The attention to detail resulted in what is roundly regarded as the greatest match of all time, Savage's match against Ricky Steamboat at Wrestlemania 3. A thirty minute epic featuring nineteen two-counts ended with Savage losing his title to Steamboat, but Savage's combination of grimacing theater, camera-gnashing stage presence, and meticulous pre-match prep was its own triumph. If you're looking for the right category for this match, it's somewhere in the space between sport and art right next to Kareem Abdul-Jabaar's sky hook and Peyton Manning's pre-snap arm-flapping.

Savage would wrestle for years after Wrestlemania 3, but never again reach the same pinnacle of technical genius and barfloor thespian brilliance. He became his own brand, an event that made his oddity a marketable one. "Randy Savage" became funny in and of itself, and dulled the part of your brain that might have picked out the individual elements of his character's genius: the animal voice, the rambling, often incoherent mike sessions where he talked himself in and out of corners like a hallucinating hobo, the constant hunch of the shoulders giving the viewer the impression that, at all times, Randy Savage was somewhere flexing and plotting his enemies' doom. Watch his hands, and you will see a malevolent, spastic toddler waiting to crush something he dearly loves.

His career is littered with much of what is familiar in the wrestler's death notice. He squabbled over contracts with management. He suffered the slings and arrows of unfortunate heel turns. He made an unfortunate rap album. He lost others to the demons of the squared circle, most notably his first wife, former manager, and co-star Miss Elizabeth, who died of a drug overdose at fellow wrestler Lex Luger's house in 2003.

The years were kinder to him on the whole, though, than they were to former wrestlers. He remarried in 2010. His health was, until the very end, better than some of his crippled brethren, and he still made enough public appearances to keep the lights on and the bronzer flowing. His death was quick, and the memorials largely positive since, above all things, he was to most people the Slim Jim guy, the man whose very catchphrase turned you into a medium for his spirit. Even those who never watched a second of professional wrestling understood Randy Savage on sight when he reached toward the camera. That's why he worked as a pitchman: where some needed a thousand words, he only needed two, a flex of the shoulder-chest muscular complex, and a grin and a nod of his folding chair-scarred head to make himself clear.

Say his trademark "OOOOHHH YEAH!" You will unconsciously pitch your voice low, hunch up your shoulders, and extend your jaw and arms forward like someone about to grab life by the lapels and throw it off the top rope. You will become, for just an instant, a fraction of the man himself, a form of immortality as defined by the Greeks for whom memory is its own Valhalla. Randy Savage died at the age of 58 today, and he is also alive in every moment that needs no enthusiasm but its own to justify its existence.


As the world is ending tomorrow, according to quite a lot of sandwich boards, we will be dedicating the day to planning our very own Rapture rager. Pack a thermos. Of bourbon.

Doug: If the world really is ending on Saturday, then I'll have what this chick is having. All of it. 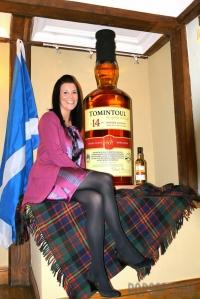 I've never even heard of the Tomintoul Distillery, but they're in Scotland and they've got the ingenuity to put the equivalent of 150 bottles of Speyside whisky in a single bottle, so they get my preliminary vote of confidence. The leggy brunette can come too, but she has to bring her own.

Holly: Our curtains-down rager means the casting off of inhibitions, and it's also nearly summer (and past 90 degrees in much of God's Own Conference to-day). What better reason to lay down your brown-likker mask for just one earthly moment and admit that, in the heat of the swelter, it's OK to like rum drinks? 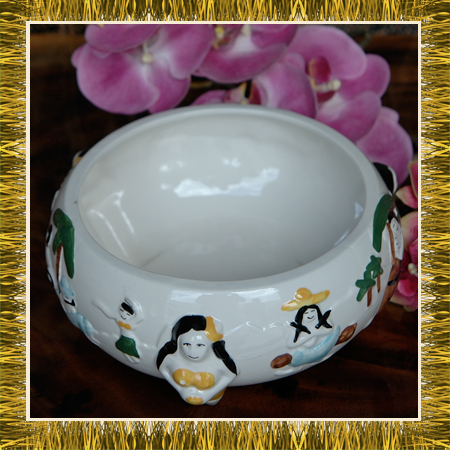 The Trader Vic's Scorpion Bowl. Just add rum, brandy, Orgeat syrup, and juice, and enough straws to share with your dearest. (My bowl has ONE GET YOUR OWN.)

Holly: The hellfires about to sweep the planet are gonna be mighty toasty, making this weekend the perfect scene for an apocalyptic barbecue. Everything that's not meat goed straight into boiling oil, even the dessert. Peaches and cream? Try FRIED peaches and cream, son: 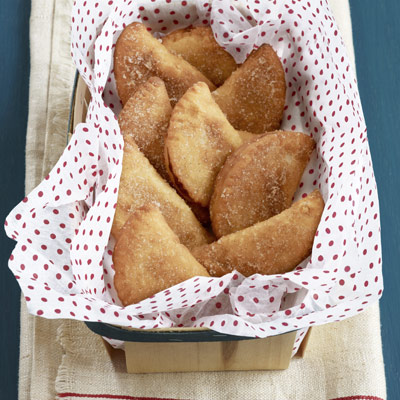 Doug: I've always wanted to roll the dice with Death and try fugu, the Japanese pufferfish that has to be cut by a certified expert lest you wind up with the wrong part and get a lethal dose of tetrodotoxin along with your tartar sauce. Miss Holly had the bang-up idea to find somebody to slice one up, roll it in cornmeal and make me some Southern-fried fugu fingers, and if they slipped up and allowed some poison in there, well . . . who cares, rapture's coming anyway, right? 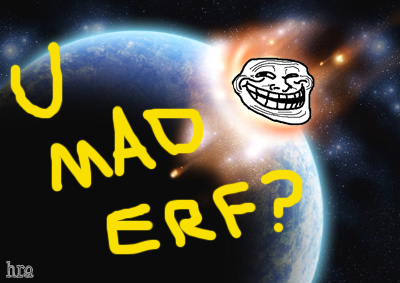 Doug: Last-hurrah fireworks displays don't come much bigger than Castle Bravo, whose 15-megaton yield stands as the largest detonation in the history of the U.S. nuclear weapons program.

Sorry about the fallout, Marshall Islands. But you probably weren't using that atoll anyway, right?

Doug: By now y'all know me pretty well as a teensy-car-loving, global-warming-fearing pinko tree-hugger, but I'll let you in on a little secret: I have an unhealthy fascination with the Cadillac Escalade EXT, one of the most ridiculous production vehicles ever put on sale in the United States. I could half-heartedly attempt to justify it by pointing out that it'd let me ride around in the lap of luxury whilst hauling seedlings to be planted, but why bother? The only purpose of this car is to proclaim "I'm rich and kind of a douche" to the unwashed masses. Should the rapture occur this weekend I'll boost one of these from the local Caddy dealer, install a hot tub in the pickup bed and roam the barren wastes as a modern-day Pied Piper, only with Hooters waitresses instead of rats. Not sure whether I'll fill the hot tub with water or Hennessy, but I've still got a couple days to decide.

Holly: This does involve getting from one place to another, however aimlessly, so here we go:

Parahawking is an activity that combines paragliding with falconry. Birds of prey are trained to fly with paragliders, guiding them to thermals for in-flight rewards and performing aerobatic manoeuvres. 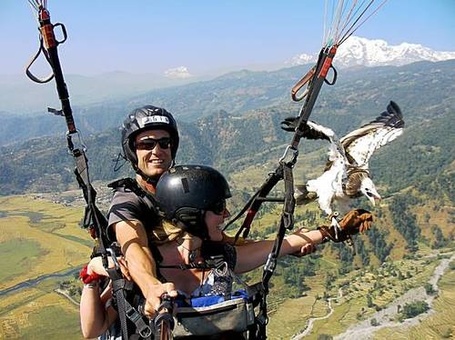 Are we just laying every possible activity along a Punnett square and using it to make new sports now? SIGN US RIGHT THE HELL UP.

Holly: Between Independence Day, The Day After Tomorrow, and 2012, nobody torches our home planet like our boy Roland Emmerich. Shakespeare he ain't (well, not yet), but we are held in constant thrall to everything he does involving ye olde Earth being used as a cosmic punching bag.

We once misread one of these THE MAYANS WARNED US billboards out on the boulevard as THE WAYANS WARNED US, which is as good a reason as any to stock up on bottled water: Two snaps in the circle of life, y'all.