As attempts at trash talk go, "Your fans are so classless" has always struck us as one of the lamer varieties. For one thing, it's a pretty accurate indication that your team has just gotten blown to smithereens on the field; fans enjoying the rosy postcoital glow of victory are generally too blissed out to focus too intently on how classy or not classy the other team's fans were. But more importantly, it's academic. Seriously, you think your bad experience at the hands of a rival fan base qualifies as sui generis? Trust me, it doesn't. The whiskey-laced Coke that got dumped on your head in Tuscaloosa could've just as easily been dumped on you in Auburn, Athens, Austin or Ann Arbor.

No, if you want to properly hate on another team's fan base, hate on them for something specific. And severe. Fans yelled obscenities at you while you were walking to the stadium wearing your team's colors? Sack up, everyone's fans do that. An alum of your arch-rival started a cult that came to a grisly end when he ordered more than 900 of them to commit mass suicide? OK, that guy's forged new paths in assholery. (By the way, congrats, Indiana and Butler: You helped make Jim Jones the man he is. Or was. Quite a feather in your cap there.)

What follows is a handy-dandy guide to a few of the schools who will be attracting the most hate this fall and the despicable human beings who have issued forth from their halls. If you really want to get your hate on, don't despise them for some random jagweed wearing an unlicensed Walmart jersey who probably never even attended the school; hate them for the actual students and alums they created who went on to make life on planet Earth just a wee bit worse for everyone. Such as: 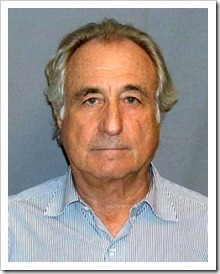 Bernard Madoff (undergraduate, '57) only attended the U of A for one year, but one year of Bernie Madoff is like four years and a master's from any garden-variety thief, con man, or murderer. Madoff's Ponzi scheme bilked nearly $20 billion from his unsuspecting investors, a group that included the Elie Wiesel Foundation for Humanity, for fuck's sake. Extra demerits if you're a Sigma Alpha Mu from UA, for Madoff was a SAM brother for the one year he spent in Tuscaloosa. 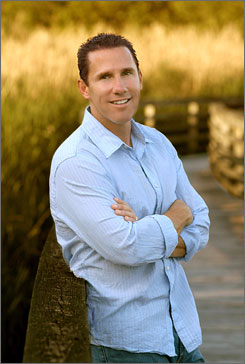 From The Notebook to Message in a Bottle to Nights in Motherfucking Rodanthe, every single word that has come off the pen of Nicholas Sparks (class of '88) has been the very worst kind of treacly, pseudo-emotive crap. Yet he fancies himself as an heir to the great Greek dramatists, as evidenced by this howler of a USA Today interview, and far above Pulitzer winner Cormac McCarthy. I'd describe his work as the literary equivalent of the most overwrought chick flick you've ever seen, but to put the word "literary" anywhere near him is to give way too much credit. And "chick," too, since most of the women I know a) could write him under the table and b) wouldn't touch one of his novels with a 20-foot pole. 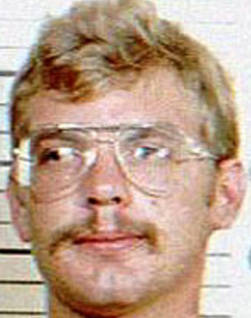 Oh, sure, Ohio State fans get obnoxiously drunk, they set fire to cars, they poop in styrofoam coolers. But Jeffrey Dahmer (undergraduate, '77)? Killed people and ate them. Yeah, that definitely beats whatever Jim Tressel's about to get nailed with. I mean, sure, Tressel's got more incriminating e-mails lying around than the upper management at Enron, but even he never kept a collection of severed penises in his fridge. (Except for Lloyd Carr's! HEYYOOOOO!) 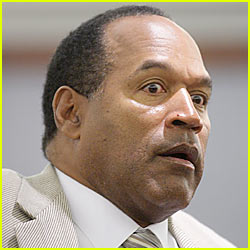 At this point, is there anybody of any race who seriously believes O.J. Simpson (B.A. '69) didn't do it? I mean, you don't see Kobe Bryant writing a book titled If I'd Raped That Chick, or Mumia Abu-Jamal penning a volume called I Didn't Murder That Cop, But If I Had, It Probably Would've Gone a Little Something Like This. Orenthal James' 2008 conviction for armed robbery and kidnapping means we won't be seeing any more of him for another six years at the very least, but long after he rejoins society, he'll still be ruining our enjoyment of the "Naked Gun" films -- as airtight a reason as any to deem him a monster. 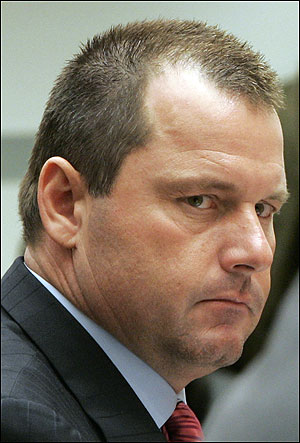 It's bad enough that Roger Clemens (undergraduate, '82-'83) threw inside like his life depended on it, and that he pumped his doughy ass full of steroids and then probably lied about it to Congress. But even if he'd never done any of those things, he'd still be a titanic asshole. Adultery accusations have followed him around for years now, and then there was the incident in the 2000 Series where he hurled a piece of a broken bat at Mike Piazza and tried to excuse it by saying he thought he was throwing the ball. Not that this blog has any love whatsoever for the Mets, but seriously, dude? That's the best you could come up with? If that's his idea of an excuse, maybe he should've told Congress he only picked up all those syringes because he thought they were KFC drumsticks. 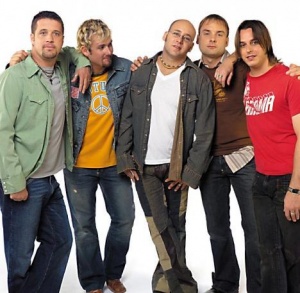 There's queefcore, and then there's queefcore so whitebread it makes Matchbox 20 look EDGY, MAN. If you attended high school or college at any point in the mid-to-late 1990s, Sister Hazel (at least three degrees, late '80s-early '90s) owes you weeks if not months of your life back for all the time you had to spend listening to their milquetoast pseudo-grunge just so that you could get one of their legions of less-than-discerning female fans in the sack. "Oh, uh . . . yeah, I totally love songs with no more than three chords and lyrics with no subtext whatsoever. Say, you don't mind if I go ahead and unclasp this, do you?"