Share All sharing options for: YOUR COACH MAKES A TERRIBLE BOOK COVER

At one point, you as a coach have to write a book. It's a rule, much like making terrible local advertisements, that you will find a ghostwriter, rustle up a book contract, and then crank out one of two types of books.

The hard part for the publisher seems to be putting a cover together. You can't have anything too symbolic, because the point of the cover is to put the coach on there because quite literally the only reason anyone is buying this book is the coach. You can't put forlorn beach furniture on there and hope bored housewives recognize it as vacation reading. You can't put a bizarre twee graphic on the front and hope to angle into the hipster lit market.

No, you need the coach's face on there or all is lost, since people are in fact buying a miniature chunk of that coach to take with him. (In Nick Saban's case, a very small chip of that coach.)  And this is where the trouble begins. 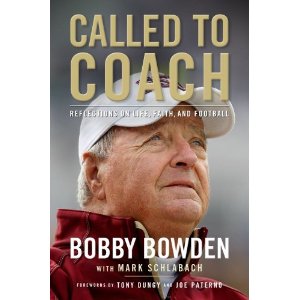 Bobby Bowden's got a wonderful smile. We mean that: it's a backslapping, shit-eating redneck grin with a hint of leprechaun mischief to it. Why, if he weren't made of boiled evil and Satan's toenails, we'd want to buy a car from it or vote for it in elections leading up to but not surpassing the municipal level. (Don't want him doing big thinking, and we have to keep the nepotism to a minimum. Terry can run the Parks 'n Rec lawnmowing crew well enough, but we're not putting him in a Cabinet position.)

Why they didn't use something like that city councilman's grin for Called To Coach is a mystery we will never know. This, however, is a certainty: this book cover looks like Bobby Bowden is trying to crap out the entire 2007 season in one go, and that it is not going as planned. 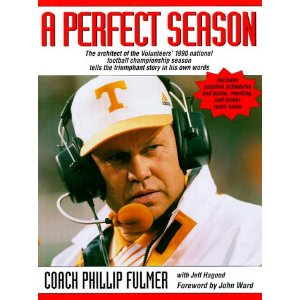 Falling into the One Awesome Season genre, the Fulmer cover has a few problems. Can we do something to cover up his cromagnon face, complete with pendulous lips and cretinous dullard's glaze in his eyes? Well, how about a picture where we have him wearing a hat? Good, but...but do you have one with like, a huge puffy jacket that covers everything? A cloak? Did he ever coach in a cloak with a hood? And a mask? No, but there's this one with him wearing a headset he clearly stole off a NASCAR pit crew. Do you have one with lots of shadow? Maybe one taken at night with the lights off or something? No, but we can slap a starburst in the upper right corner to distract people. That would be GREAT. No problem, man. 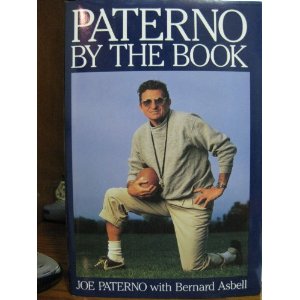 There is nothing bad to be said about this triumph of a coach's book cover. Paterno was clearly running around whaddya whaddya-ing in practice when the photographer, struggling to keep up, said "Hey, coach, let's take the photograph," and Paterno struck the pose and said "There's your photograph, and hurry up, scamp." The sweatshirt says "I've been working in athletics and need sweat-specific clothing," but the highwater pants tell you that Joe Paterno won't let forty years of wear and tear fade his loyalty to a garment. Observe the leg; that is 100% Proscuitto di Paterno. Desire it all you like--only Sue knows its inimitable flavor. 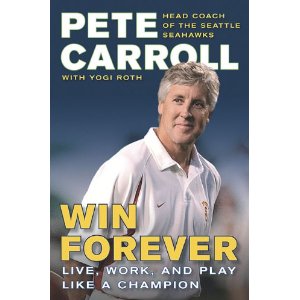 Can you see that this book came out just late enough for them to not have a picture of Pete Carroll in a Seahawks shirt? And that he wrote it with someone named Yogi Roth? In another universe, Pete Carroll is a cult leader in jail for charges of tax evasion defended on the basis of his organization "being an alien-owned organization, and thus not subject to your laws." Look at that picture and tell us we are wrong, and you will be lying to your very eyes. 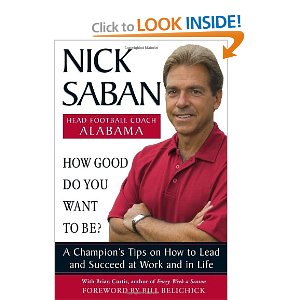 Honestly, Nick? Passable would be fine, and put us above 90% of the general human population.

Nick Saban probably took this picture on the first day of the job and has not sat still for one since. In fact, that may be a cardboard cutout of that picture used for all such appearances and demands on Saban's time propped up at angle for the photographer since we haven't seen that deep a butt-cut on the coach since his early days at Michigan State. And why didn't we see that before: this is clearly the cardboard cutout from his MSU days, and has just been retrofitted for use at Alabama.

(BTW, any guide on "who to succeed at work and in life" with a foreword from Bill Belichick should either include a lengthy endorsement on banging married women or stop right before the "and.") 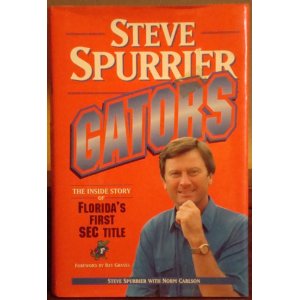 Our first serious infraction of the hands-to-the-face penalty of book jacket photos comes from Steve Spurrier. It isn't the Full Reilly, but it's enough to merit a flag nonetheless. If you want to see the ideal hastily slapped together design ethos in full bloom, you need look nowhere else: HUGE NAME + COACH'S NAME and PICTURE + bunchapiddlywordsyouwontreadanyway + tiny ghostwriter's name on the bottom. Somewhere in North Central Florida, there are still water-ringed autographed copies of this being used as coasters. 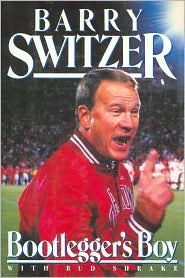 The rare third option of coaching books: the coach's actual life story, and in this case one so sad you might never be able to laugh at Switzer without a tinge of sorrow leaking into your merriment. That said, this book cover looks like it was pulled off the AP wires three seconds before pub date, and even then isn't representative of the Switzer aura due to the lack of tight pants, half-popped collars, or Switzer jaw-jutting. (All on display here for the world, but most especially the ladies, to see.) 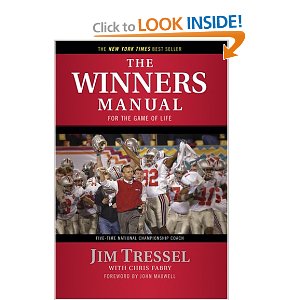 Oh, so this says "no exchanges" on the back, does it? We'll see about that. [Trades 450 copies to local ink parlor for sweet tat of Woody Hayes punching the devil and making him like it.] 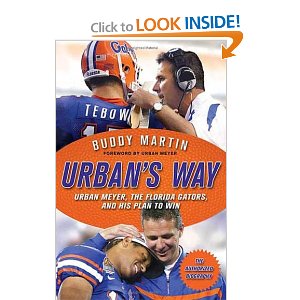 There's a lot going on here: starburst, TWO pictures, and lots of text your dad can't read all at once. One thing does jump out at you here, though. If you are a quarterback, Urban Meyer will cuddle with you until you win championships. 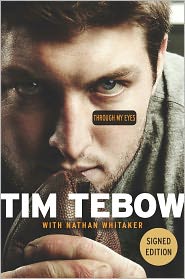 IN HOMESKOOL WE EET FUTBALL. (We know, it's not a coach's book, but the photo was too good not to include.)

P.S. For fun, here's what you get when you search for "Rick Neuheisel" on Amazon.