YOUR SUBMISSION TO OUR COMPANY HAS BEEN REJECTED, MR. RICE

Share All sharing options for: YOUR SUBMISSION TO OUR COMPANY HAS BEEN REJECTED, MR. RICE

Thank you for the submission, but we unfortunately will not be able to use your work on our new website. We are looking for voices who echo a tradition of innovative, moving sportswriting that is at once young but timeless, emotionally moving but with a eye towards clinical critique, and infused with a creativity that never ceases in its quest to expand the parameters of sportswriting.

To expand on this, I'd like to just offer a few pointers for you in order to help you in your future work.

1. Hyphenates are a no-no. Just say "sky." Shorter is always better. This is always true. Trust. Me.

2. Wrestling references are a little low in the class department. This one is dated, too. When you write for us, think: "Would Malcolm Gladwell know who this is?" If not, don't include it.

In dramatic lore they are known as Famine, Pestilence, Destruction and Death.(3) These are only aliases. Their real names are Stuhldreher, Miller, Crowley and Layden.(4)  They formed the crest of the South Bend cyclone (5) before which another fighting Army football team was swept over the precipice at the Polo Grounds yesterday afternoon (6) as 55,000 spectators peered down on the bewildering panorama (7) spread on the green plain below.

3. Really need a reference here. You could link a Wikipedia page here or something to help out the reader, but make sure it opens in a new window. We don't want them going anywhere but here.

Be poppier, too. Refer to things not just people like, but that upper-middle class people like. Poor people don't read websites.

4. Gotta have their first names, and preferably positions and classes. You just can't expect people to know this.

5. Terminology: those only happen in the Indian Ocean. "Hurricane" is the correct term here.

6. Like, half the audience stopped at "precipice." Read it and you start running out of breath here, and that is a good indication the average reader is already clicking on TMZ.

7. Panorama. Seriously. Most people will think you're talking about a Porsche or the Canal. Also, if you read the whole thing without stopping, you'll get winded. Reign it in and stop with the five dollar words. And why is this one paragraph? This is easily four paragraphs here. Don't bunch up your words in big blocks like that.

A cyclone can't be snared.(8) It may be surrounded, but somewhere it breaks through to keep on going.(9) When the cyclone starts from South Bend, where the candlelights still gleam through the Indiana sycamores, those in the way must take to storm cellars at top speed.(10)

8. Hurricane. Snared? We're drumming now. This is state school stuff for kids who OD'd on The Red Badge of Courage.

9. I have no idea what you are talking about. A good quote from a player could go here. Did you get any of those? Or did you just sit in the stands and watch the game? Worse still, this reads like a blog. Esquire wouldn't touch this with Chris Jones' dick and me pushing. (No offense. You have to be Gregg Doyel-level good to get touched by Chris Jones' dick.)

10. Insensitive to recent tornado victims. You have to think about these things.

Yesterday the cyclone (11) struck again as Notre Dame beat the Army (12), 13 to 7, with a set of backfield stars that ripped and crashed through a strong Army defense with more speed and power than the warring (13) cadets could meet.

11. Hurricane. At least you're consistent with your mistakes.

12. "The AIDS," "The liberals." You abuse definite articles like my grandmother does. Still reeks of public school, Public School. Think Gladwell!

13. Disrespectful of the troops. 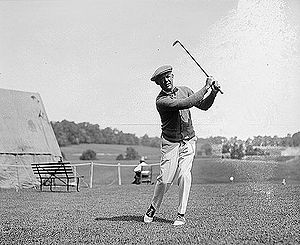 Notre Dame won its ninth game in twelve Army starts (14) through the driving power of one of the greatest back-fields(15) that ever churned up the turf of any gridiron in any football age. (16)  Brilliant backfields may come and go, but in Stuhldreher, Miller, Crowley and Layden, covered by a fast and charging line, Notre Dame can take its place in front of the field.

14. So Notre Dame is starting for Army? Were you drinking when you wrote this? I'm asking sincerely.

15. Hyphenates. When you love a mistake, you stay loyal to it, don't you?

16. If you're writing this for online, couldn't this just be a slideshow? Include "best-running-back-backfields-ever" in the URL for SEO purposes.

Coach McEwan sent one of his finest teams into action, an aggressive organization that fought to the last play around the first rim of darkness,(17) but when Rockne rushed his Four Horsemen to the track they rode down everything in sight. It was in vain that 1,400 gray-clad (18) cadets pleaded for the Army line to hold.

17. This football game happened on Discworld. Got it.

18. Hyphenates. Your writing crutch-wife peeps her head in the door again. Weird passive construction here. Are you French? That would explain a lot.

The Army line was giving all it had, but when a tank tears in with the speed of a motorcycle, what chance has flesh and blood to hold? (19) The Army had its share of stars in action, such stars as Garbisch, Farwick, Wilson, Wood, Ellinger and many others, but they were up against four whirlwind backs who picked up at top speed from the first step as they swept through scant openings to slip on by the secondary defense. The Army had great backs in Wilson and Wood, but the Army had no such quartet, who seemed to carry the mixed blood of the tiger and the antelope.

19. I don't understand. Did a tank kill the Army football team? Is this rhetorical? Do you really want to know the answer to tank vs. person? Is this disrespectful to the troops? I don't even know what you are saying here, so the average reader...well, they are playing Angry Birds now or doing whatever they do. I live in New York. I pride myself on having no idea what normal people do, since I do crazy things like work in an office all day and then go to bars. Pretty sure that's not normal at all, and only happens here. We're all pretty impressed with it, and you should be, too.

Rockne's light and tottering line was just about as tottering as the Rock of Gibraltar.(20)  It was something more than a match for the Army's great set of forwards.... We doubt that any team in the country could have beaten Rockne's array.... It was a great football team brilliantly directed....(21) The Army has no cause for gloom over its showing. It played first-class football against more speed than it could match.

20. I like this. People inherently trust Spanish things. Look at Penelope Cruz. Her breasts are like their own insurance company. Whatever you do, double up on the foreign references as long as they are European or otherwise sexy.

21. Larry King loves using ellipses. He writes for USA Today. Maybe you should apply there under the name "Larry King." You must also become Larry King to make this happen. Otherwise, it looks like you just stopped editing your notes. Drinking makes people forgetful. No, I don't mean you. Unless I do.

Those who have tackled a cyclone can understand.(22)

22. Hurricane. In your case, the kind they sell on Bourbon Street.

I do like one thing about your article: it is typewritten. I admire the hipster cred, even if the ink got on my fingers reading it.

Best of luck in your future endeavors.