Share All sharing options for: GUEST EDITORIAL: SENATOR JERKWHEAT HAS THE FLOOR

The honorable Senator Jerkwheat, the world's only half-Razorback, half-Chippewas fan, takes the floor to expose the enemy within the ranks of the MAC's very own on the announcement of the University of Massachusetts impending admission into the Mid-American Conference. (OR IS IT?)

The floor is yours, Senator Jerkwheat. 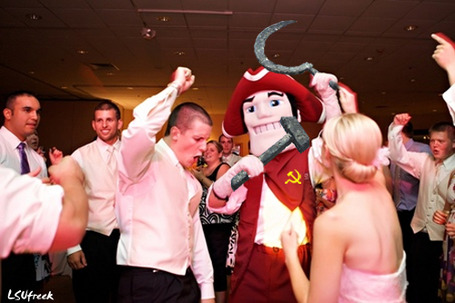 Tonight as we contemplate the expansion of one of the great conferences in Middle America, I would like to be able to talk about what a glorious day today its is in the history of the MAC. As we celebrate the growth of our beloved conference, a league the embraces Tuesday night games and the continued employment of Pam Ward, I would like to be able to speak of bowls in Detroit, of spread options being run, and of Indiana's annual disarmament at the hands of our brethren. These would be truly appropriate things to be able to mention as we celebrate the successes of the Mid American Conference. 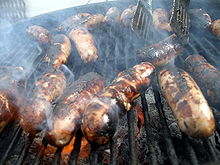 Eight years after the end of the Roethlisberger, men's hearts should anticipate a long peace in the state of Ohio, and men's minds should be free from the heavy weight of jangling keys that comes with war in Midwestern stadia. But this is not such a period - for this is not a period of peace. This is a time of looming war with guys named Sully. This is a time when our world is split into two vast, increasingly distant divisions -- a time of a great armaments race of 2 star QBs without the grades to get in to other schools and lumbering linemen who who have last names that end in -ski or -wicz.

Today we can almost physically hear the mutterings and rumblings of an invigorated god of war. You can see it, feel it, and hear it all the way from the hills of DeKalb, from the shores of Buffalo, right over into the very heart of America itself.

Today we are engaged in a final, all-out battle between the college football atheism of the Mid-Atlantic and wholesome Protestant Midwestern Land Grant Universities. The modern champions of FCS have selected this as the time. And, ladies and gentlemen, the Chips are down -- they are truly down.

Ladies and gentlemen, can there be anyone here tonight who is so blind as to say that the war is not on? Can there be anyone who fails to realize that the football Godless have said, "The time is now and I shall strike at the heart of Muncie, Indiana first so that the damn thing can no longer be done" -- that this is the time for the showdown between the good people of Ypsilanti versus the heathens of Amherst? Unless we face this fact, we shall pay the price that must be paid by those who wait too long. 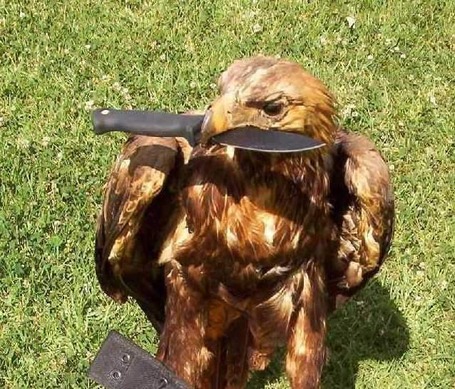 I have in my hand 85 cases of scholarship athletes who would appear to be either card-carrying members or certainly loyal to the University of Massachusetts, a godless place where not a single fuck has ever been given about college football, but who nevertheless are still helping to shape our conference policy. One thing to remember in discussing the Minutemen approaching our conference is that we are not dealing with spies who get 30 pieces of silver to steal the blueprints of new offensive playbooks. We are dealing with a far more sinister type of activity because it permits the enemy to guide and shape our game.

As you hear this story of high treason, I know that you are saying to yourself, "Well, why doesn't the NCAA do something about it?" Actually, ladies and gentlemen, one of the important reasons for the graft, the corruption, the dishonesty, the disloyalty, the treason in the NCAA -- one of the most important reasons why this continues -- is a lack of moral rebellion on the part of the 300 million American people. In the light of history, however, this is not hard to explain.

It is the result of an emotional hangover and a temporary moral lapse which follows every football season. It is the apathy to evil which people who have been subjected to the tremendous evils of the end of the bowl season feel. However, the morals of our people have not been destroyed. They still exist. This cloak of numbness and apathy has only needed a spark to rekindle them. Happily, this spark has finally been supplied Ladies and gentlemen, it is up to you to rise up against these invaders from the East. A call to arms should ring out from Toledo down to that other Miami. From Kent to Mt Pleasant. Do not stand for this invasion from the Northeast! Well, except for those guys in Buffalo. They consume a diet consisting entirely of chicken wings, so they are Midwestern at heart.

The MAC is for the Midwest, and thus, the MAC is for AMERICA. It is for Ron English and Tom Amstutz. It is for you and it is for me. Do not let the Mid-Atlantic Menace gain entry into this most American of conferences. My friends, it starts with one team from Massachusetts, and it ends with Temple in your league.

What's that you say? 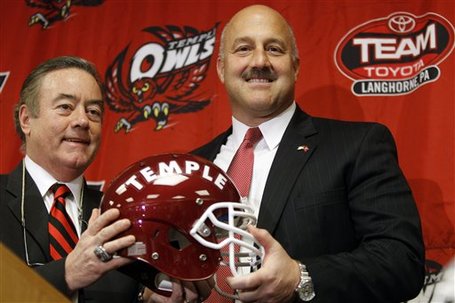 The war is lost.